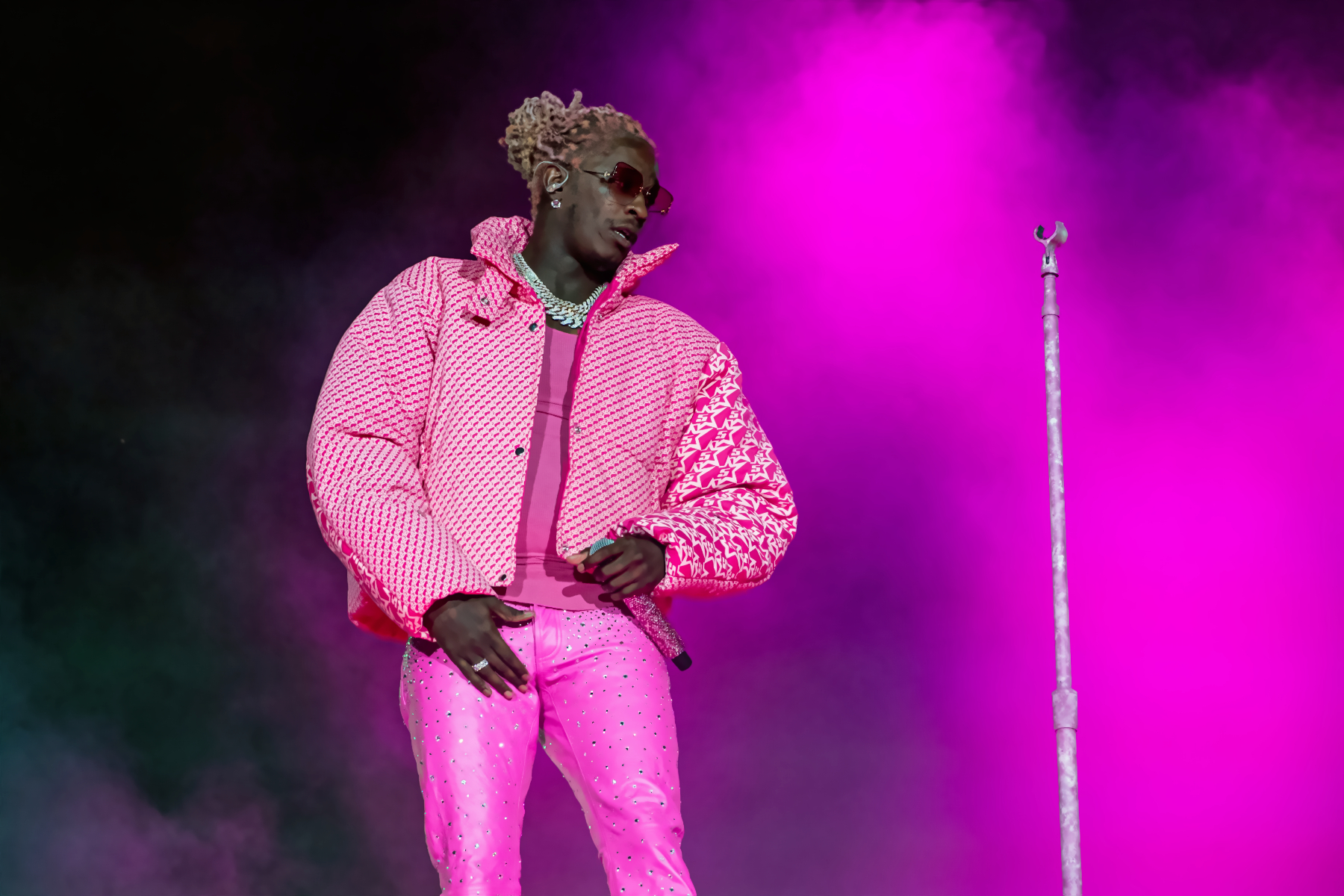 Young Thug was arrested Monday night in Georgia on gang-related charges, according to online jail records.

The “Go Crazy” rapper, legal name Jeffery Lamar Williams, is accused of conspiracy to violate the Racketeer Influenced and Corrupt Organizations (RICO) Act and participation in criminal street gang activity. According to the Atlanta Journal-Constitution, the RICO act charge comes from an alleged offense committed in January 2013, while the gang activity charge is from an alleged May 2018 incident.

Young Thug’s arrest comes in the wake of a 56-count grand jury indictment filed in Georgia’s Fulton County that names 28 members of his YSL Records imprint — including fellow rapper Gunna, legal name Sergio Giavanni Kitchens, who is also charged with one count of conspiring to violate RICO.

Representatives for Young Thug and Gunna have not responded to requests for comment from Rolling Stone.

This is a breaking news story and will be updated.