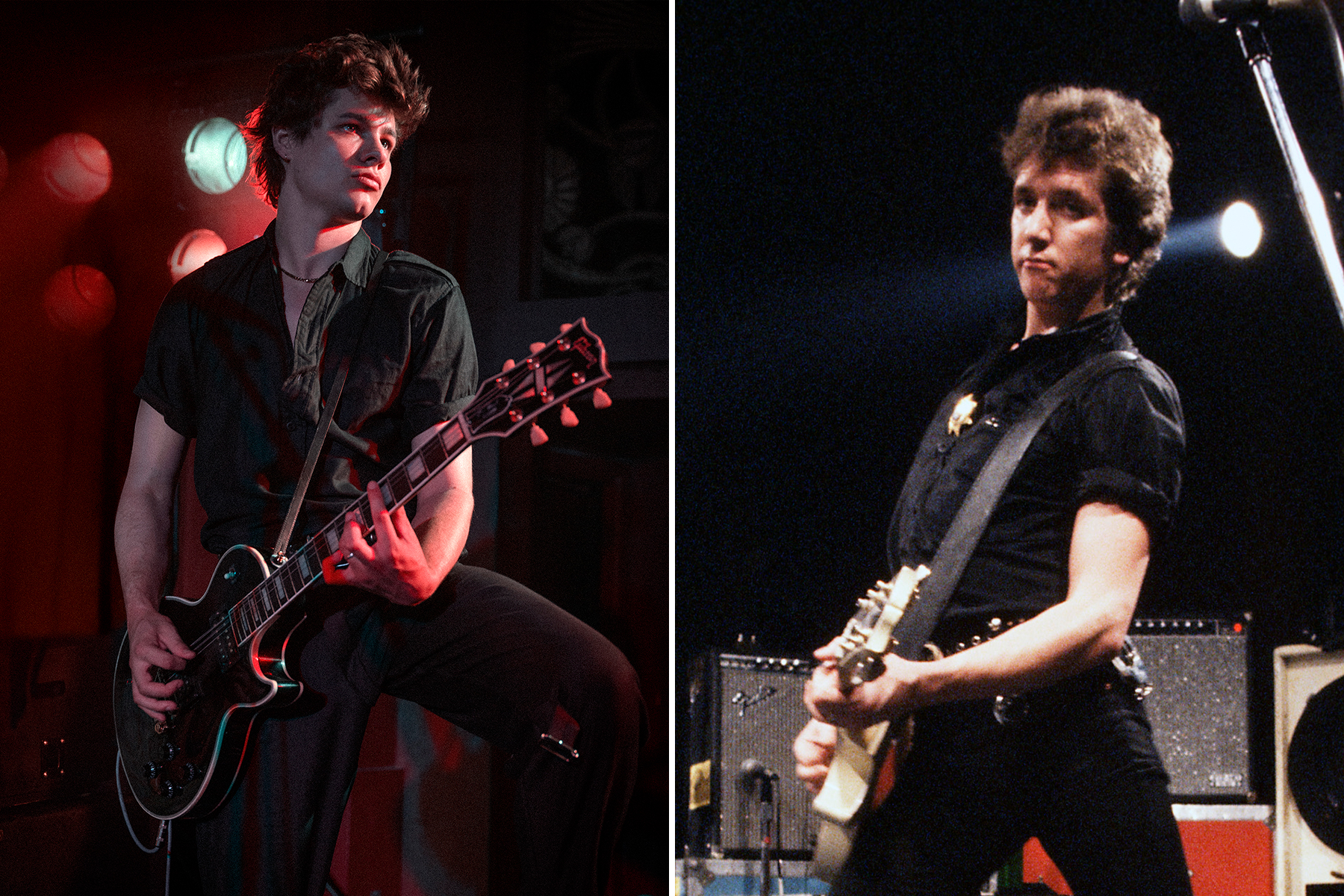 Sex Pistols guitarist Steve Jones hasn’t spoken to singer John Lydon, a.k.a. Johnny Rotten, since they clashed on a 2008 reunion tour, and he just helped fight off Lydon’s unsuccessful lawsuit to prevent the use of the band’s music in Pistol, the new Hulu series about the band. But even so, Jones won’t rule out one more reunion tour for the Sex Pistols, especially with all four founding members alive. (Sid Vicious, who replaced original bassist Glen Matlock, died of a heroin overdose in 1979.)

“You never know, man,” Jones says on an upcoming episode of our Rolling Stone Music Now podcast.  “And we all have our hair, too! If I was absolutely broke, I’d probably consider it… it’s not like I’m closing the door. You never know.”

With Pistol — based on Jones’ excellent memoir Lonely Boy: Tales From A Sex Pistol, introducing the band to a whole new generation — Jones (who also hosts the radio show-turned-podcast Jonesy’s Jukebox) looks back on their whole saga in our new episode. Some highlights follow.

Jones is definitely open to one form of Sex Pistols reunion — a hologram tour like the one Abba is currently doing.
“Seeing that Abba can do it without being there, I’d be down,” he says.

When he recorded “Anarchy in the U.K.” with the Sex Pistols, Jones had no idea what the word “anarchy” meant.
“I was pretty illiterate back then,” says Jones, who’s written about learning to read in his thirties. “And I’m not proud of it, but that’s just the way it was. And I never listened to lyrics. I mean, I knew he was on about something.”

Johnny Rotten’s first audition — which, as the show depicts, involved singing along to Alice Cooper’s “I’m Eighteen” from a jukebox — was not impressive.
“I didn’t see his genius at the time,” Jones says. “I just thought, who is this clown?”

Jones elaborates on his recently revealed, if incongruous, love for the deeply unpunk Steely Dan, who released their jazzy masterpiece Aja in 1977, the same year as Never Mind the Bollocks, Here’s the Sex Pistols.
“I used to hate Steely Dan,” he says. “Now I love Steely Dan. I like ‘Pearl of the Quarter,’ ‘Kid Charlemagne.’ I just like the musicianship, and sonically, the way they recorded. I could never play that stuff, by the way. I wouldn’t know where to start.”

Future Pretenders founder Chrissie Hynde (played by Sydney Chandler) is one of the most important characters on Pistol — which vastly exaggerates her role as a friend of the band.
But Jones says it’s true that Hynde faced sexism on the punk scene, and that despite a sexual relationship with her, he initially overlooked her talent. “We wouldn’t even think about having a woman in the Sex Pistols,” he says. “My purpose was Chrissy. Most of it was literally just sexual. I wasn’t interested in her being a musician. I was just a savage. I just wanted to fuck everything that moved…. I didn’t realize it at the time, but what a great songwriter.” When Hynde recently got to see the series at Pistols drummer Paul Cook’s house, she was stunned, Jones adds. “She couldn’t believe how much she was in it.”

He disputes original Sex Pistols bassist Glen Matlock’s assessment of the band as a failure due to their very brief career.
“I wouldn’t call that failure,” Jones says. “That failure still continues to this day!”

His feelings about the late Nancy Spungen, who introduced bassist Sid Vicious to the heroin habit that would kill him (and who was allegedly murdered by Vicious, though the facts are messy), haven’t softened – much.
“It was a horrible energy that she brought around,” Jones says. “You just wanted to get away from her. But she was still a human being.”

He’s not amused that some latter-day observers describe the Sex Pistols as akin to a boy band, given manager Malcom McLaren’s role in their formation.
“We never, ever thought of ourselves as a boy band,” he says. “To me, that’s like a joke.”