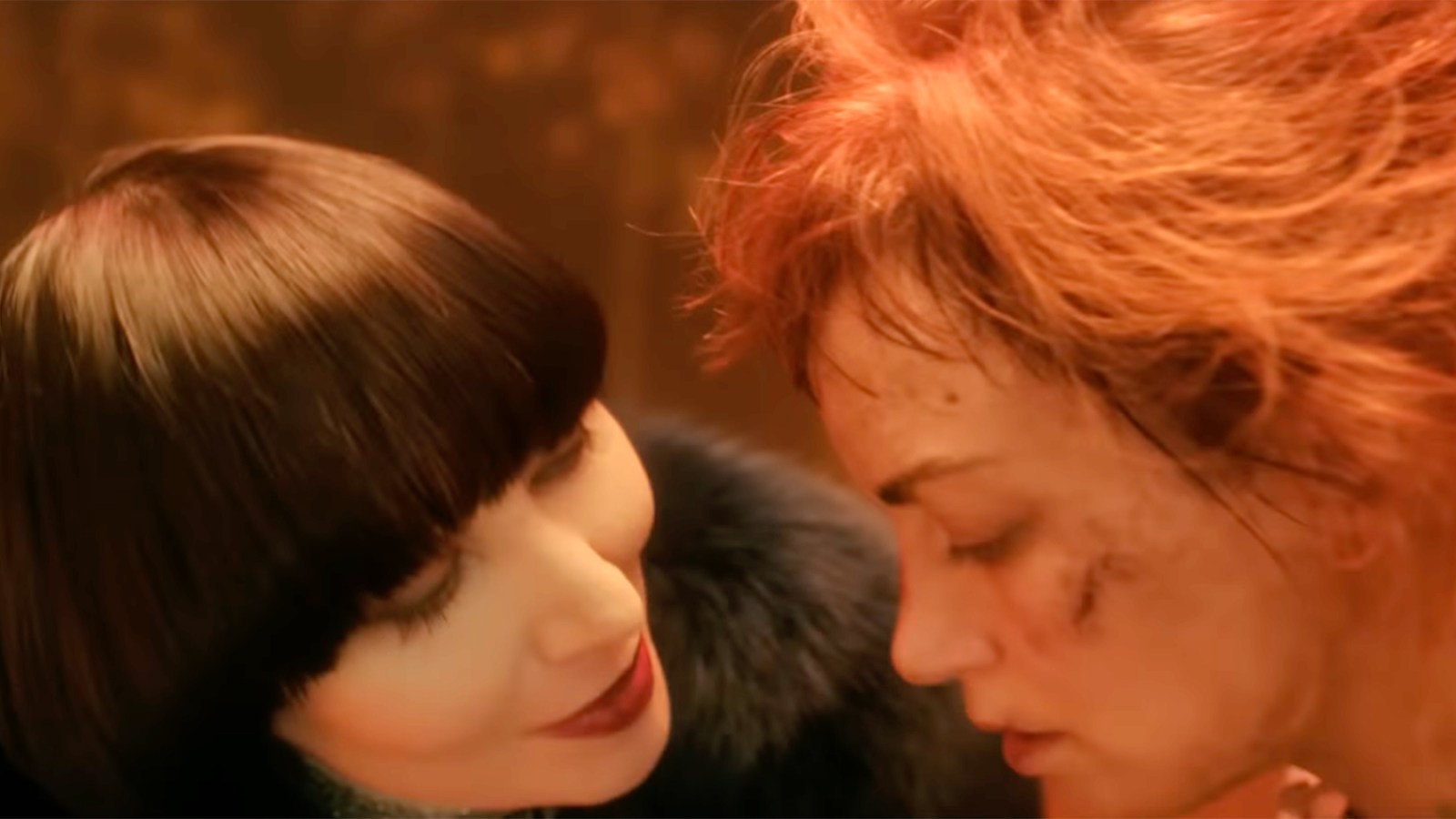 On Monday, to celebrate the holiday, the Yeah Yeah Yeahs released the music video for their eclectic song “Wolf.” The visual follows Severance actress Britt Lower getting lost in the woods and turning completely feral, before discovering Karen O. at a middle-of-nowhere bar.

The cinematic visual, directed by Allie Avital, sees Lower sitting at an empty kitchen table, ignored by who seems to be her husband. She stares blankly into space and follows a talking bluebird into the wild.

“I’m lost and I’m lonely/I hunger for you only,” sings Karen O. “Don’t leave me now/Don’t break the spell.”

Lower, covered in scars and dirt, then sees lights coming from a building, which turns out to be a bar filled with bearded old men. She walks into it, where the men gawk and she sees a logo of a bluebird on a wall before snarling at a customer. Lower pulls back a curtain and finds Karen O., who embraces her.

The actress ends up running back to where it all began: her old house. Her husband sees her from inside and walks out; cat-like, Lower rubs her head against his knee before attacking him and biting his hand. Happy Halloween!

“It was our great fortune to collaborate with the powerhouses Allie and Brit on this video for ‘Wolf,’” Karen O. said in a statement. “Allie casts a spell with the gorgeous world she weaves — always with teeth that bite, and Britt embodies all the contradictions in the themes of ‘Wolf,’ so enamored with her performance that’s got as much heaven as it does hell.”

Karen O. adds, “We were beside ourselves with excitement when Allie cast Brit as the lead in the video, YYYs are serious nerds for Severance, what luck when the stars align.”

“Being part Korean — and just Korean culture in general — was invisible growing up in the States,” Karen O. said in the interview. “I’m still getting more in touch with that aspect of me, because it was invisible for so long. Even though it might get old to be asked about, you’re more deeply dialed into that than I am, being younger than me. It’s become extremely culturally relevant.”

“Wolf” is from the Yeah Yeah Yeah’s new album Cool It Down, the group’s first since dropping 2013’s Mosquito. The LP features singles like “Burning” and “Spitting Off the Edge of the World.”