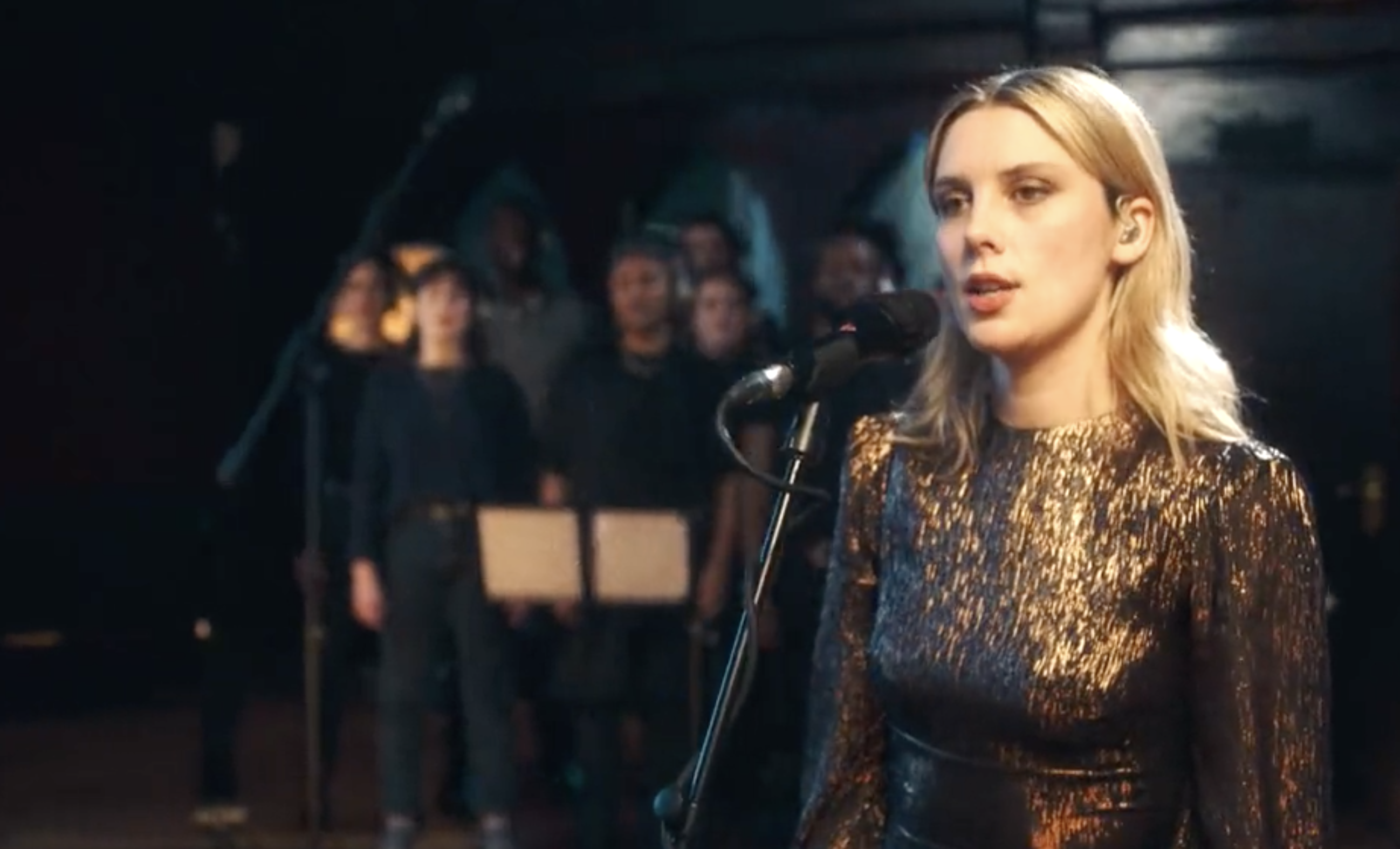 Wolf Alice appeared on The Tonight Show to perform a cinematic version of “The Last Man on Earth” with the help of a choir. The ethereal song will appear on the band’s forthcoming album, Blue Weekend, out June 11th via Dirty Hit/RCA Records.

In the clip, the camera circles singer Ellie Rowsell as she sings the evocative song along with a small choir and the rest of Wolf Alice.

Blue Weekend is the follow-up to 2018’s Mercury Prize-winning Visions of a Life and is available for preorder. Following a rigorous tour schedule behind Visions of a Life, the band began working on demos in a converted church, which served as the basis for their Markus Dravs-produced third album Blue Weekend. The group previously released a video for “The Last Man on Earth,” directed by Jordan Hemingway.