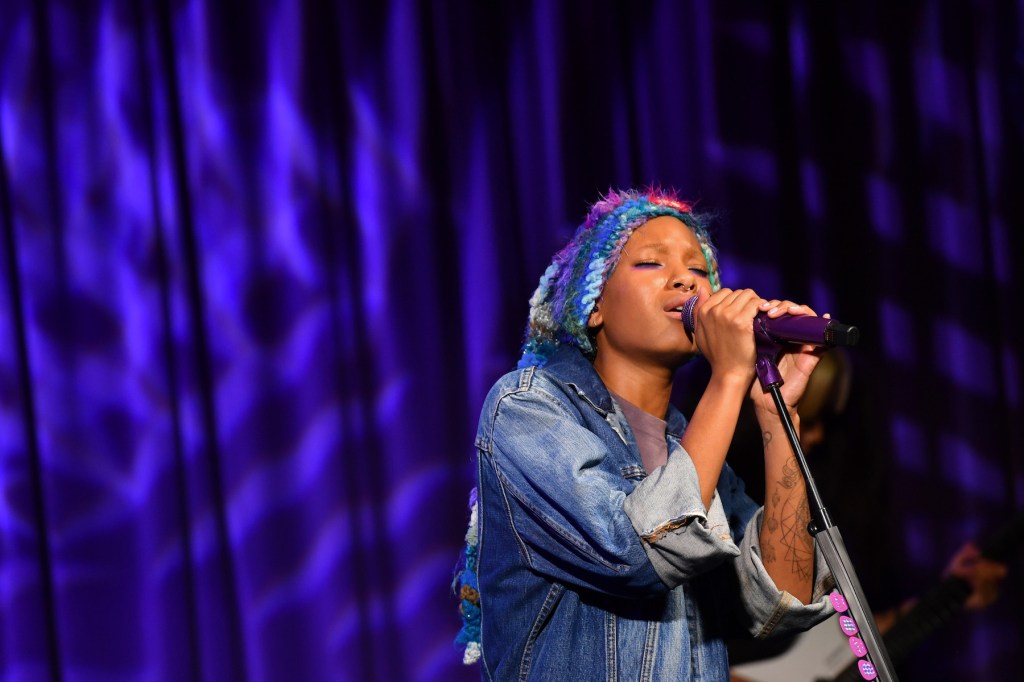 Willow put her own emotional spin on Yungblud’s pop-punky single “The Funeral” by strumming it on an acoustic guitar and tapping into the lyrics’ intention during a performance for BBC Radio 1. Where the original song is a straight-ahead, upbeat rocker, Willow slowed it down and drew out words like “I’ve been dancing at my funeral” while backed up by drums, electric guitar, and upright bass, making it something of a folk-rock song. She performed the song as part of the station’s “Live Lounge Month” series.

“I just love the lyrics,” she said of the song, according to NME.”I love just the vibe that he’s giving on this song. It feels very like Billy Idol to me. I just love the vibe that [Yungblud] has. And I learned it on acoustic guitar a few months ago and was just like, ‘I really love that song, so why not do that?’”

She also spoke to the instrumentation for the performance. “I had to bring out the upright bass, y’know… give it a different vibe,” she said. “Doing it in such a different way… it just fills my heart. I’m so happy.”

Willow also rocked out a little harder, performing her upbeat and anxious song, “Curious/Furious,” for the session. The song will appear on her upcoming album, <Coping Mechanism>, due out Oct. 7. She previously released the singles “Hover Like a Goddess” and “Maybe It’s My Fault” from the album. “It’s all too often in tender emotional states we try to blame our hurts on other people,” she explained of the later track. “Even though none of us are perfect, in some capacity it’s us who allow ourselves to get into situations that don’t serve our highest purpose.”