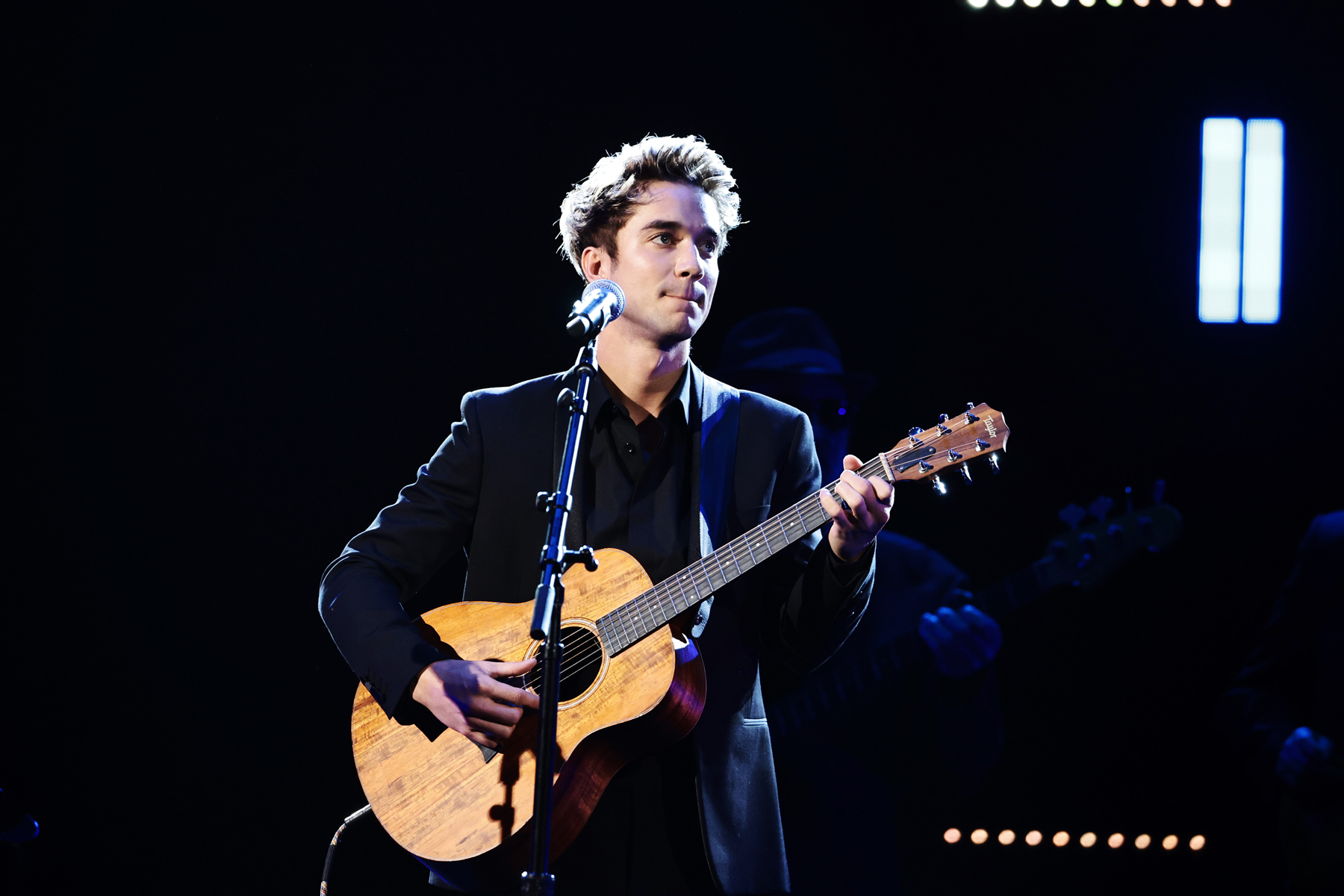 Daniel Seavey is afraid for his safety after a fan broke into his house while he was out of town. On Monday, Aug. 1, the Why Don’t We member addressed the incident, saying he was safe for now, but will be moving out of his current home, where he has a studio, in order to best protect himself.

“I am fearful for my safety and will be moving houses immediately. I will also be pressing charges,” he tweeted. “I am not in LA and am safe for the time being, but I worry a restraining order isn’t enough to protect me, my friends and family.”

i am fearful for my safety and will be moving houses immediately. i will also be pressing charges. i am not in la and am safe for the time being, but i worry a restraining order isn’t enough to protect me, my friends and family.

The statement from Seavey came after TMZ released footage of the intruder ringing Seavey’s doorbell with flowers in her hand. When no one answered, she walked away from the front door before allegedly breaking in through a window. The doorbell footage also captures police putting the fan — dressed in Seavey’s “Free Larry Hoover” concert hoodie — in handcuffs.

In other video captured from inside the house, the fan appears to rummage through the Seavey’s kitchen cabinets while listening to Adele’s “Can I Get It.” Seavey’s dad Jeffery said it had been a “looooong weekend” for the family as he asked fans to “please pray” for the woman.

“The girl was held in a psych hold for 72 hours after her arrest. The Dr informed us that she will prob do it again and advised pressing charges,” Jeffery Seavey tweeted. “We have now filed a restraining order and will be pressing charges.”

The news of the intrusion comes as Seavey pursues a solo career following Why Don’t We’s indefinite hiatus announcement last month. Over the last couple weeks, he’s released a pair of songs, an original “Bleed on Me” and a rendition of Leonard Cohen’s “Hallelujah.”

Why Don’t We’s separation came amidst a long, heated legal battle with their former management company, Signature Entertainment. “All we ever want to do in our careers is make great music and perform for all you lovely people. In light of this announcement, Why Don’t We is officially going on hiatus,” the group wrote on Instagram as they canceled their tour last month. “Your love and support mean everything to us 5 guys.  We love you!”

Why Don’t We have a hearing scheduled with the California Labor Commission in an attempt to remove themselves from their Signature contract. The band previously accused David Loeffler, their former manager, of “mental, emotional, and financial abuse” last September.