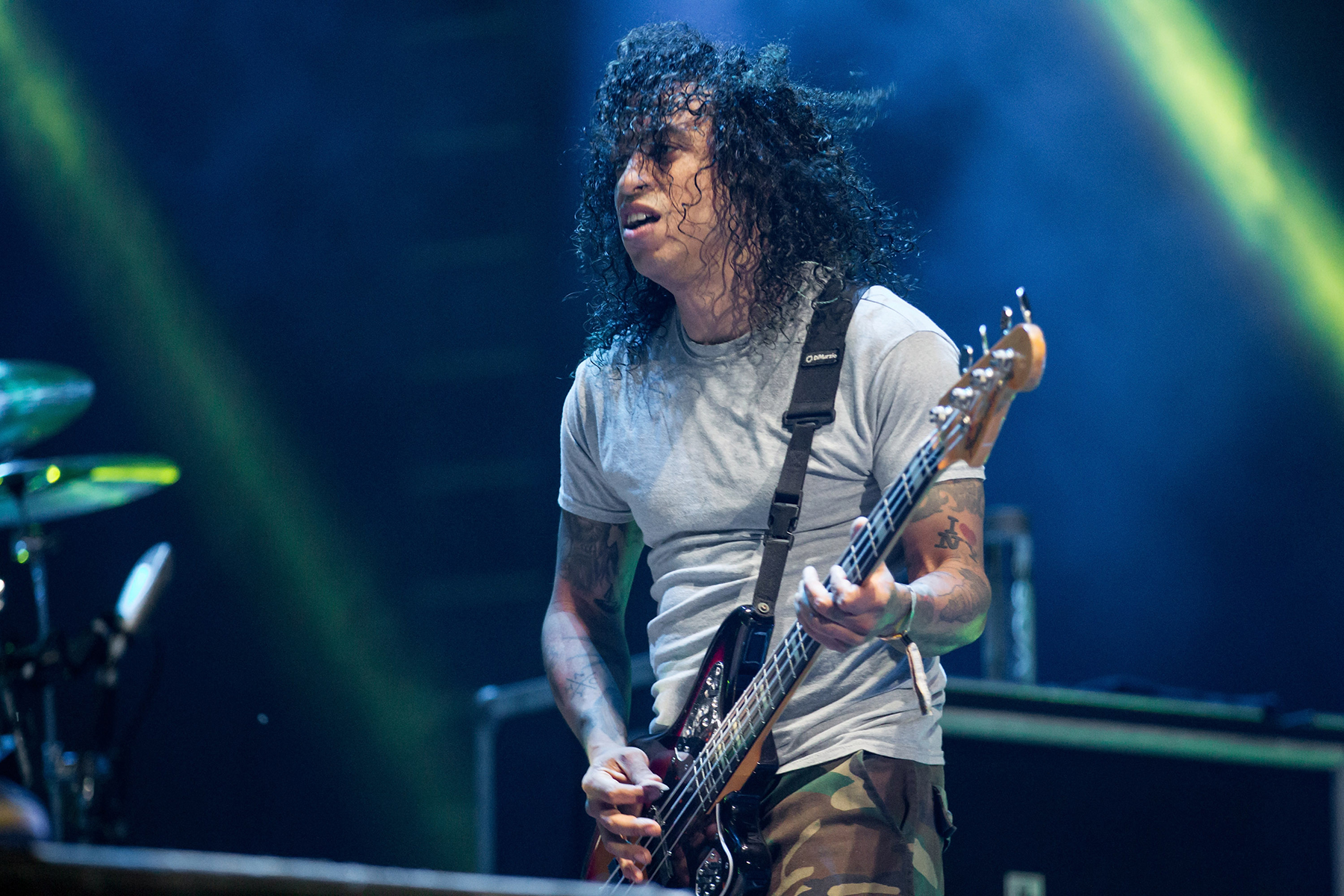 Sergio Vega, who has played bass with Deftones since 2009, officially announced his departure from the group in an Instagram post early Wednesday morning. The statement comes after Spotify recently replaced Deftones’ picture to show a four-piece group over the weekend.

“Covid was a breaking point for a lot of people,” Vega said in a video. “And I started to question my place in the band, and the future that I wanted for my career. I really started to need something stable, because at that point, my contract with them was canceled. One day I got a call from the guys about an internal band situation, and they asked me if I was solid, and that I would have to fly out to L.A. to help work it out. Right away. I said, ‘Of course.’ I was all in, and we can handle my situation later. But I can’t go back to my old contract.

“Our respective management had a conversation to discuss a new contract, and they offered me the same deal,” he continued. “At that point. It was clear there was no opportunity for growth for me. So I declined the offer. And then I called the guys immediately to see where the miscommunication was to resolve it, but there was no response. A couple of days later, I received an email from their lawyer that their offer was withdrawn, and that they wished me the best.”

Vega quietly exited the group early last year and refocused his time on Quicksand, the long-running post-hardcore group he cofounded in 1990. That band released a new album, Distant Populations, last year and toured in the fall. Vega has also been writing for other artists and producing since leaving the group.

Meanwhile, Deftones postponed a tour that was to take place in the same timeframe without mentioning Vega’s departure. Citing the ongoing pandemic at the time, the band said, “we came to the realization that uncertainty still remains in different markets throughout the country” as the impetus for its decision.

A rep for Deftones did not respond to Rolling Stone’s request for comment in time for publication. The band, which is due back on the road in a month, has yet to announce a replacement for Vega.

In his statement, Vega explains that he met Deftones in 1995 and joined the band as a touring member a few years later, temporarily replacing bassist Chi Cheng. He joined the band again in 2009 after Cheng was in a nasty auto collision the previous year that put him in a coma; Cheng died in 2013. Vega played on and co-wrote music for the four albums the band released following Cheng’s death, from Diamond Eyes (2010) through Ohms (2020). “Because of the love they have for Quicksand,” Vega said in his statement, “I was asked to bring the same approach as a songwriter and arranger to them as well.”

The bassist claimed that he had been given the understanding he would eventually be brought in as a full-time member, but, in 12 years’ time, that never happened. “At the start of every album cycle, I asked about becoming an official member,” he said, “but the contract would be improved instead.”

He closed his statement with a message to his former Deftones bandmates, adding that he wished he could have spoken to them in person. “I want you to know that I appreciate all the years we spent together: writing, performing, being taken into your worlds,” he said. “I learned a lot from each one of you, when you brought me in, you created a new sense of passion for music that I will always cherish and carry with me. You truly changed my life.”