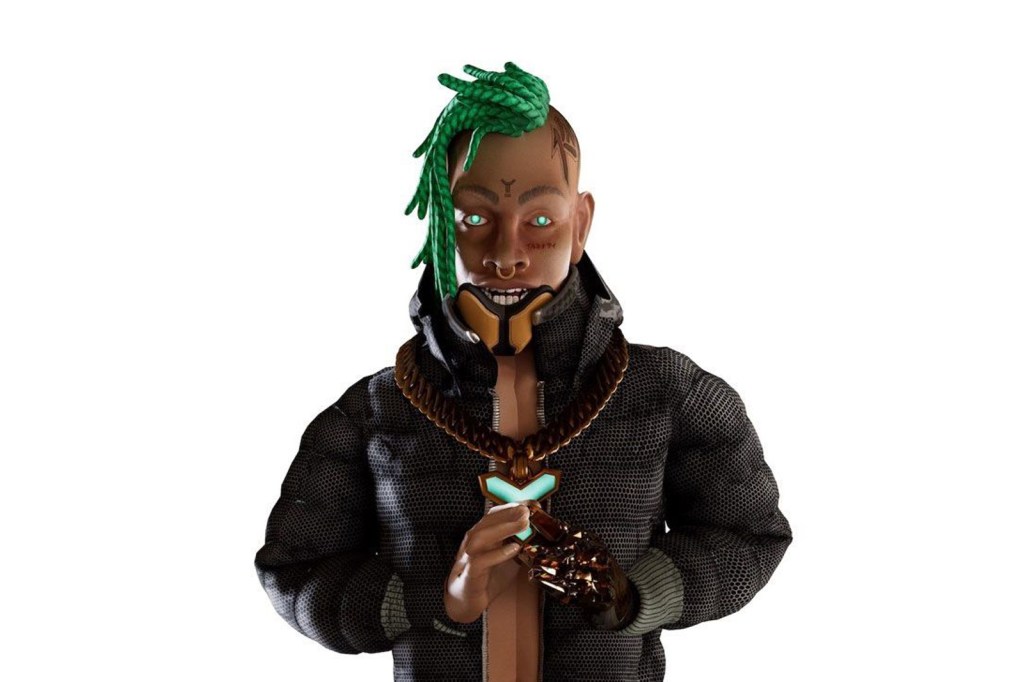 Anthony Martini was no stranger to the music industry before getting involved with the controversial AI rapper FN Meka, who enjoyed a week-long stint at Capitol Records before being dropped amid fierce criticism that the project was an insulting caricature of Black and hip-hop culture. Back in the day, Martini worked at the prominent management company Crush Management; more recently, he served as CEO of Royalty Exchange. But before all that, Martini, who is white, co-founded and fronted the New Jersey hardcore band E.Town Concrete — and frequently used the n-word in his lyrics on the band’s first two albums.

E.Town Concrete formed in the mid-Nineties, releasing four albums between 1997 and 2004 and garnering a solid following — especially in their home state — but they never broke big. Like many other groups navigating the turn-of-the-Millenium rap-rock milieu, E.Town Concrete paired hardcore and metal riffs with elements of hip-hop; as frontman, Martini was prone to scorched-earth screaming as much as MC spitting. While that stylistic blend was par for the course in the era of Limp Bizkit and P.O.D., white bands using racist slurs surely wasn’t.

On the opening line of E.Town Concrete’s “4 the Fame” — off their debut album, 1997’s Time 2 Shine — Martini raps, “It gave me chills the first time that I saw that n*gga since he shot LaGhram.” The n-word appears three more times in that song and pops up again on “Justwatchastep,” “One Life To Live,” “Hold Up,” and “End of the Rainbow.” On E. Town Concrete’s follow-up, 200’s Second Coming, Martini uses the n-word on “First Born,” “Dirty Jer-Z,” “Shaydee,” and “Guaranteed.” Martini and E.Town Concrete are credited as the writers of all these songs.

Martini appeared to stop writing with the racial slur after this. The n-word does not appear on E.Town Concrete’s next two records, 2003’s The Renaissance and 2004’s Made for War. While E.Town Concrete hasn’t released an album since then, they did drop an EP in 2012, and they’ve played live shows fairly regularly over the past decade.

During a performance at Supply and Demand in Long Beach, California, earlier this month, Martini appeared to censor himself while performing songs like “4 the Fame” and “Justwatchastep” (per video of the set). However, Martini was filmed using the word as recently as 2018, during a Philadelphia performance with the band. (He’s also captured using the slur in performances that took place in 2015 and 2016.)

Despite the uproar over FN Meka last month, Martini’s old lyrics largely went unremarked upon, except in some metal and hardcore social media circles and publications like The PRP. Martini did not immediately return Rolling Stone’s request for comment on his old lyrics.

As for his role in FN Meka, Martini did not create the AI rapper (credit for that goes to brothers Chris and Brandon Le), though he was an early champion of the project. In a 2021 interview with Music Business Worldwide, Martini said FN Meka was the first signee to Factory New, a record label “specializing in virtual beings.”

While there was some confusion over how exactly FN Meka’s vocals were written — whether they were done by a human, or spit out by AI technology fed certain information — Martini told Rolling Stone in a previous statement: “FN Meka’s vocals have always been written and performed by humans, which in this case, have been Black voices.” (The Houston-based rapper Kyle the Hooligan has claimed he voiced the character’s first three songs — and that he wasn’t paid for his work.)

FN Meka first emerged in 2019, “signed” with Martini’s Factory New in 2020 and started gaining traction on TikTok and Instagram in 2021. But it wasn’t until the character “signed” with Capitol — and released a single with Gunna while he sat in jail awaiting trial on RICO Act violation charges — that the backlash really began. After FN Meka was dropped from Capitol, Martini cut ties himself with the project and Factory New.

Several activists groups, both within the industry and outside it, blasted Capitol for signing the project in the first place. One called FN Meka, “an amalgamation of gross stereotypes and appropriative mannerisms. This digital effigy is a careless abomination and disrespectful to real people who face real consequences in real life.”