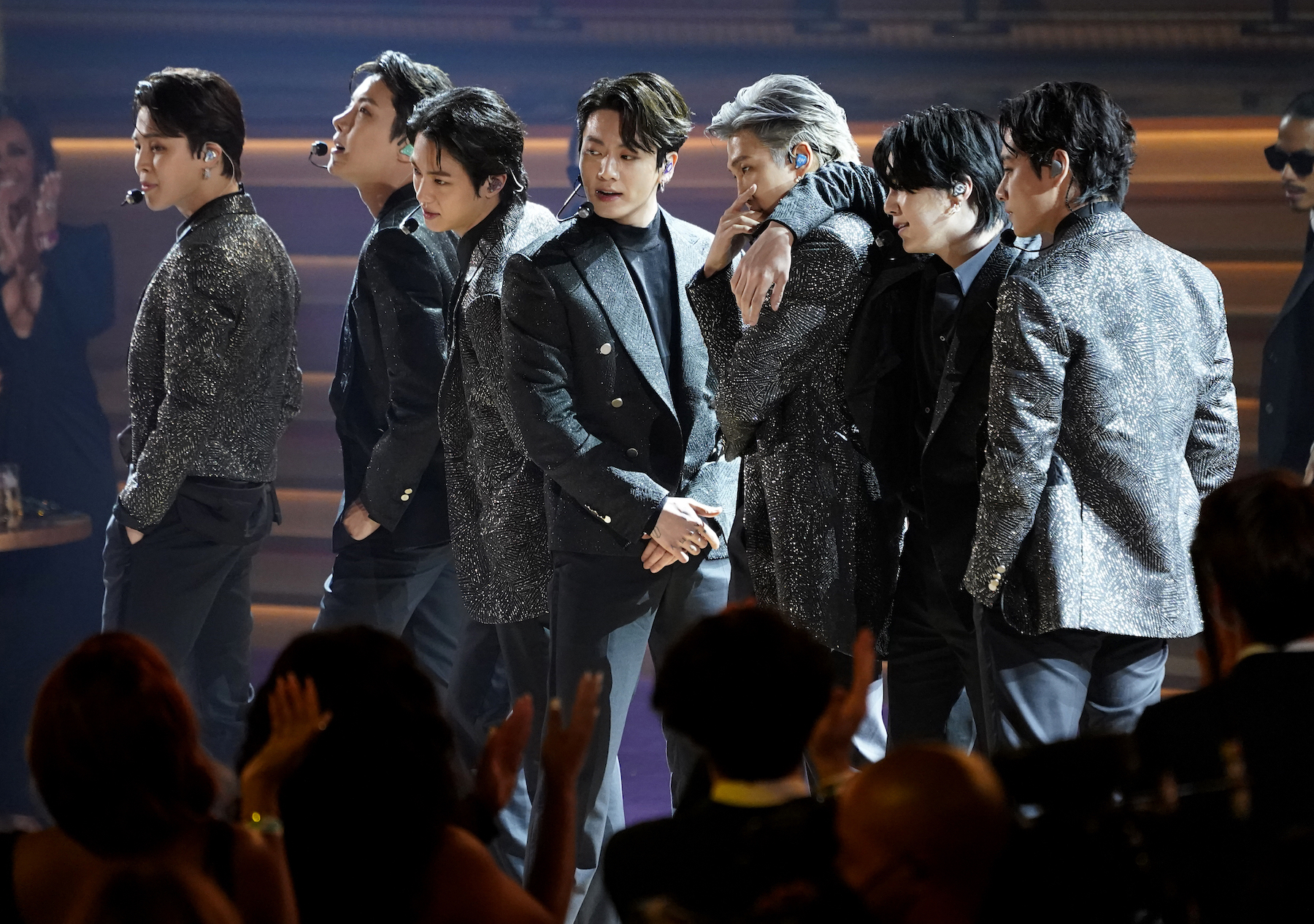 BTS are back and — literally — bigger than ever, with a massive three-CD collection available June 10. Titled Proof, the collection is an anthology featuring some of BTS’ biggest hits and most memorable songs that have been released throughout their nine-year career.

The Halsey collab “Boy With Luv” is also included, as is last year’s summer smash “Butter,” which was released on its own as a single but never on an actual album. The lead single, meantime, is a new track, titled “Yet to Come (The Most Beautiful Moment).” The track was co-written by RM, Suga and J-Hope and will be released on June 10 to coincide with the album release.

Each of the BTS members get to shine on Proof too, with solo tracks from all seven members on CD2. The second disc also includes sub-unit tracks that reflect “each member’s different color and musical taste,” per HYBE.

CD3, meantime, includes two unreleased tracks, “Young Love” and “Quotation Mark,” along with demo versions of previously-released tracks that the guys handpicked for this setting. As a special gift for fans, the tracks on CD3 are only available on CD, so the only one to hear these songs is by purchasing a physical version of Proof through one of the options below.

Where to Buy BTS’ Proof Online

The new BTS album will be released in two editions: standard and compact. Here’s where to buy each edition of BTS Proof online (note: they’re all available for pre-order now prior to the June 10 release date).

The Proof (Standard Edition) includes three CDs, four booklets (The Art of Proof, Photograph, Epilogue and Lyrics), a photocard set (with seven photos in total), plus a random photocard and random postcard (1 of 8). The standard edition also includes a limited-edition poster.

Pricing for the BTS Proof (Standard Edition) is set at $69.99 though Amazon and Target may have it for cheaper. It’s currently available for $64.99 at Target.com as of this writing.

The BTS Proof (Compact Edition), meantime, includes the three CDs, a custom booklet, a random photocard (1 of 7), a random postcard (1 of 8) and a mini poster. It also has a slightly different album cover design, and there is a fold-out “discography guide” included.

Again, it’s available online at Amazon and Target. If you want the sales to count toward BTS’ album debut position on the Billboard charts, we recommend buying the new BTS album on Target.com, since Amazon may use international sellers shipping albums from Korea.

Want to get the best of both worlds? Amazon selling a BTS Proof album set, that includes both the standard edition and compact edition. You can also find the Weverse pre-order edition on Amazon if you prefer ordering from their site rather than the Weverse app.

Of course, only the cover art has been revealed for now. The rest of the box set contents have only been teased online as concepts rather than giving away the full picture. Fans will have to wait until the new BTS album is released June 10 to unbox the entire Proof album experience.

“The anthology album Proof celebrates the nine years of BTS’ journey since their debut, and opens a new chapter upon their 10th year as artists,” says HYBE in a release, adding that “The new album will include various tracks that presents BTS’ thoughts on their past, present and future.”

As part of the album drop, BTS are teaming up with YouTube on the #MyBTStory challenge, which encourages ARMY and fans to share their favorite BTS memories and stories on YouTube Shorts using the hashtag #MyBTStory. The partnership will culminate with BTS releasing an ARMY tribute video on their official YouTube channel featuring some of the Shorts that were created by ARMY during the challenge.