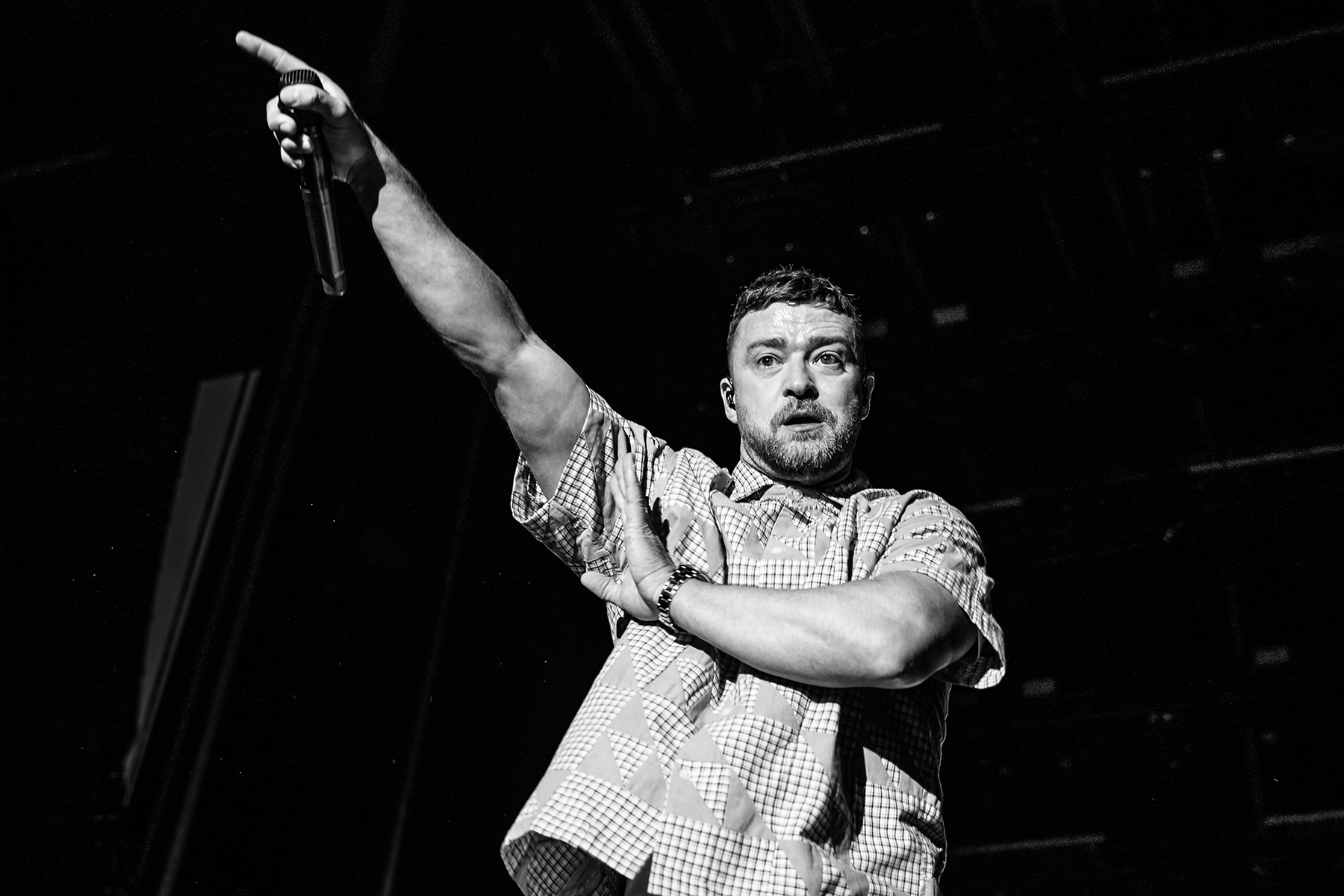 Zoomers, particularly those on TikTok, are really good at making previously lauded white men seem remarkably uncool. This is a curse that has now befallen Justin Timberlake, the once pop prince.

At the turn of the century, Timberlake dominated every facet of pop culture. He was the de facto breakout star of dominating boy band *NSYNC and the boyfriend of pop princess Britney Spears. When both those parts of his life ended in uniquely dramatic fashions, he spun it into solo superstardom. Twenty years ago this fall, he made his mark with Justified. Four years after, FutureSex/LoveSounds would secure him enough industry good faith and clout for at least a decade more.

In between, he made some very big attempts at movie stardom. Though many of those would flounder (remember The Love Guru? *shivers*), bright spots like The Social Network and his recurring Saturday Night Live appearances at least gave the illusion that he was a triple threat.

Over the last few years, however, things have changed drastically for for pop’s Bad-ish Boy-Next-Door. He took several long breaks between albums that eventually gained responses ranging from tepid to horrified (2018’s Man of the Woods, anyone?) and he hasn’t exactly taken over Hollywood. On top of some career missteps, public opinion on some of his actions as a budding star have been revisited, like the Super Bowl wardrobe malfunction that cost Janet Jackson her career and the way he made Britney Spears a villain after their break-up. The blowback was so loud that Timberlake had to issue a public apology to both women, though both Jackson and Spears have denied harboring any ill will towards him.

While his unchecked past catches up, his present is looking just as troublesome. In 2019, he was spotted holding hands with a co-star even though he was (and still is) very married to Jessica Biel. A host of alleged blind items have been widely attributed to him (though none confirmed), leading to speculation that he’s cheated repeatedly on his wife and may also be balding.

All of this made it incredibly difficult for Timberlake — who like many of his early millennium peers was as known for his dancing as he was his singing — to survive the public embarrassment of messing up the Beat Ya Feet dance. In a viral video from his performance at Pharrell’s Something in the Water festival that could possibly loom over his career larger than anything else mentioned so far, the teen idol gives hardcore awkward dad energy for the first time in his music career. It’s as harrowing to the millennial psyche as it is unbearably cringe-y to the numerous TikTok creators who spent a week roasting how he turned the DC specialty into an Irish jig.

Oddly, he’s since apologized for that too. At least it arrived in a more timely fashion than his other ones.