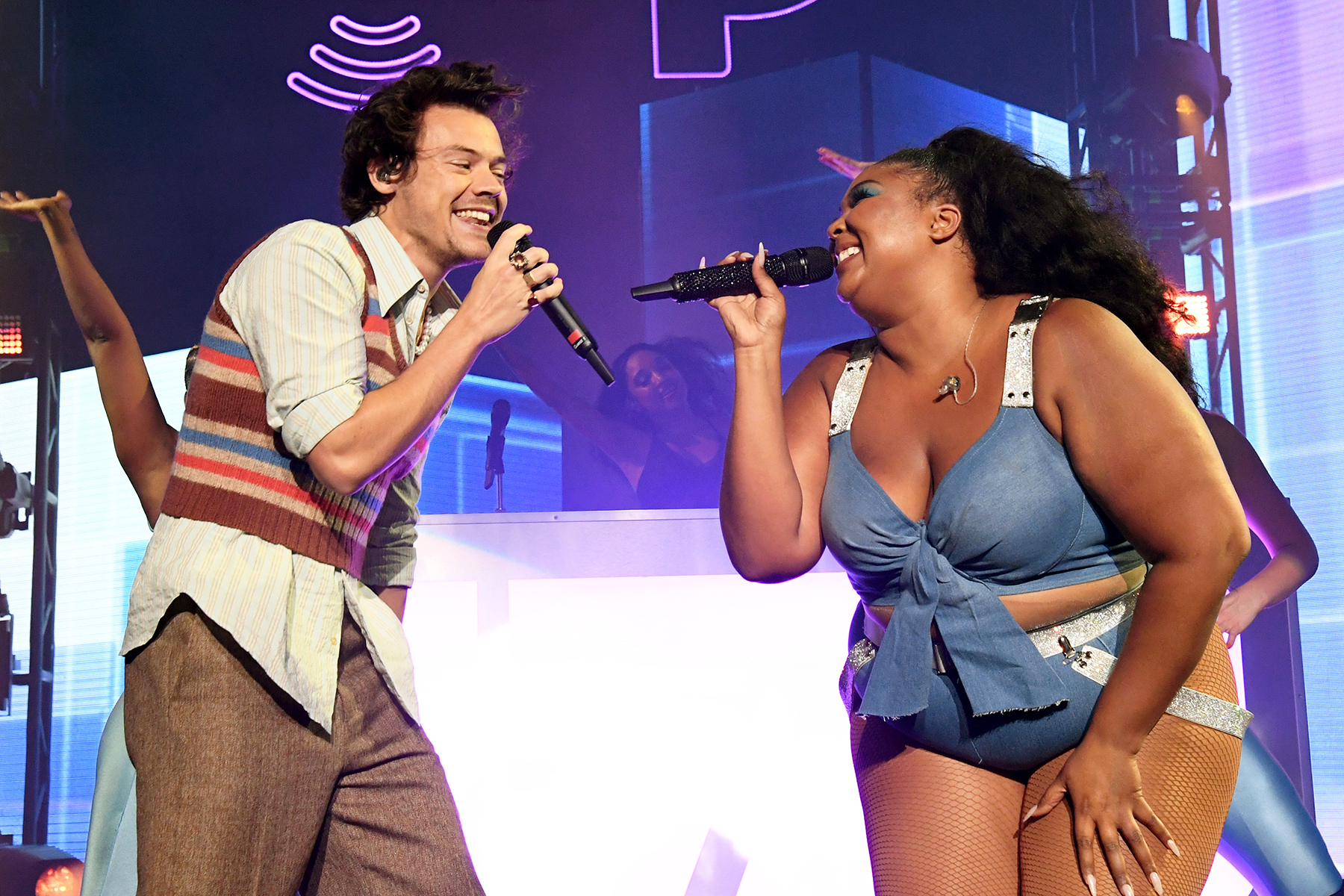 Lizzo probably knows that most of us will likely never get a whiff of Harry Styles’ scent — though we’ll keep dreaming — so she did us a favor and revealed his signature scent. In an ask-me-anything segment with Elle UK, the “About Damn Time” singer shared some very specific details about her British bestie.

She added, “Every time I see him, I’ll be like, [inhales] ‘You smell like soap!’ ‘Cause he really do — he smell fresh and clean.”

The Styles smell answer came after she was asked who she’d trust more to take care of her after a night out: the “As It Was” star or her “Rumors” collaborator Cardi B.

“I’m gonna say Mr. Harry Styles, only because that’s actually happened. And Harry stays really calm under pressure,” Lizzo said. “And he’d turn up real chill, you know what I’m saying? So I think he would be able to keep me together while everything’s falling apart.”

Elsewhere in the interview, Lizzo shared who she’d want to recreate a 2022 “Lady Marmalade,” revealing she’d replace Missy Elliott, while SZA would take the place of Mya, Doja Cat as Lil Kim, and Ariana Grande as Christina Aguilera. “We’d be fierce!” she said.

Styles and Lizzo have been besties for quite some time. It all started when he covered her song “Juice” during BBC Radio 1’s Live Lounge in December 2019. “I just think she’s amazing; she’s one of the most exciting artists working now for sure. She’s exactly what you want an artist to be, which is themselves,” he said at the time.

Then, the two performed the song together during a Pandora-SiriusXM event the following month, before Lizzo went on BBC Radio 1 to perform his song “Adore You.” And most recently, Styles welcomed Lizzo onstage at Coachella for a performance of “What Makes You Beautiful” and “I Will Survive” by Gloria Gaynor.

Lizzo released her album Special on July 15, receiving rave reviews from critics. Rolling Stone described the album as the “best music she’s ever made.”