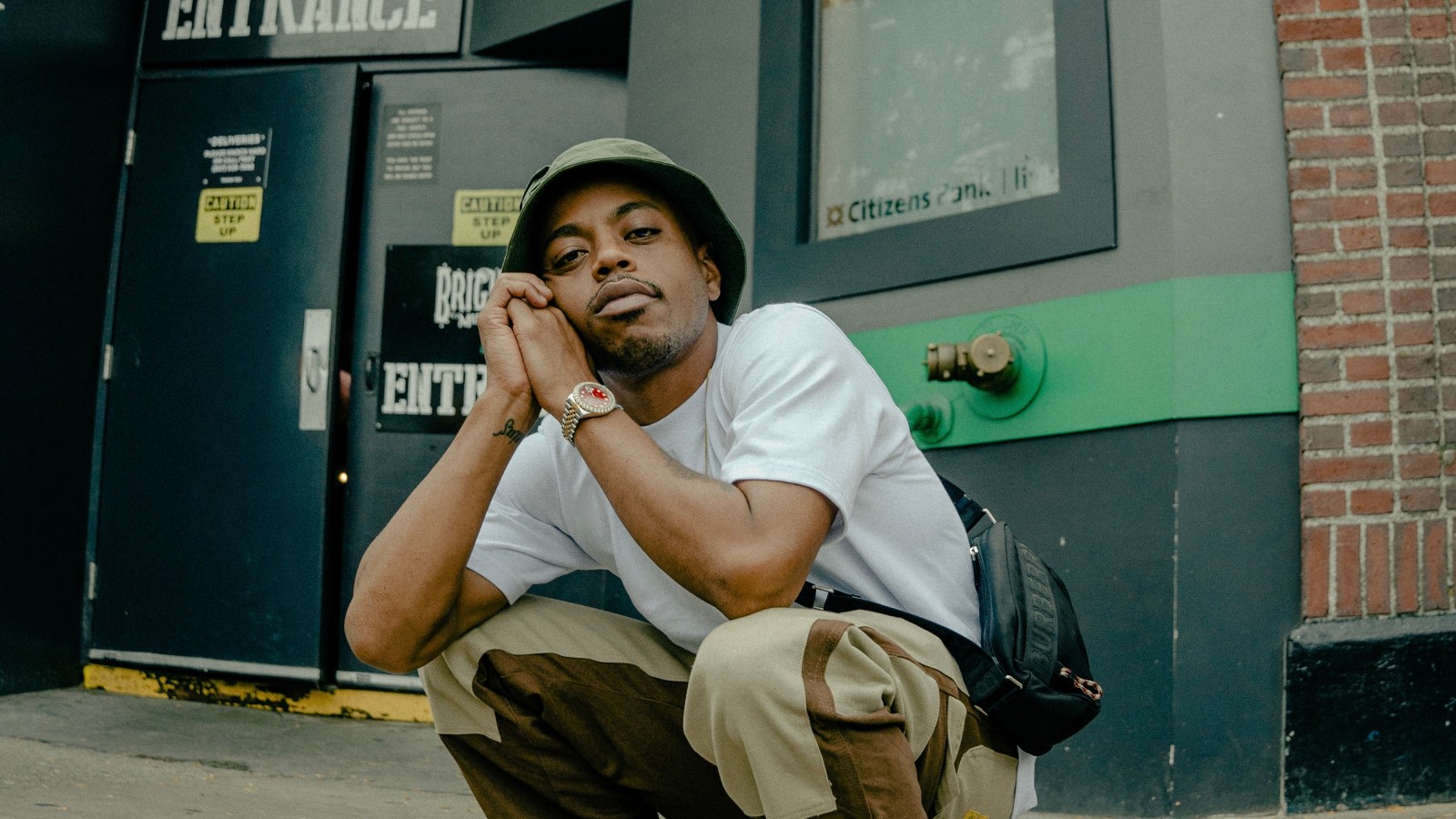 Westside Boogie is objectively cool. Before you even consider the unmistakable voice or the slow beats-driven songs, the Compton-born rapper is the rare case of someone who completely turned his life around after once being part of a gang. These days, he makes it a point through his music to set an example for other young Black men that it’s good to embrace your emotions and be vulnerable. (He tries to make the same point in person to neighbors whenever he goes back home.) But no matter how much admiration you might get from others in the industry or from fans worldwide, even someone as unique as Westside Boogie is still just an uncool dad if you ask his kid.

“He always thinks I’m going to bring him on stage, so he doesn’t come cause he knows I’d use him as a prop,” the rapper told Rolling Stone Radio host Charlie Cooper when she asked about Westside Boogie’s dad life. “His friends think I’m cool, but he’s resistant to my status in LA and to me as a rapper because to him I’m just dad. But I’m cool with that.”

Westside Boogie had his son on his mind since, after recently completing a 22-stop fall tour, the first thing he wanted to do was get back to spend time with him. “My real passion is coaching my kid’s basketball team,” he joked. “Most of my life outside of music revolves around him and I find so much joy in watching him grow.” So before settling into a well-deserved break, the rapper joined Cooper to share his My Life in 10 Songs list on the latest edition of the Rolling Stone Radio on Amp, the live radio app where you can listen to top artists, creators, and athletes spin their favorite tracks and take your calls in real time.

Westside Boogie started at the very top with his own childhood, selecting tracks from three of his all-time favorite musicians: his current favorite rapper Kendrick Lamar (“Mortal Man”); his “favorite in the history of music,” Lauryn Hill (“Zion”); and his all-time favorite rapper, Jay-Z (“Cry”).  Beyond the adoration, Kendrick in particular has been someone Westside Boogie looked to when building his own hip-hop career.

“I’m a real conservative person by default, and when I first started performing I was bringing that energy,” he said. “But on early tours when I went with Tory Lanez, an amazing performer, or the same with Denzel Curry, they opened my eyes. ‘OK, I gotta give energy on stage.’ Then having conversations with Kendrick—I mean, the greatest rapper in the world is from my neighborhood—those changed my performance style. So he’s my favorite rapper, and this is my favorite song by my favorite rapper.”

Given the young rapper’s tastes, it’s no surprise Westside Boogie next selected a track that brought Kendrick and Jay-Z together (“Bitch, Don’t Kill My Vibe”), though he no comment’d when asked if he’s been trying to get his own collab with Kendrick. He then took the tracklist in unexpected places with a gospel song from SWV singer Coko (“Midnight”) and a classic from Ja Rule (“Put It On Me”).

“I know I’m not supposed to like Ja Rule, but he’s one of the first rappers I saw doing verses with R&B women, so his influence is a big part of my style,” he admitted. “And Ja Rule was undefeated with R&B women—I mean, Ashante and J-Lo.”

Westside Boogie gave himself a quick shoutout, choosing one of his own tracks (“Lolsmh”) since he sees it as the most vulnerable track from a man always trying to be more vulnerable. “My mom raised me to be tough because she didn’t want me to be stepped on, but when I started doing music, a producer told me to talk about my own life and stop trying to be Lil’ Wayne,” he said. “Now the high I get from being vulnerable on a song is unmatched, and I started realizing how it affects people and started feeling it’s like my responsibility to be honest.  So I was irritated at first when my producer told me I wasn’t connecting. I didn’t talk to him for a year. But it was the greatest advice I ever got in music, so I’m thankful.”

The rapper closed his list with a trio of songs from recent legends: Nipsey Hustle (“Stressed Out”), Lil’ Wayne (“Money On My Mind”), and… Bow Wow?! (“Puppy Love”). “I hate when people deny how important he was to people my age,” Westside Boogie said. “He’s the first rapper I ever saw myself in, ‘Oh, I want to be that.’ So he’s my hero—it was the first show I ever went to, I went to the Scream tour. Actually he reached out to me three weeks ago, and I told him it was a bucket list moment. It was a random DM, like, ‘Hey, you hard’ and all that. I was screaming.”

Cooper and co-host Jon Weigell will be back at it Thursday, 11/3 when rapper Rexx Life Raj joins them to share his Life in 10 Songs on another episode of Rolling Stone Radio (@rollingstone on Amp). Download the Amp app and tune in at 11 a.m. ET. Just getting started on Amp? If you want to learn more about the artists and athletes DJing on Amp and experience their shows live, head to onamp.com and just press “play.”