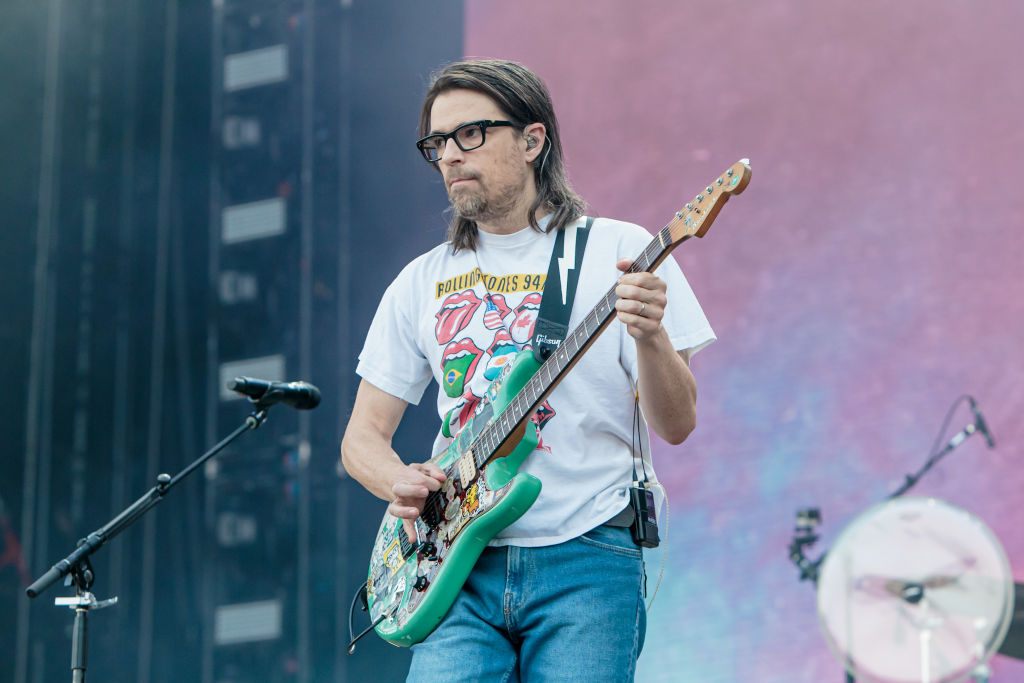 Tonight marks the summer solstice and, as promised, a new EP as part of Weezer’s year-long SZNZ project.

As opposed to the “happy chill” Spring, Summer recalls Weezer’s vintage Nineties sound with songs like “Lawn Chair,” “Thank You and Good Night,” and “What’s The Good Of Being Good.”

SZNZ EPs for the autumn and winter will follow on those seasons’ respective solstices. However, Weezer will perform that latter EP a few months early as part of the band’s just-announced five-night Broadway residency from September 13 to 18 at New York’s Broadway Theater.

The first four shows of the residency will each focus on a SZN — Spring, Summer, Autumn and Winter — with the final show billed as the SZNZ Encore, with each show also padded with a set full of Weezer classics. Tickets for those shows go on sale June 24th.

Speaking about the SZNZ project in 2021, Cuomo said, “Spring is kind of like happy chill, and then we move through to dance rock, like a Strokes-style album for the fall, and then sad acoustic, Elliott Smith-style for winter.”