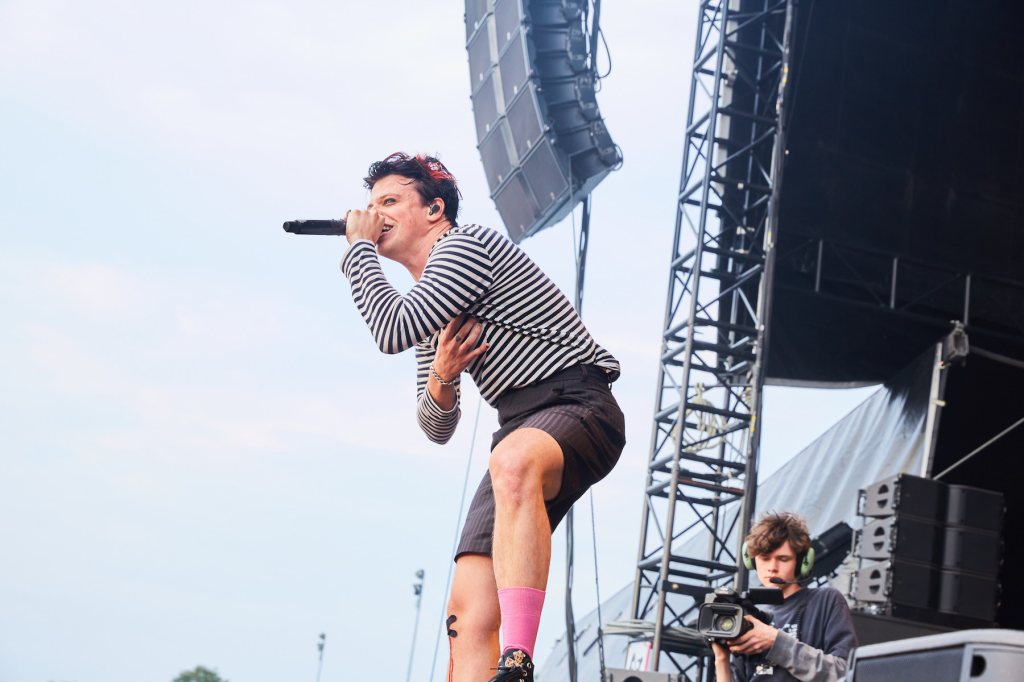 Yungblud brought rock to the NFL during his recent performance during the NFL London Games halftime show at Tottenham Hotspur Stadium, where the Minnesota Vikings faced off against the New Orleans Saints.

Dropped into the center of a stadium filled with roaring football fans, Yungblud did seem slightly out of place — but standing out has been a staple of his artistic image from the beginning.

The Doncaster-native filled up his performance slot with live versions of “The Funeral,” “Tissues,” and “The Emperor,” all of which appeared on his recently released third studio album Yungblud.

When the narrow stage setup became too crowded with bright lights and amps, Yungblud took to sprinting around the field while the cameraman did his best to keep up. By the end, he was sprawled out on the giant NFL logo in front of a bemused audience.

In a recent review of Yungblud, Rolling Stone highlighted a few of the songs selected for the NFL International Series performance, particularly “The Funeral,” which channels “the gothy flamboyance of My Chemical Romance, Yungblud’s snarl sounding like the British cousin of MCR leader Gerard Way’s wail” and “Tissues,” which “plucks the rhythm from The Cure’s bashfully infatuated 1985 cut “Close To Me” and blows it up larger than life.”