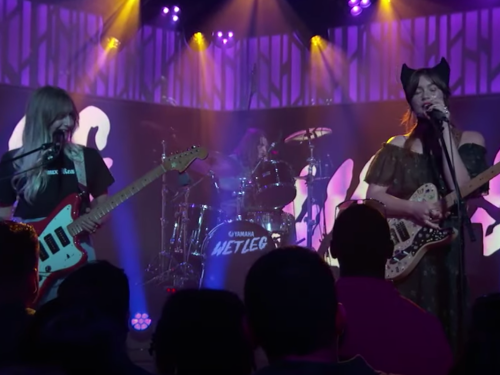 Duo is currently on tour with Florence and the Machine in the U.S.

“Chaise Longue” was the first single off the group’s self-titled debut, which dropped in April via Domino. The highly-anticipated LP was shortlisted for the Mercury Prize, Britain’s most prestigious music award, earlier this year.

The group has been on the road since the release of their album, performing at festivals like Lollapalooza and Life Is Beautiful. Last month, they stopped by BBC Radio 1’s Live Lounge series, where the pair put their spin on on Steve Lacy’s single “Bad Habit, as well as their own “Wet Dream.” They also reworked their album track “Convincing” and covered Ashnikko’s “Daisy” for a Spotify Singles session.