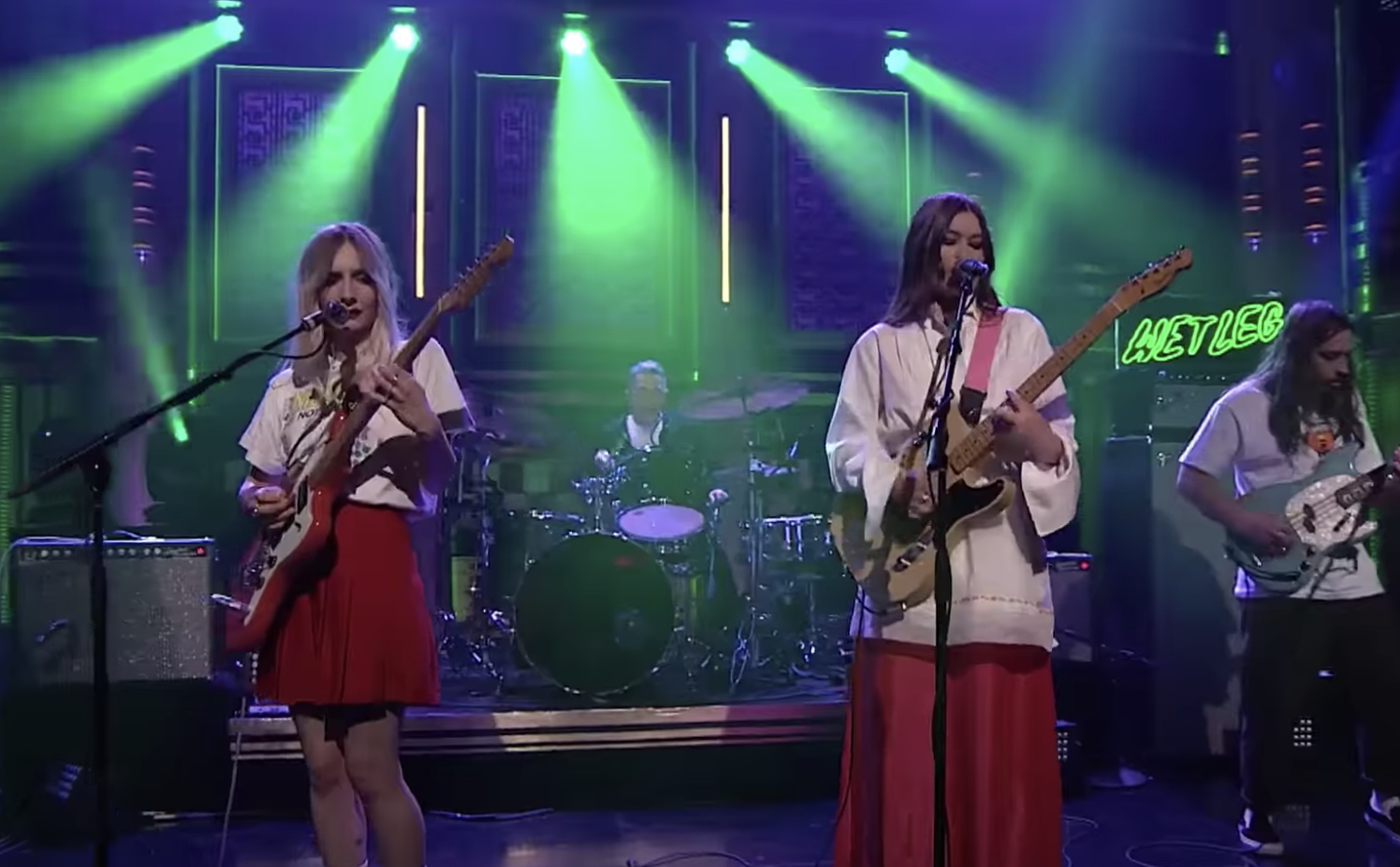 Wet Leg appeared on The Tonight Show to perform two songs, “Wet Dream” and “Chaise Longue.” The Isle of Wight duo, made up of Rhian Teasdale and Hester Chambers, took the stage alongside their band to showcase the punk-laced tracks.

Both singles comes off the group’s self-titled debut, out April 8 via Domino. The band has released several music videos leading up to its release, including post-punk rager “Oh No” and “Angelica” last month. The band recently reissued “Chaise Longue” as a single, on sale here.

“Wet Leg was originally just supposed to be funny,” Teasdale said of the band. “As a woman, there’s so much put on you, in that your only value is how pretty or cool you look. But we want to be goofy and a little bit rude. We want to write songs that people can dance to. And we want to people to have a good time, even if that might not possible all of the time.”

Wet Leg are currently on tour in the U.S. and will return to the tour the U.K. in April.