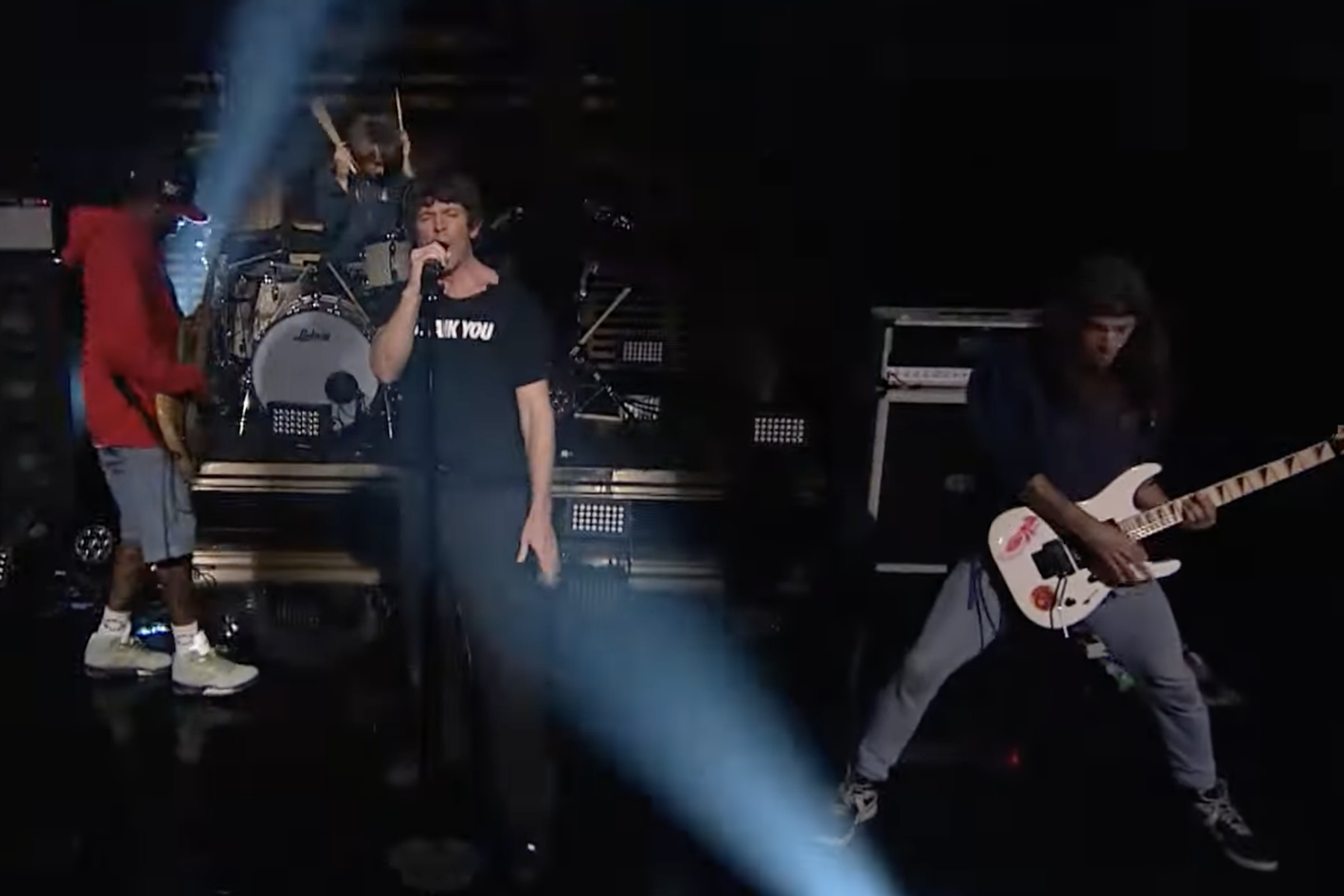 Turnstile returned to late-night TV Monday, performing a high-energy rendition of “Blackout” on The Tonight Show. The multi-segmented song appears on the Baltimore-based band’s latest album, Glow On, which was released to critical acclaim last August.

Glow On came in at number 8 on Rolling Stone‘s list of the 50 best albums of 2021 and marked Turnstile’s first new music since 2018’s Time and Space. The album was teased with the release of the Turnstile Love Connection EP, which included the album’s lead single, “Mystery” in addition to three additional tracks that also appeared on Glow On.

Turnstile will soon wrap up their North American Love Connection Tour, playing the final three shows this week in Philadelphia and Washington, D.C. before heading out to Europe for a series of festival appearances — including sets at Glastonbury and Roskilde Festival — and one-off performances. The band returns stateside for a handful of shows throughout late summer, with appearances scheduled for Lollapalooza, Los Angeles’ This Ain’t No Picnic and Atlanta’s Music Midtown Festival.