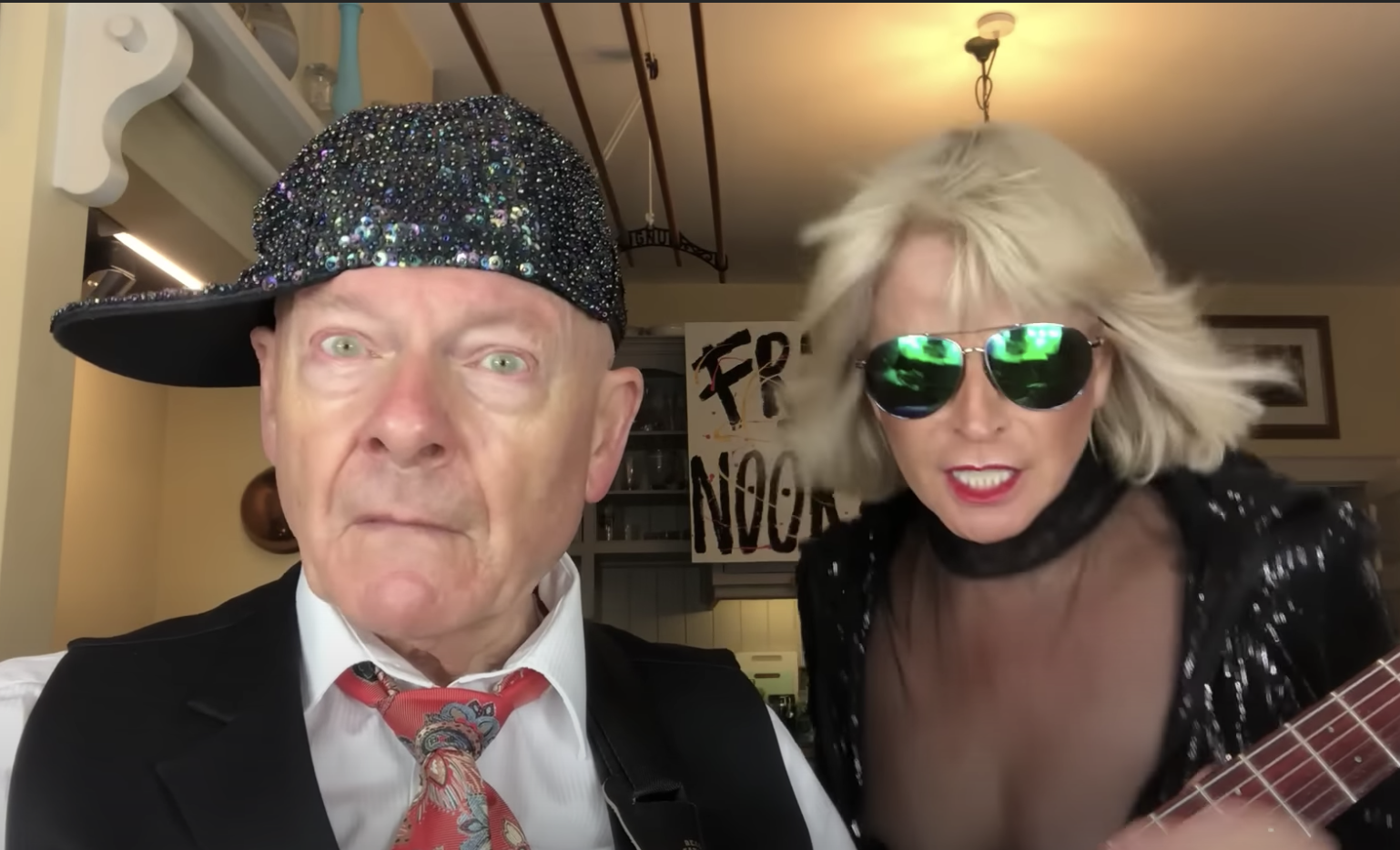 Toyah Willcox and Robert Fripp will, apparently, do it all for the nookie. The pair covered the quintessential 1999 Limp Bizkit song “Nookie” for their popular YouTube cover series “Sunday Lunch.”

In the video, the King Crimson guitarist, wearing a sequined baseball cap, takes on guitar duties while Willcox rocks out on the vocals. As usual, the pair filmed the clip in their kitchen, using a fan to create a dramatic wind machine effect on Willcox’s hair.

“The Duo are back on form this week – we have literally no words for this one,” the musicians wrote in the video’s caption. “Oh and we have left the Fripp mistake in because it’s so funny!!”

Fripp and Wilcox kicked off the Sunday Lunch series in early 2021 with a cover of Metallica’s “Enter Sandman,” and have continued the series with covers of Scorpions’ “Rock You Like a Hurricane,” Hawkwind’s “Silver Machine,” the Rolling Stones’ “Satisfaction,” Judas Priest’s “Breaking the Law,” and Sex Pistols’ “Pretty Vacant.” Last November, the duo offered up a cover of “Rudolph The Red Nosed Reindeer” for the holiday season.

“I wanted to get Robert moving. This whole thing about being in lockdown was people were stopping moving, and our generation must move. So I taught him how to jive to “Rock Around the Clock,” and we filmed it,” Willcox told Rolling Stone last year. “It’s the first time we’d ever posted anything like it, our first step into that form of social media. And we got a million hits within a couple of hours as far away as the Philippines and Australia. And we thought, “Wow.”

Earlier this year, Fripp confirmed to Rolling Stone that In the Court of the Crimson King, the documentary about the band’s 50th anniversary tour in 2019 that is still awaiting release, will hopefully be out in October. He also confirmed that he and Willcox plan to take “Sunday Lunch” on the road in the U.K. next year.

“It will be telling the story of the ‘Sunday Lunch’ while also rocking out on the classic hits,” Fripp said. “I’m getting the opportunity to play lots of great rock riffs I was never able to play in King Crimson.”