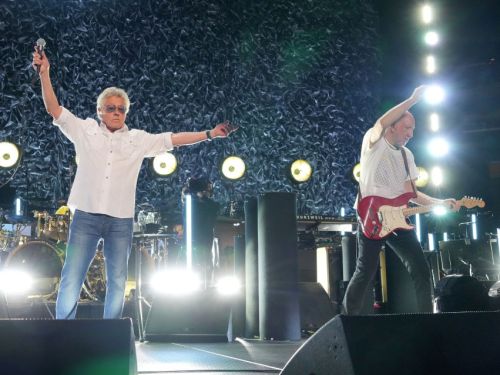 The Who have been playing shows with orchestral musicians for the past three and a half years, and every single night has wrapped up with “Baba O’Riley.” But Friday evening at the UBS Arena in Elmont, Long Island, they stunned their fans by remaining on the stage and ripping into “Young Man’s Blues” as an extra encore. They hadn’t played the song since a one-off in 2014, and have only done it six other times in the past 40 years.

“Young Man’s Blues” was written by jazz pianist Mose Allison in 1957. The Who added a Maximum R&B rendition of it into their live set in 1964, and it appeared on the original Live at Leeds and all subsequent editions of the beloved concert album. “Without hearing that song,” Pete Townshend said in 2013, “I don’t think I would’ve written ‘My Generation.’”

Allison, who died in 2016, was overjoyed when the Who introduced his music to a broader audience. “I didn’t meet him until years after they did the tune,” he told GQ in 2010. “In fact, the only way I knew they did the tune was by the check I got. It was much larger than the checks I’d been getting otherwise. You know, most of the time, my checks were for ten and twelve dollars…the English rockers saved my life. And they’ve made me acquainted with a younger audience. Pete Townshend, Van Morrison, Elvis Costello, Bonnie Raitt… They kept me from falling into obscurity.”

The Who have also added their 1970 deep cut “Naked Eye” and 1981 tune “Another Tricky Day” into the set in recent days, but the show still centers around songs from Tommy, Quadrophenia, and Who’s Next and a handful of other hits like “Eminence Front” and “Who Are You” in addition to 2019’s “Ball and Chain.”

The tour continues Sunday night at the Schottenstein Center in Columbus, Ohio, and wraps up November 5 at Dolby Live in Las Vegas. There are reports of a European leg in 2023, but nothing has been announced. Roger Daltrey, however, is playing a solo show on the Rock Legends Cruise in February on a bill that also includes Deep Purple, George Thorogood & The Destroyers, Foreigner singer Lou Gramm, and Night Ranger.