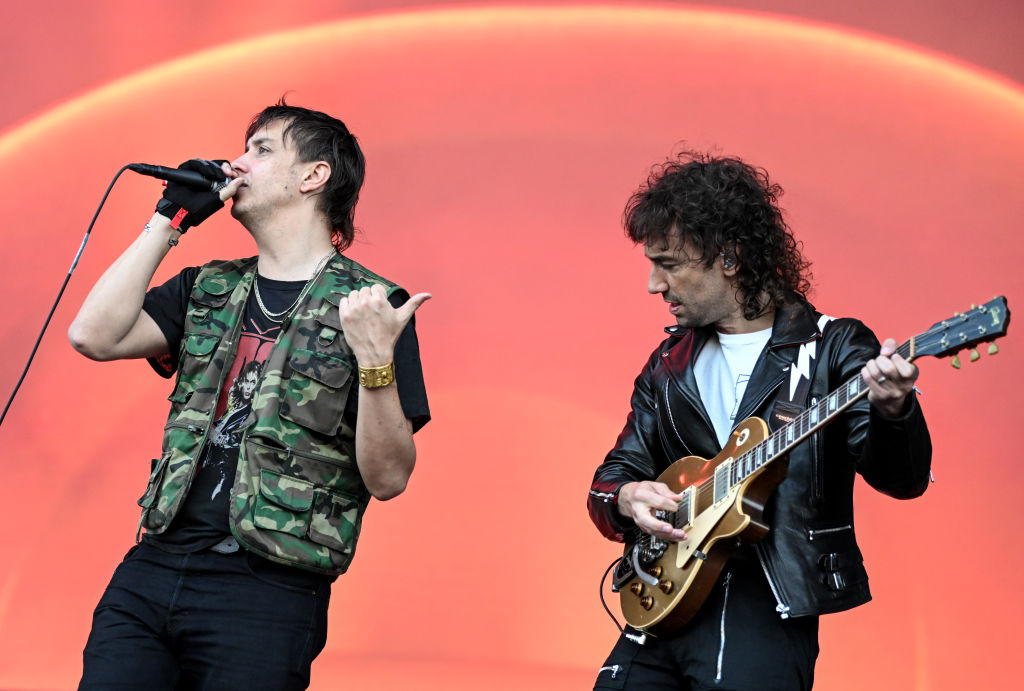 The Strokes performed a version of Clairo’s song “Sofia” at Lisbon’s NOS Alive 2022 after the singer-songwriter cancelled her appearance at the festival.

Clairo was scheduled to perform at the festival, but had to pull out last minute due to a flight cancellation. The Strokes offered up their rendition of “Sofia,” off Clairo’s 2019 debut album Immunity, in tribute to the musician.

Earlier this week, Clairo joined Phoebe Bridgers for a live rendition of Clairo’s 2019 single “Bags” at a concert in Milan. Later in the evening, Clairo collaborated with Bridgers during the latter’s set, providing backing vocals on “I Know The End.”

The Strokes have been on the festival circuit this summer. A positive COVID case sidelined the rock band from their headlining appearance at Spain’s Primavera Sound in June, but they have since returned to the road.

The group also made headlines when frontman Julian Casablancas sold a stake in his Strokes catalog to Primary Wave, marking yet another major artist selling off their music rights amid a hot song acquisition market. Primary Wave declined to specify exactly how much of a stake in the catalog the company purchased or how much it paid in the deal, but the sale gives the company access to tracks including platinum-certified hits “Last Nite,” “Someday” and “Reptilia.” The company bought a stake in Casablancas’s publishing rights as well as the songs’ master rights.