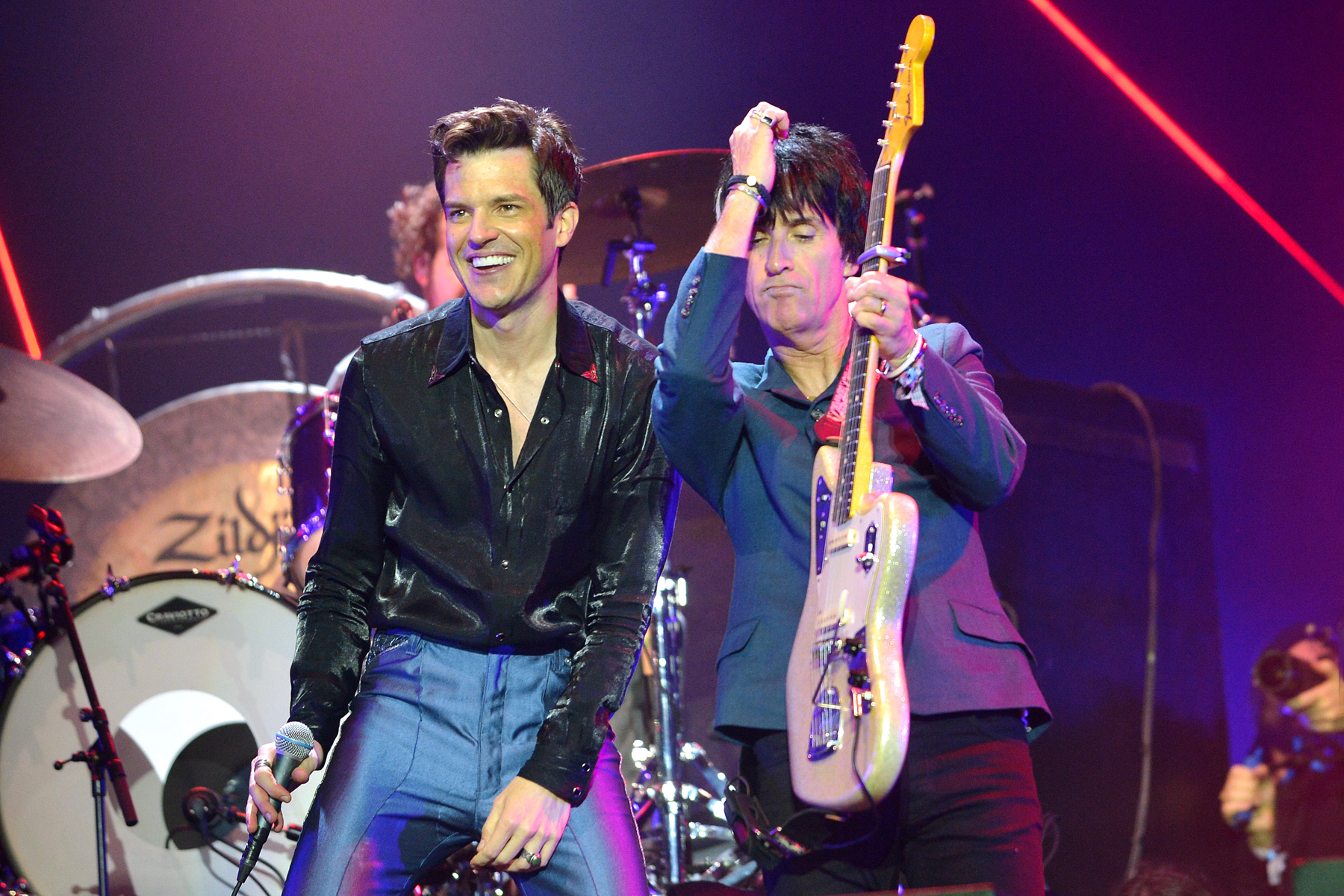 The Killers have spent the past couple of weeks playing North American arenas with opening act Johnny Marr, and every night they’ve brought the guitarist out to join them for one or two Smiths classics. So far, they’ve trotted out “Stop Me If You Think You’ve Heard This One Before,” “There Is a Light That Never Goes Out,” “This Charming Man,” and “What She Said.” Check out the fan-shot video right here.

Killers frontman Brandon Flowers has often cited the Smiths as one of his biggest musical influences. “When you’re young, you want pop music that is catchy – not many pre-teens are into death metal – and when I heard ‘Panic,’ at 12, it made me feel immensely happy,” he told The Guardian in 2007. “And nobody in Nephi, Utah had heard of the Smiths then, and I doubt they have heard of them now, which made them something special. Everyone was listening to grunge, and here was this song saying, ‘burn down the disco … because the music they constantly play says nothing to me about my life.’ Morrissey was speaking directly to me!”

Morrissey’s controversial statements in recent years have turned off some Smiths fans, but Flowers says he still cherishes the music. “It is difficult to separate it from him, and I’m not going around playing the music in front of my kids,” he told The Times in 2020. “If ‘What She Said’ came on the radio with my kids, I wouldn’t change it. It’s still an amazing song, so I’m not that serious, where I would change the station. I don’t agree with him, but I’m not going to burn my CDs by the Smiths or anything.”

Flowers has never had the chance to perform with Morrissey, but he finally had the chance to play a Smiths song with an actual member of the group when Johnny Marr joined the Killers for “This Charming Man” at Glastonbury in 2019. It set the stage for the North American tour this year. It’s somewhat of a dream night for Smiths fans since Marr is packing his opening set with other classics like “How Soon Is Now?” and “Panic” in addition to recent solo tunes and the 1989 Electronic hit “Getting Away With It.” At the end of every night, he also joins the Killers for an epic “Mr. Brightside.”

Morrissey wrapped up a Las Vegas residency last month where he also played several Smiths tunes, including deep cuts “Sweet and Tender Hooligan” and “Never Had No One Ever.” Fans continue to dream that one day Marr and Morrissey will actually play these songs together again, but that’s almost impossible to imagine. Relations between the two of them are so bad that Morrissey wrote an open letter to Marr earlier this year asking him to stop talking about him in interviews.

“The fact is: you don’t know me,” he wrote. “You know nothing of my life, my intentions, my thoughts, my feelings. Yet you talk as if you were my personal psychiatrist with consistent and uninterrupted access to my instincts. We haven’t known each other for 35 years – which is many lifetimes ago. When we met you and I were not successful. We both helped each other become whatever it is we are today. Can you not just leave it at that?”

In other words, don’t expect the Smiths to headline Coachella next year. And if you want to hear their music live, go see the Killers.