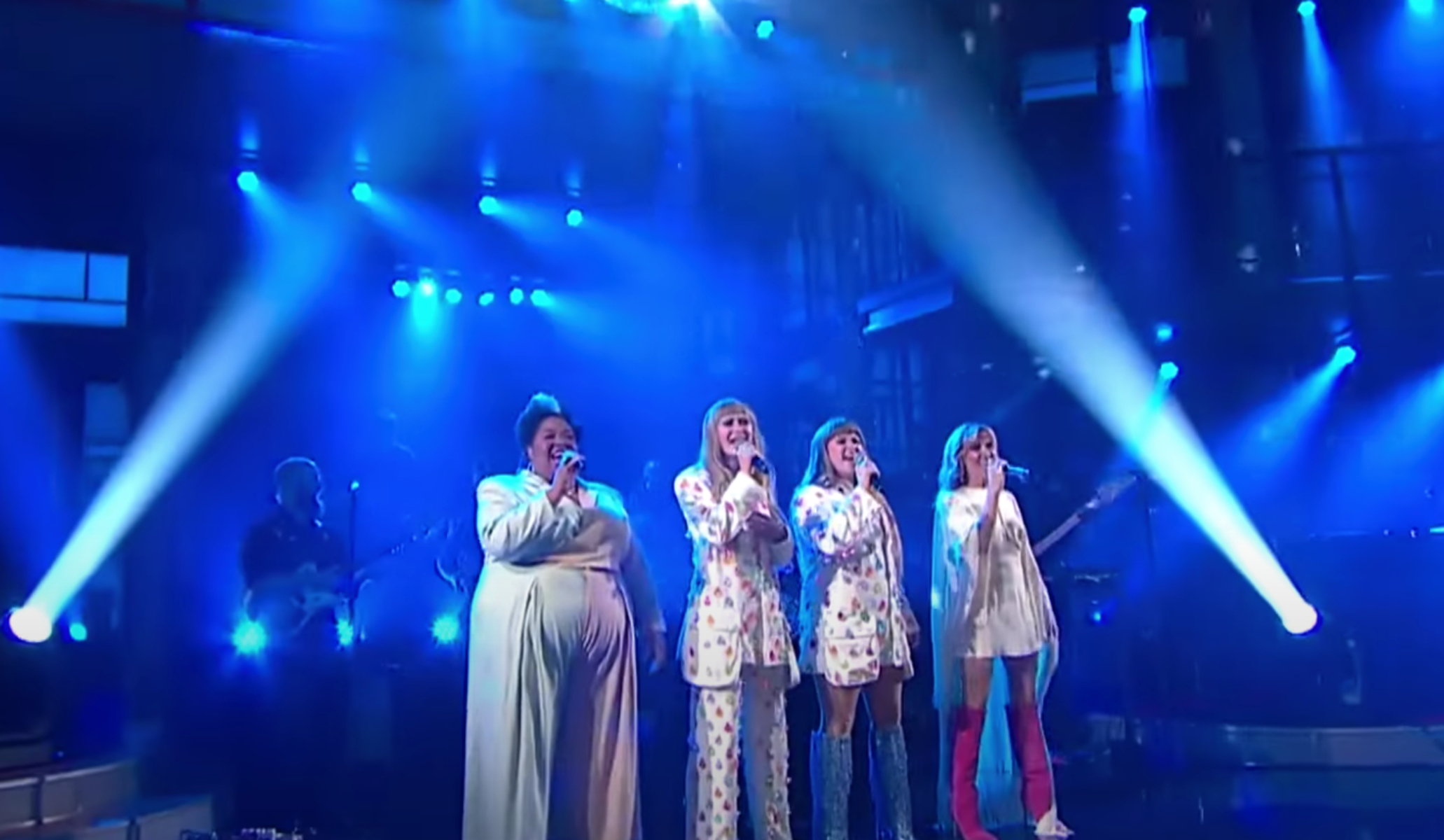 Lucius tapped Sheryl Crow, along with Celisse and members of Stay Human, for a lively rendition of their song “Dance Around It” on The Late Show. The duo gave the buoyant number a disco flair, complete with corresponding outfits and matching choreography.

Lucius, comprised of Jess Wolfe and Holly Laessig, previously teamed up with Crow for her song “Don’t,” off Crow’s 2019 album Threads. The Brooklyn-based indie outfit’s most recent album, Second Nature, is out now via Mom + Pop Music. It was produced by Dave Cobb and Brandi Carlile, and recorded primarily at Nashville’s RCA Studio A. It marks the band’s third full-length album and first since 2016’s Good Grief.

The group is currently on an extensive North American headlining tour, which will be followed by a series of European shows in September. The U.S. tour includes stops at New York’s Beacon Theatre and Nashville’s Ryman Auditorium. Lucius will also join Carlile for several concerts this summer, including shows at Washington’s Gorge Amphitheatre, Los Angeles’ Greek Theatre, and Colorado’s Red Rock Amphitheatre.

The indie-pop duo recently spoke out about not being fairly credited for their work on Harry Styles’ Fine Line song “Treat People With Kindness.” In an interview with the Los Angeles Times, the band said they felt they were denied a featured artist credit on the track after making significant contributions.

Crow, meanwhile, is the subject of upcoming Showtime documentary Sheryl, set to air May 6. The singer enlisted Mick Jagger for a cover of the Rolling Stones’ “Live With Me,” which was released ahead of the documentary in April.