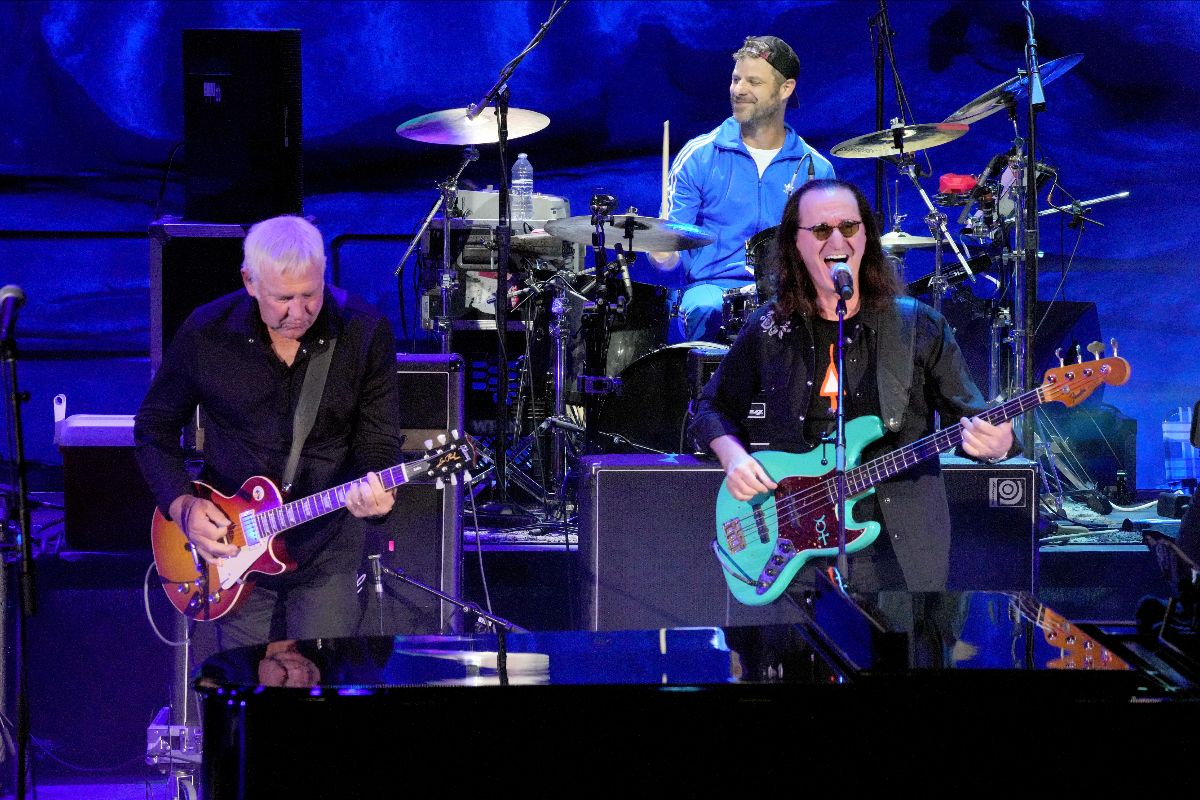 Primus have spent the past year honoring Rush by playing their 1977 masterpiece Farewell to Kings straight through on tour, and it reached a stunning climax Wednesday night at Colorado’s Red Rocks Amphitheater when Alex Lifeson and Geddy Lee joined them to play “Closer to the Heart” as part of South Park: The 25th Anniversary Concert. The Rush duo, playing together for the first time since Neil Peart’s death, were joined on drums by South Park co-creator Matt Stone.

“When I was a young whippersnapper,” he continued. “In my mind, the greatest human being on the planet that held a four-string [bass] in his hand is that man right there, Geddy Lee! That’s fuckin’ Geddy Lee, right there.”

The big moment came midway through a long evening of music that also included extended sets by Ween and Primus. Matt Stone alternated between drum, bass, and ukulele, and South Park classics like “Uncle Fucka,” “Gay Fish,” and “Kyle’s Mom’s a Bitch” were all broken out. It ended with everyone on stage for a glorious rendition of “America, Fuck Yeah” from Team America: World Police.

Lee and Lifeson have kept low profiles since Neil Peart died in 2020. They’ve been very clear that carrying on as Rush is an impossibility, but they haven’t ruled out creating music together under a different name at some point. “We’re not putting any pressure on it or anything,” Lifeson told Guitar World earlier this year. “We had a lot of good years together and we still love each other very much. I talk to Geddy every other day – we’re best friends. … There’s more to our life together than just writing music. So if it happens, it happens. And it’ll happen when it happens.”