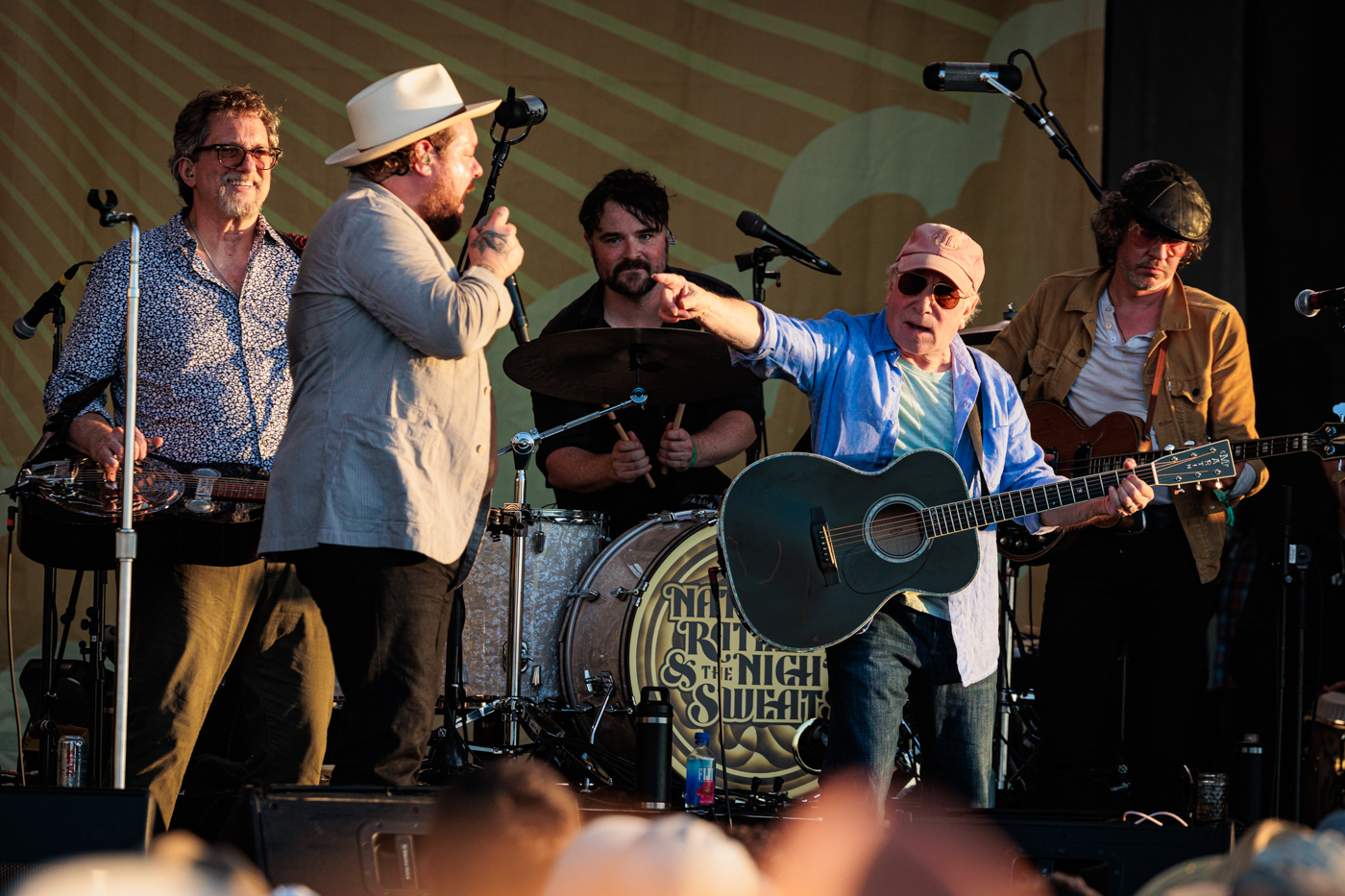 Paul Simon made a rare public performance Saturday at the Newport Folk Festival, showing up unannounced at the end of a tribute set to his music led by Nathaniel Rateliff and the Night Sweats. Simon announced his retirement from touring in 2018, and since then has only sporadically performed in public. (His last performance was this past April, at another tribute to himself in Los Angeles)

Simon’s appearance at the festival was a complete surprise: Even the fact that Rateliff and the Night Swears were closing the evening by paying tribute to Simon hadn’t been announced until they took the stage Saturday evening.

His four-song set Saturday at Newport Folk Festival was one of the very few (and longest) performances of Simon’s in the two-plus years since the pandemic began.

Accompanied by the Night Sweats as well as Jerry Douglas on guitar, the 80 year-old singer kicked off his performance with “Graceland” before ceding the microphone to Rhiannon Giddens for a special updated rendition of “American Tune.” After then leading the crowd through a feel-good finale of “The Boxer” with Douglas, Lucius, Rateliff and Lukas Nelson (whom he introduced as “an old family friend”) Simon took his bows and then closed the evening for good by performing “The Sound of Silence” by himself.

As Simon put it: “It’s an honor to be honored.”