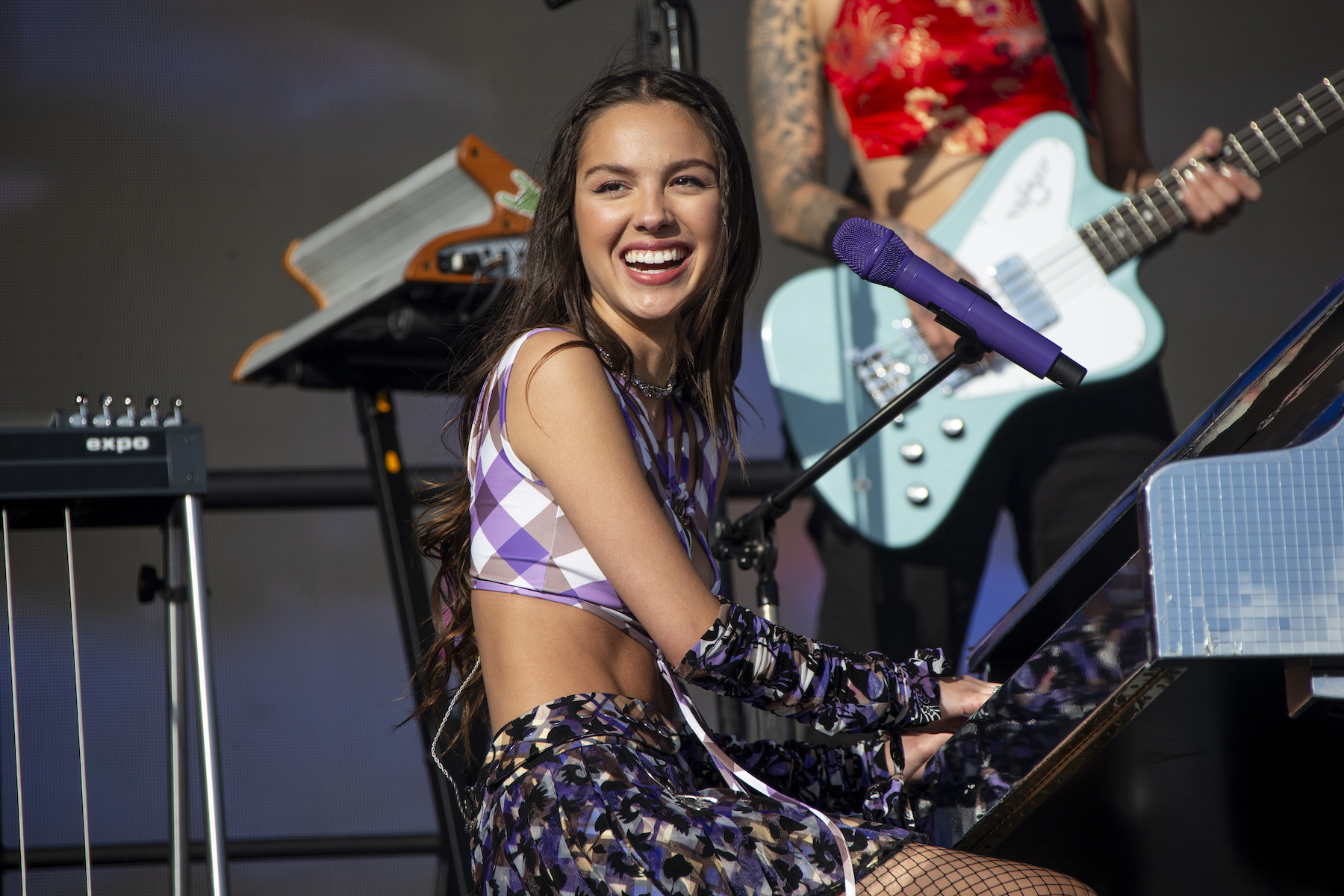 After running through her setlist of emotionally devastating and top-tier melodramatic Sour songs during her sold-out stop at the Manchester O2 Apollo on Sunday, Olivia Rodrigo still had some energy to burn off on stage. The singer popped up at the U.K dive bar Bunny Jackson’s for an impromptu performance of Natalie Imbuglia’s “Torn” with her band.

“I’m dead sober,” Rodrigo told the likely less-than-dead-sober bar audience, before joking that her band’s drummer encouraged her to get on stage. “Hayley’s making me do this.”

The singer took the stage in between a local band’s set, according to their drummer Oliver James who shared the moment on Twitter, writing: “Why yes Olivia Rodrigo, of course you can turn up at Bunny Jacksons on a bloody Sunday evening and play a song for a laugh before our 3rd set.”

He added: “They just showed up after playing the arena and her TM asked to jump on between our sets! They were all very lovely.”

The singer only has two stops left on her Sour tour run. Throughout the sold-out collection of dates, she’s enthralled her audience with covers, including No Doubt’s “Just A Girl,” Avril Lavigne’s “Complicated,” and Verruca Salt’s “Seether.”

James says Rodrigo and her band made some requests of their own after tearing through “Torn” no differently than she would in front of the packed-out crowds she’s had at her first-ever live shows for the past few months. They asked for Lit’s “My Own Worst Enemy” — and who could say no?