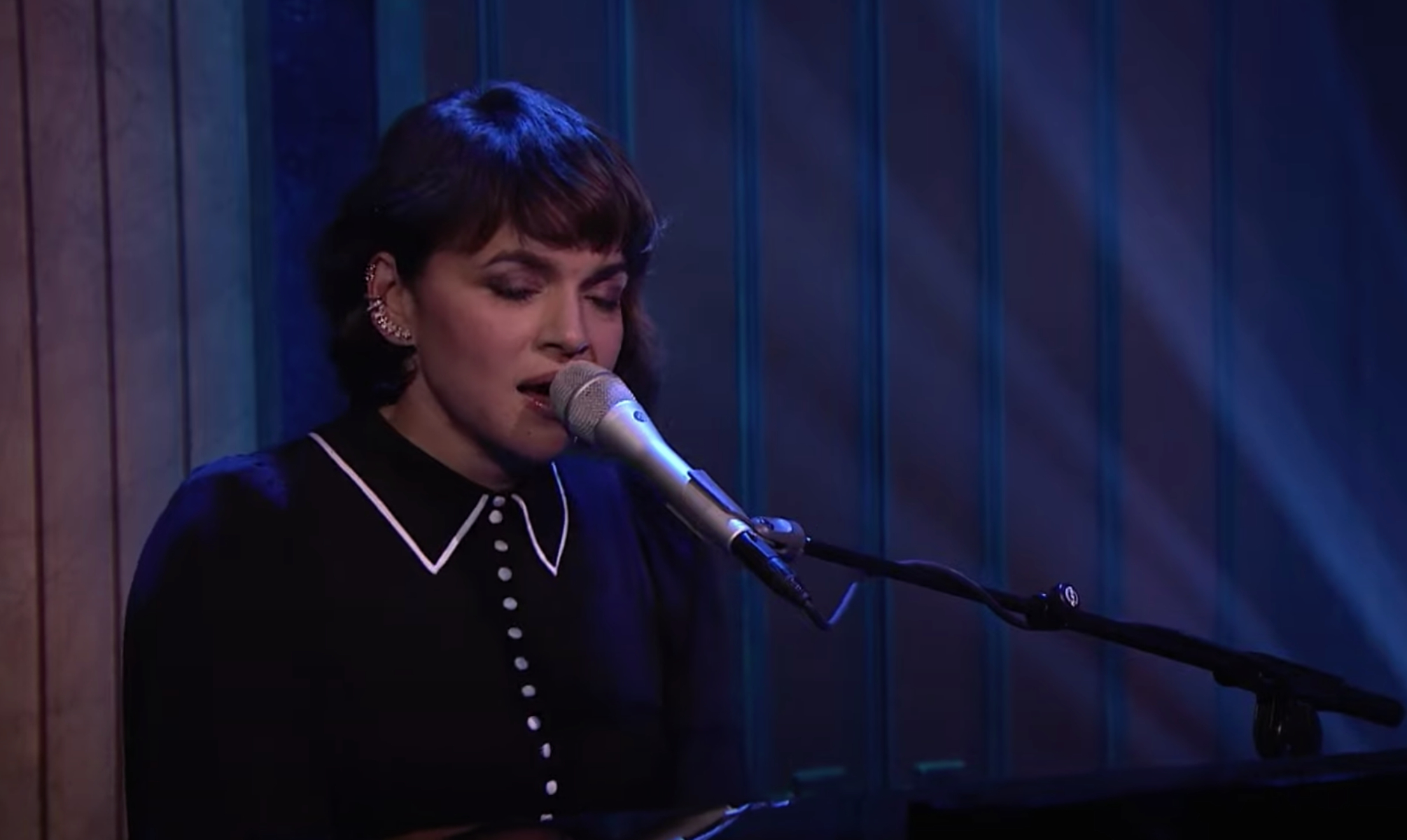 To celebrate the 20th anniversary of her debut album Come Away With Me, Norah Jones appeared on The Tonight Show to perform her breakout single, “Don’t Know Why.” Jones revisited the emotive song on a grand piano from the late-night show’s stage, which is the same spot where she made her late-night debut in 2002.

Jones recently released Come Away With Me: 20th Anniversary Super Deluxe Edition, a 44-track collection including 22 previously unreleased tracks, out now via Blue Note/UMe. The reissue includes the original demos Jones submitted to Blue Note, the complete First Session demos she made for the label, and the first version of the album the singer made at Allaire Studios with producer Craig Street.

One of the album’s unreleased tracks is a 22-year-old recording of “Hallelujah, I Love Him So,” Jones’s take on Ray Charles’ classic 1959 single, “Hallelujah, I Love Her So.” Jones first tackled the song during her first demo sessions with Blue Note in 2000 alongside bassist Lee Alexander, percussionist Dan Rieser and harmonica player Jesse Harris.

“I was incredibly proud of this album and so thankful to everyone who made it with me… I figured it was a good first try and felt that it truly captured who I was — musically — at that time, which made me the proudest and is all you can really hope for when making a record,” Jones said of the album’s anniversary. “In the end I was so thankful that I got to explore a few different paths before putting them all together. No one, including the label, had any idea it would reach the success that it did.”

Last year, Jones released a holiday album, I Dream of Christmas, while the year before that she released her seventh studio LP, Pick Me Up Off the Floor.