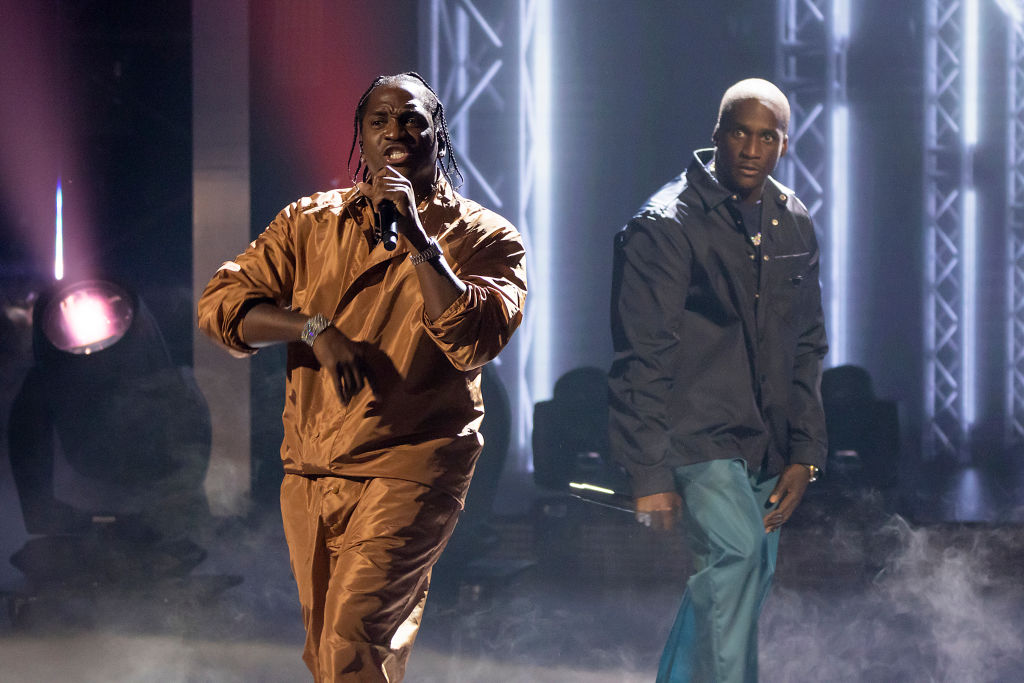 Just over 20 years after the release of their 2002 debut single “Grindin,’” Virginia Beach-hailing rap duo Clipse reunited for a special performance of the track during the 2022 BET Hip Hop Awards on Tuesday night.

Pusha T performed a medley of singles from his latest album It’s Almost Dry including “Diet Coke” and “Just So You Remember,” the latter of which served as the perfect segue into No Malice’s surprise appearance. The opening notes of “Grindin’” chimed through the venue just as Pusha T closed out the song rapping, “Just so you remember who you’re dealing with.”

The Neptunes-produced single ignited the crowd, taking it back to the start as the recording of Pharrell’s voice kicked off track reminding them of a time when he promised: “The world, is about to feel something / That they’ve never felt before.”

Clipse last reunited at Pharrell’s Something in the Water festival earlier this year, marking their first official appearance together in over a decade. Their last album release as a duo, Til The Casket Drops, came back in 2009, though they did appear together on Kanye West’s 2019 album Jesus is King and on Nigo’s Neptunes-produced track “Punch Bowl.”

“I’ma tell you that I learned to never say never, and I don’t shut the door on anything. I really don’t. In fact, I would like to see Clipse do it,” No Malice shared of the future of Clipse back in a 2016 Billboard interview. “I’ve said it before, my brother and I would definitely make clown soup out of all these MCs. Now that much I know.”