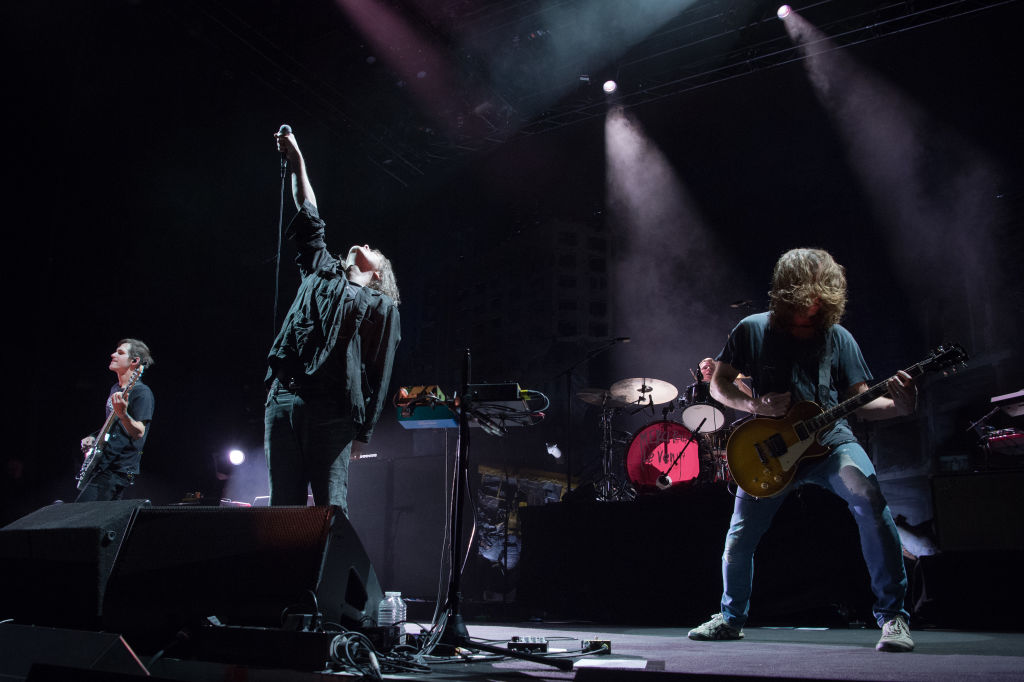 My Chemical Romance pulled out two rarities during a show at the Paycom Center in Oklahoma City this weekend as they kicked off their North American reunion tour. The band showcased “Bury Me In Black,” a B-side from 2004’s Three Cheers for Sweet Revenge, as well as “This Is the Best Day Ever,” from their 2002 debut LP, I Brought You My Bullets, You Brought Me Your Love.

The 22-song set marked the first time the group had performed either track live in over 15 years. Elsewhere during the show My Chemical Romance played hits like “I’m Not Okay (I Promise)” and “Teenagers.”

My Chemical Romance launched their reunion tour earlier this year at the Eden Project in Cornwall, England. Prior to the tour, the band released a new single, “The Foundations of Decay.” The sprawling, six-minute epic that blends to-the-rafters emo rock with clever twists and turns into hardcore and prog that marked My Chemical Romance’s first new music in eight years.

After disbanding in 2013, the group announced their return in fall 2019 and played a single show that December, but the first wave of Covid-19 forced them to put their touring plans on hold. The dates were initially rescheduled for 2021 but pushed again because of ongoing Covid concerns. The North American leg runs through October.

My Chemical Romance’s last studio album, Danger Days: The True Lives of the Fabulous Killjoys, was released in 2010. Following their break-up, they released the compilation May Death Never Stop You in 2014, a greatest hits set that featured one new song, “Fake Your Death.”