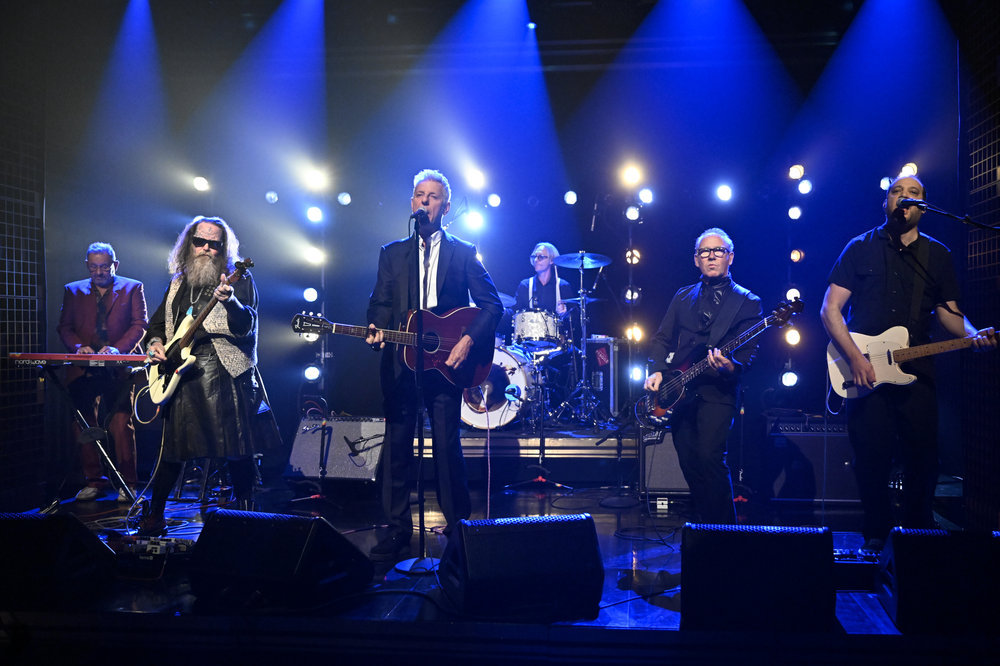 Song appeared on the band’s 1982 album, After the Snow

Modern English appeared on The Tonight Show to perform their 1982 single “I Melt With You” as part of the 40th anniversary celebration of their album After the Snow. The group offered a straight-forward rendition of the ’80s number, which became the band’s most successful track after its release.

The band joined the late-night show as part of an all-’80s show, which also included Jennifer Beals, Lea Thompson, and Ralph Macchio.

Modern English have been on tour in the U.S. this year to celebrate the anniversary of After the Snow and recently wrapped the third leg of the trek Buffalo, New York. The group was initially planned to tour pre-pandemic, but rescheduled their Covid-19-postponed 2020 U.S. tour to this year.

In 2020, Modern English offered up their “Lockdown Version” of “I Melt With You,” recorded that same year, as a download to benefit the National Independent Venue Association (NIVA).

“We were all at our homes in the U.K. apart from [guitarist] Daniel [Jakubovic] who was in Los Angeles,” frontman Robbie Grey explained. “We decided to record ‘I Melt With You’ to put a smile on people’s faces. We are aware of how much the song is loved and just thought a lockdown version would make people happy in these crazy times.”

Modern English had a string of hits in their native England during the late ’70s and early ’80s, but their only song that really crossed the Atlantic to America was “I Melt With You.” Many fans in the States first heard it when it appeared on the soundtrack to the 1983 film Valley Girl and it has since appeared on Glee and in commercials for Burger King, M&Ms, and Taco Bell.