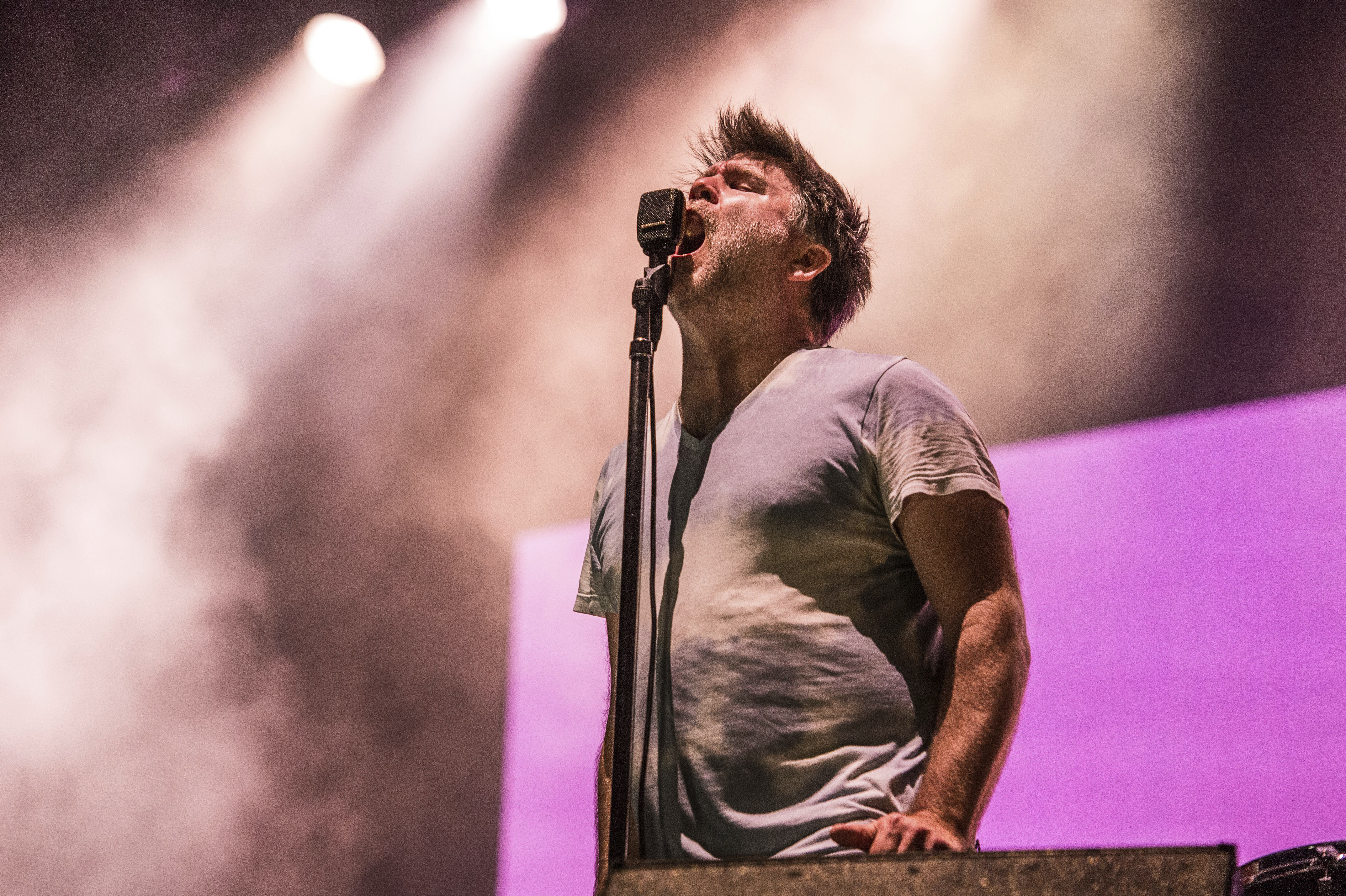 LCD Soundsystem kicked off their six-night residency at London’s Brixton Academy last night, where the James Murphy-led group performed a set of their biggest hits.

The concert included renditions of “New York, I Love You But You’re Bringing Me Down,” “Dance Yrself Clean,” “Daft Punk Is Playing At My House,” and “Losing My Edge.” It closed with a raucous rendition of “All My Friends.”

LCD Soundsystem finishing with a turbo-version of All My Friends to beat the 11 o’clock curfew at Brixton Academy tonight was glorious. @lcdsoundsystem pic.twitter.com/kqlJzVerEn

LCD Soundsystem will perform five more nights in London, with further residencies planned for Oakland and San Francisco in August. The group will join Rosalía, James Blake, and Flume for III Points Festivals, set for October 21-22 in Miami.

Murphy and crew made their live comeback last year with a multi-night residency at Brooklyn Steel in New York, and have continued performing this year. The group released their last studio album, American Dream, in 2017. They also dropped an Electric Lady Sessions live record in 2019.

In March, Murphy wrote a lengthy Facebook post detailing how the group is “reluctant” to get back into an album-tour-break cycle. “We really wanted to stop living like that,” he wrote, referring to the non-stop tour cycle. “We talked about just playing some shows in New York, since most of us live here, and not making it too big of a deal. Like, just playing because we like it and because we like one another. Just be a New York band for a bit. And maybe we’ll do something like that every year. Just stay in shape, if that makes sense.”