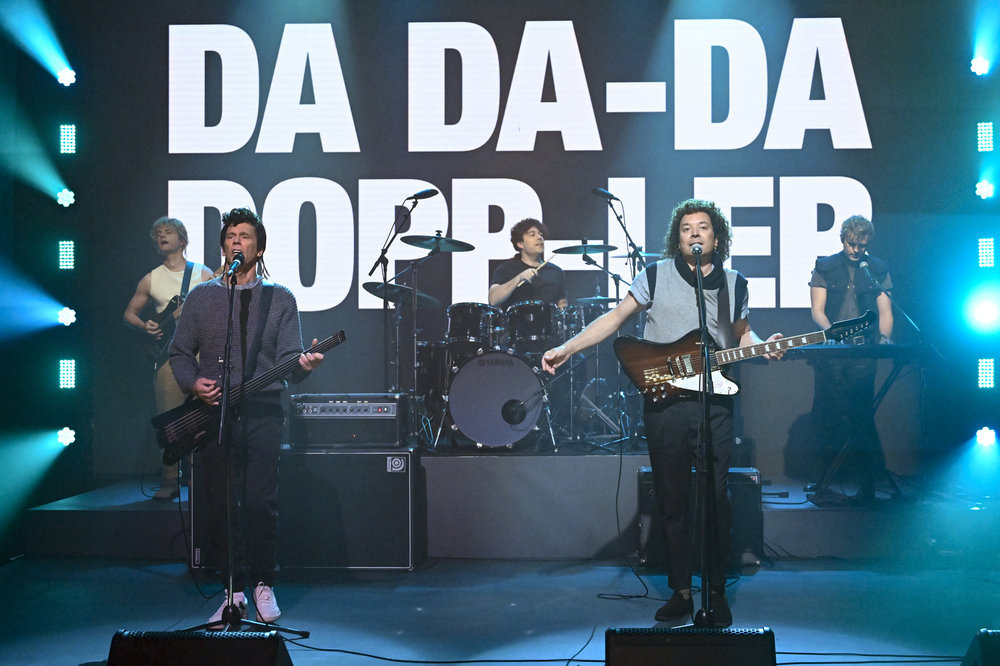 Kevin Bacon joined Jimmy Fallon on The Tonight Show for a segment called “First Drafts of Rock,” which saw the pair performing an alternate version of Tears for Fears’ 1985 song “Head Over Heels.”

Standing in for Roland Orzabal and Curt Smith, complete with ’80s haircuts, Bacon and Fallon showcased the supposed “first draft” of the New Wave song. While the original tune opens with “I wanted to be with you alone / and talk about the weather,” this version takes the discussion of the weather to the next level.

“Got a degree in meteorology / to talk about the weather,” Fallon croons. “According to the dew point the humidity’s up as the temperatures climb / that’s just, just, just summertime.”

This isn’t the first time Bacon has appeared on The Tonight Show to reimagine a classic rock song. In 2019, the actor and musician joined Fallon for a revision of the Clash’s 1982 hit “Should I Stay or Should I Go.” The pair has also rewritten everything from Tom Petty’s “Free Fallin’” to The Beach Boys’ “Fun Fun Fun” and The Kinks’ “Lola.” Chris Stapleton even joined the duo for a version of ZZ Top’s “Legs” several years back.

During his appearance on The Tonight Show, Fallon sat down with Fallon to discuss starring in horror film They/Them, as well as his TV series City on a Hill. The actor also recounted doing the Footloose challenge with his wife Kyra Sedgwick on TikTok.