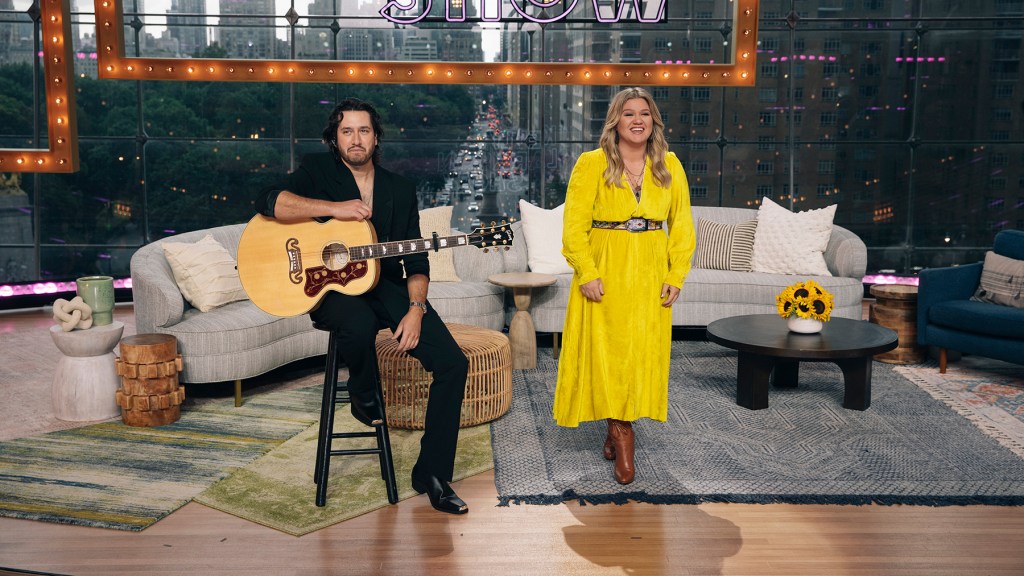 Filming her daytime talk show a few blocks away from the heart of Broadway has rubbed off on Kelly Clarkson. On the latest episode of The Kelly Clarkson Show, the singer and host delivered an acoustic rendition of “Losing My Mind” from Stephen Sondheim’s hit musical Follies, which ran for over 500 performances on Broadway.

“I dim the lights and think about you/Spend sleepless nights to think about you,” she belted out to the full studio audience, asking: “You said you loved me, or were you just being kind?/Or am I losing my mind?”

The cover marks the second “Kellyoke” performance of the show’s fourth season. Clarkson made a grand return to her daytime slot on Monday with a stacked medley of songs from Madonna, Taylor Swift, Willie Nelson, and Aretha Franklin.

The singer recently put a spotlight on the show’s segment with the traveling competition Kellyoke Search. Filmed across locations in New York, Chicago, Dallas, and Los Angeles over the past few weeks, the search hunted for “some of the greatest voices across America” to join Clarkson for a virtual duet of one of her own songs.

The host began bringing fans into the fold after releasing an EP of her own solo Kellyoke covers from past seasons, which included grand renditions of The Weeknd’s “Call Out My Name,” Billie Eilish’s “Happier Than Ever,” Linda Ronstadt’s “Blue Bayou,” and more.