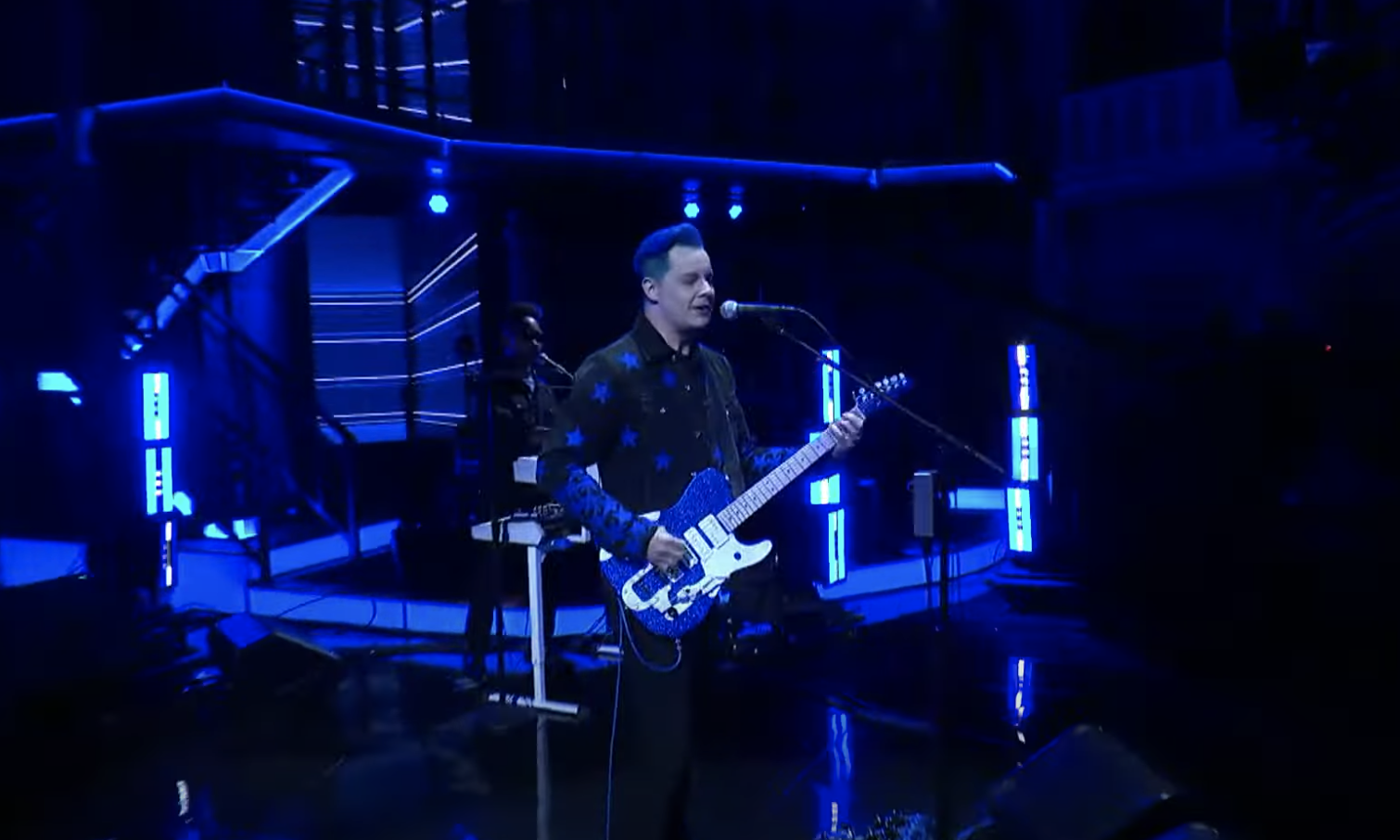 Jack White appeared on The Late Show to perform his recent track, “What’s the Trick?,” and to chat with Stephen Colbert about his career. Appearing with his band, White offered a gritty, raucous rendition of the bluesy song, off his new album Fear of the Dawn.

White sat down with Colbert to discuss Fear of the Dawn, as well as his recent surprise wedding to Olivia Jean and a piece of sage advice he once received from Prince. Third Man Records is preparing to release an unreleased Prince album and White explained to Colbert that “slowly the songs have been released over time, but the actual album as whole, as a piece, together has not been released.”

“I met him one time,” White added of Prince. “At an afterparty for this thing. He was incredibly nice… He told me, ‘No one will ever tell you how to play your guitar, Jack.’”

Tying the two new solo albums together will be White’s 2021 single, “Taking Me Back”: Fear of the Dawn will open with the regular version of the song, while Entering Heaven Alive will close with a different version, “Taking Me Back (Gently).”

White is currently on a North American tour in support of the two albums. The run wraps June 11 in Broomfield, Colorado. A second, shorter leg will launch in August.