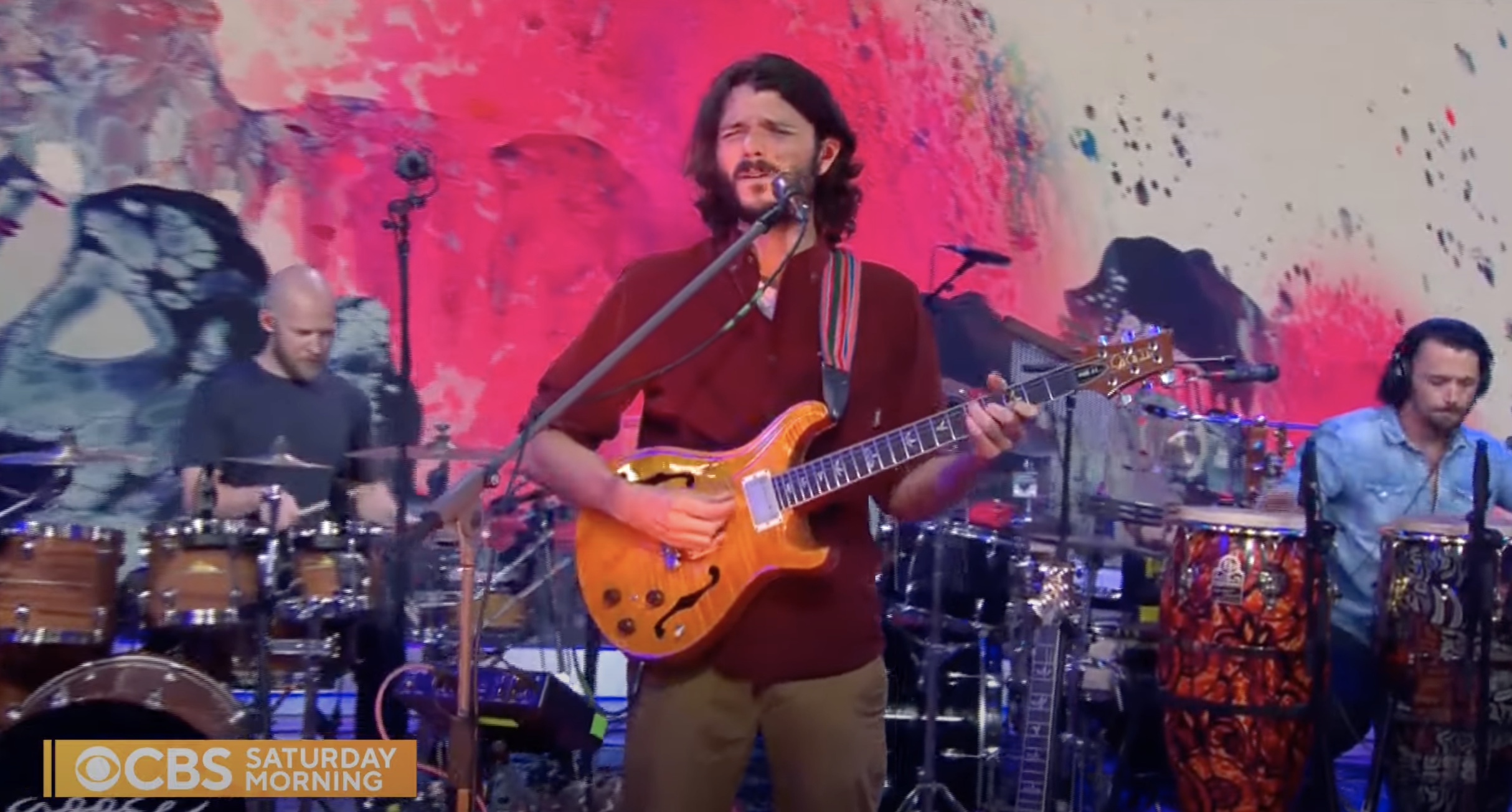 Goose, the Connecticut rockers that Rolling Stone called “the most talked about jam band in the country right now,” gave the nation a taste of their just-released album Dripfield this weekend as part of CBS Mornings’ Saturday Sessions.

Earlier this month, prior to the June 24 release of Dripfield, Goose spoke to Rolling Stone about the challenge jam bands face when attempting to capture their live sound inside the studio, as well as restraining their jammier ambitions but still finding room to improvise.

“It was a different type of improvising,” Goose’s Peter Anspach said. “All of a sudden we were improvising within the song in different ways, playing different parts that we wouldn’t have ever thought to play. We were also experimenting with different instruments, and in that way there’s a lot of improvisation going on. So it’s different than we’re all jamming onstage. There’s a few jammier sections of the record, but a lot of it was more improvisation within the song form and experimentation.”

As for comparisons between Goose and jam legends like Phish, drummer Ben Atkind said, “At this point, I take everything with a grain of salt and I think most of it is kind of funny. But at the same time, I’m used to it. It doesn’t frustrate me. The comparisons, people trolling each other, and just the attitude that jam band fans have can be a little unfortunate sometimes. Because you have these fans that are so into the music and will come on tour and support us, and that side is amazing.”