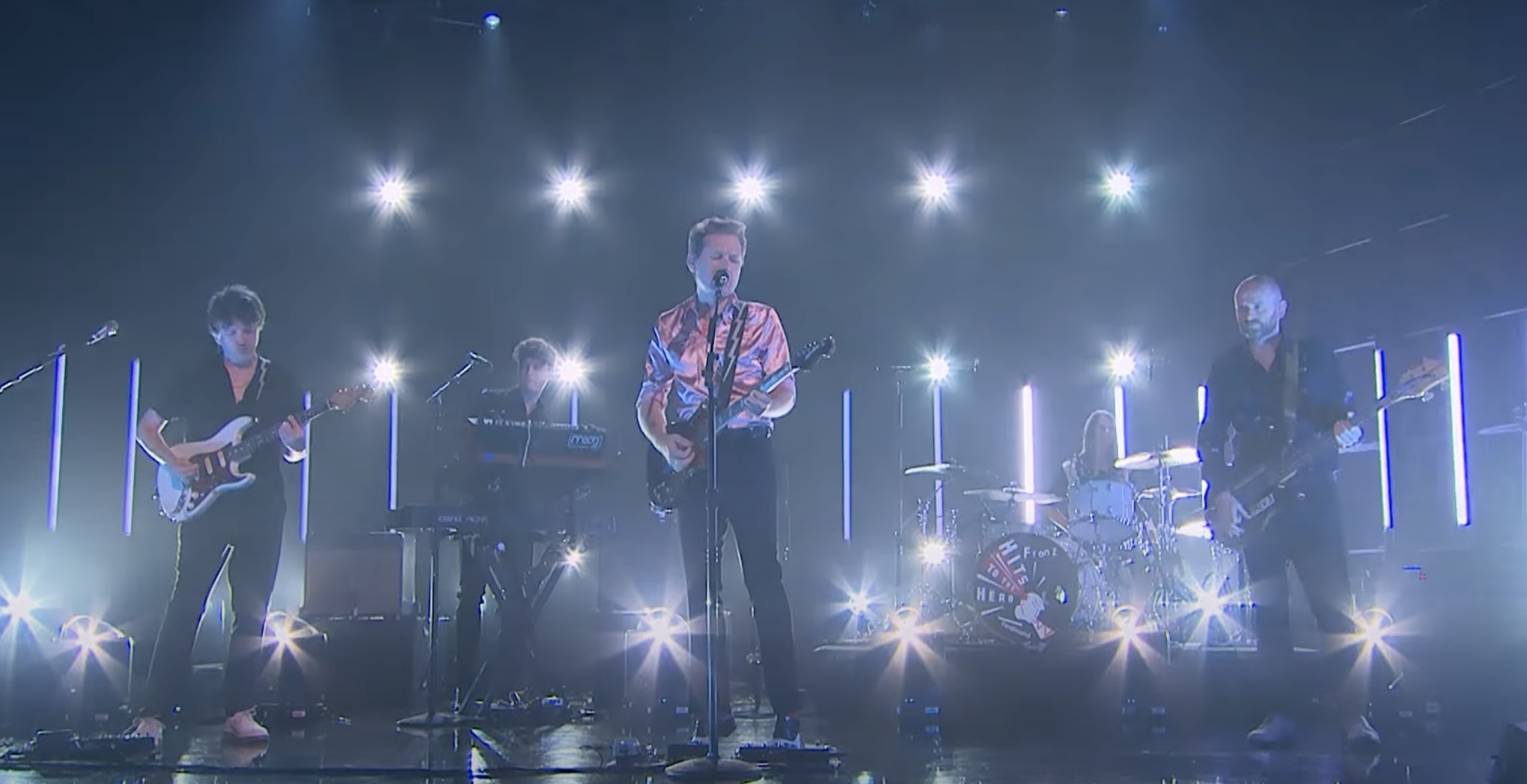 Franz Ferdinand visited the Late Late Show Wednesday to deliver an electrifying rendition of their song “Curious,” one of the new tracks the Scottish indie rockers recorded for their greatest hits collection Hits to the Head.

The 20-song best-of compilation arrived in March; in addition to the band’s hits like “Take Me Out” and “Do You Want To” and other songs scattered from their nearly 20-year catalog, the collection featured a pair of new songs, “Billy Goodbye” and “Curious.”

In a statement prior to Hits to the Head’s release, frontman Alex Kapranos talked about curating a greatest hits track list, as well as defending the much-maligned best-of collections in general.

“It’s the same as writing a set list for a festival: You want to play the songs you know people want to hear. The hits,” Kapranos said. “Bring the hits to the head. The heart. The feet. That means obvious singles, but also songs you know have a special meaning for both band and audience, like ‘Outsiders.’”

He continued, “We also added two new songs, recorded last year: ‘Billy Goodbye’ and ‘Curious,’ both co-produced at the last stage with Stuart Price. I have friends who believe you’re somehow not a ‘real’ fan if you own a best-of rather than a discography. I disagree. I think of my parents’ record collection as a kid. I loved their compilation LPs. I am so grateful that they had Changes or Rolled Gold. Those LPs were my entrance point. My introduction.”