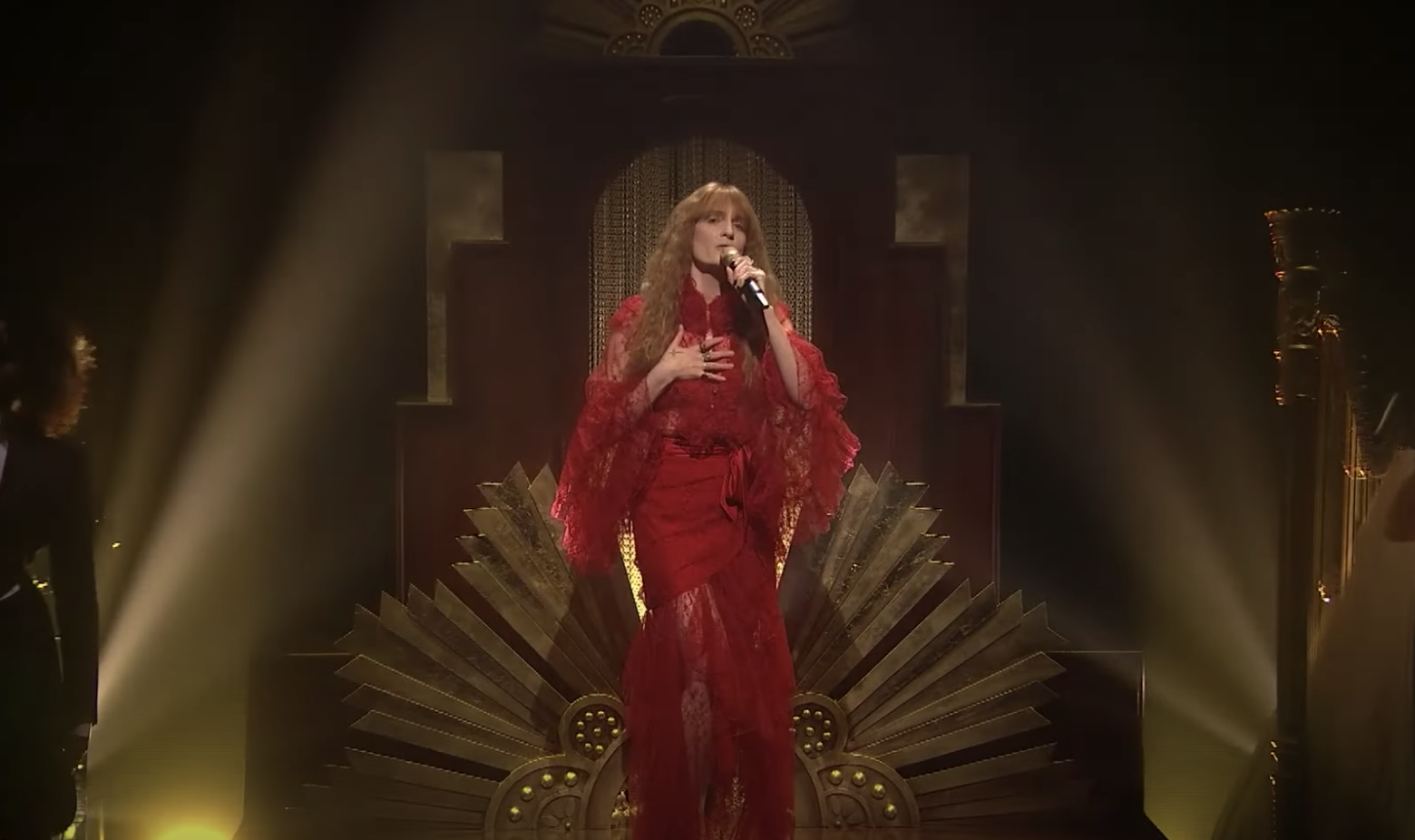 Florence and the Machine appeared on The Tonight Show to perform their evocative single, “My Love.” Performing with a back-up singer and a harpist, singer Florence Welch and her bandmates gave the performance a vintage flair complete with an Art Deco-inspired backdrop.

Welch also joined host Jimmy Fallon for a segment based on audience suggestions he pulls out of a box. One suggestion: for someone to finish singing Jimmy Buffett’s “Margaritaville,” which was cut off during a previous show. “We found someone great to finish singing it,” Fallon announced, welcoming Welch to the stage to perform the iconic tune along with himself and Buffett.

Florence and the Machine’s fifth LP, Dance Fever, arrives this week. The album — produced by Welch, Jack Antonoff, and Dave Bayley of Glass Animals — was recorded in London over the course of the pandemic. The songs evoke what Welch “missed most during lockdown — clubs, dancing at festivals, being in the whirl of movement, and togetherness,” according to a release. On Instagram, the singer described the album as “a fairytale in 14 songs.”

Welch also sat down with Fallon to discuss the album and how Covid impacted the process of making it.