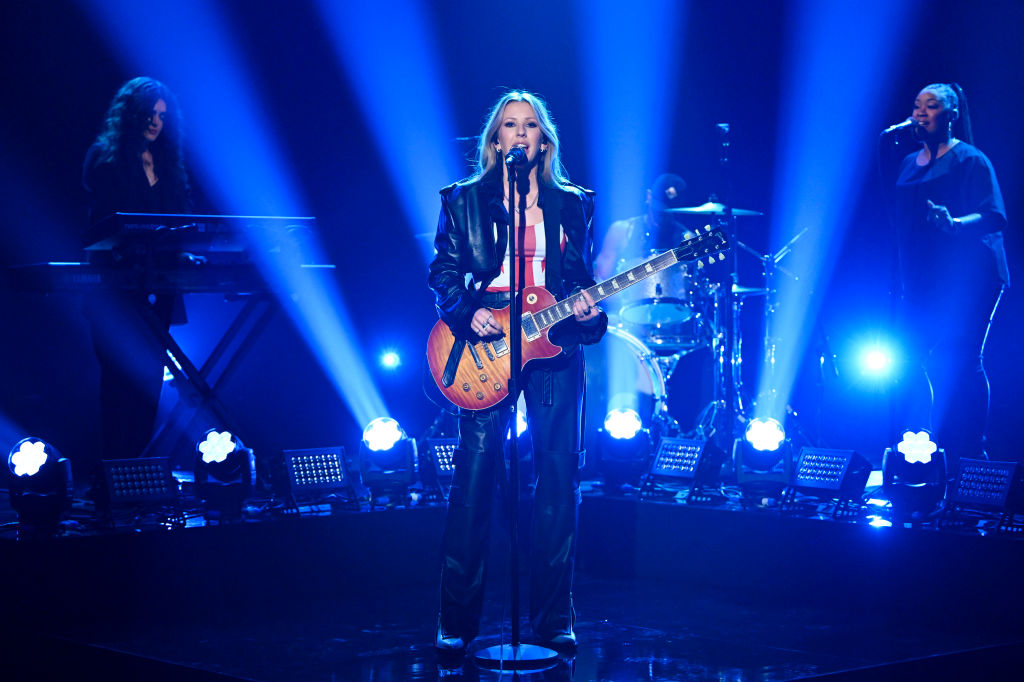 Track is the first single of pop singer’s upcoming new album, due out early 2023

Ellie Goulding appeared on The Tonight Show to perform her latest song “Easy Lover” — “one of my favorites,” host Jimmy Fallon said — on Tuesday night.

The track — which is not a cover of the Phil Collins & Philip Bailey classic of the same name — is the first single off Goulding’s upcoming album, the follow-up to 2020’s Brightest Blue. (While the studio version boasts a guest version by Big Sean, the rapper did not appear on The Tonight Show to deliver his verse.)

“I wrote ‘Easy Lover’ in L.A. with Julia Michaels after conversations about the age-old tale of being infatuated by someone cool and beautiful knowing that they will never quite feel the same,” Goulding previously said of the single in a statement.

“It’s about going back to the same dangerous person to feel alive when you know they have hurt people again and again before you. Having the legendary Greg Kurstin produce any song of mine is always a dream come true. He always understands the assignment!”

The Tonight Show performance features Goulding on lead guitar, something fans should get accustomed to before her next tour.

“I’m going to play guitar pretty much the majority of the set when I start touring next year, because my album is coming out at the beginning of next year,” Goulding recently told Bustle, citing influences like Tom Morello, Jimi Hendrix, and Eric Clapton (“although he’s kind of a dick,” she admits).

“I am going to play guitar for most of it, which will just require a good amount of rehearsals. I’d love to get to a point where it’s just all natural to me. I’ve been doing a few tours with no guitar. It’s weird, but I guess I was more focused on singing.”