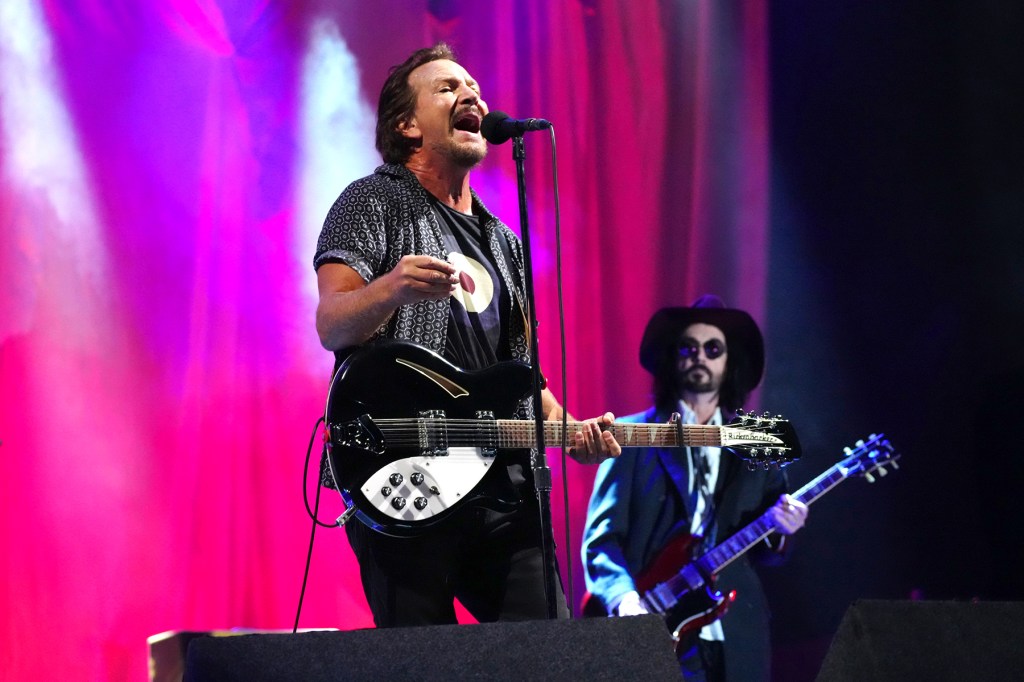 Eddie Vedder’s Ohana Festival took place at Dana Point, California, over the weekend with a bill that included Stevie Nicks, Jack White, Brittany Howard, P!nk, St. Vincent, and the Pearl Jam frontman himself. The final night of the festival happened to be five year anniversary of Tom Petty’s death, and several of the performers took a moment to honor his legacy.

It began on Friday evening when Stevie Nicks and her band — which includes Heartbreakers keyboardist Benmont Tench — took the stage to a recording of Petty’s 1989 classic “Runnin’ Down a Dream.” Their set featured “Free Fallin’” and “Stop Draggin’ My Heart Around,” with Vedder singing Petty’s original vocal parts.

The Petty tribute continued Saturday afternoon when Mike Campbell and the Dirty Knobs played a set that included the Petty tunes “Fault Lines,” “Even the Loses,” and “Runnin’ Down a Dream.” It continued hours later when Campbell came onstage with Vedder and the Earthlings for emotional takes on “Room at the Top” and “The Waiting.” (Check out the fan-shot video of the performances.)

“Tomorrow will be five years since we all lost this guy that was a part of our lives,” Vedder told the crowd. “I think about him all the time, as we all do. I keep reminding myself how grateful we can be because we still have his voice in our heads, and the songs are in us. We can play them loud, and we can still hear him. Tonight we’re actually so fortunate because we also have legendary Heartbreakers, Mr. Mike Campbell, with us on guitar tonight…It’s turning into Tom Fest this weekend, and I couldn’t be happier about it.”

Other highlights from Vedder’s set include the Pearl Jam tunes “Lukin,” “Porch,” and “Rearviewmirror,” covers of George Harrison’s “Isn’t a Pity,” and The LA’s “Timeless Melody.” They also played Temple of the Dog’s “Hunger Strike,” with Andrew Watt taking on the Chris Cornell vocal parts.

Vedder’s mini tour with the Earthlings continues October 5 in Paso Robles, California, and wraps up October 7 in Las Vegas, Nevada. His plans for 2023 are unclear, but there are many territories that Pearl Jam have yet to hit on their Gigaton tour.