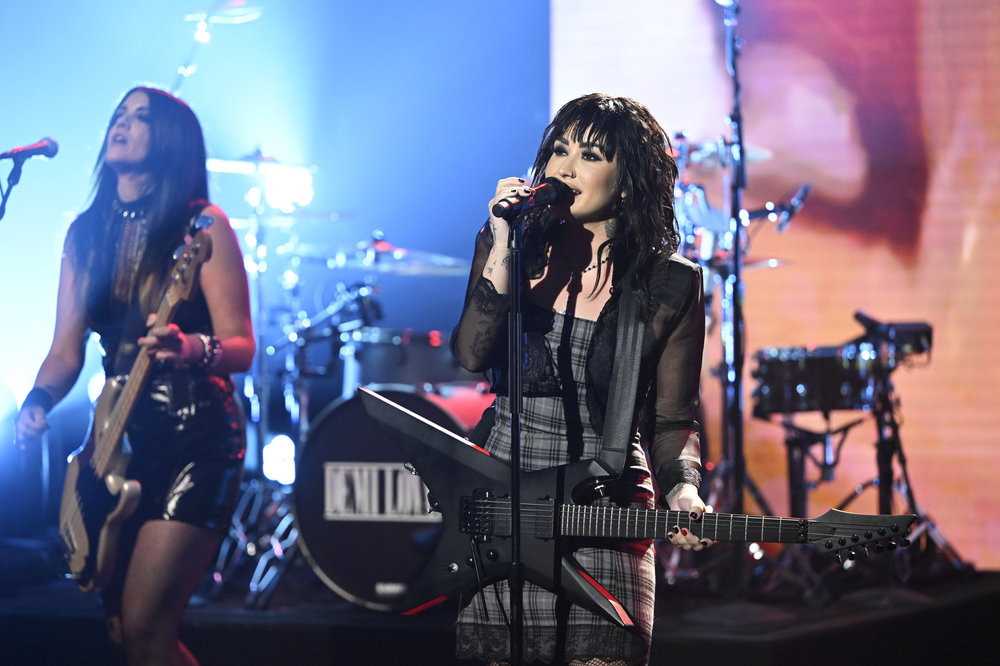 Demi Lovato stopped by The Tonight Show to perform their recent single, “Substance.” Appearing with a band, Lovato took on vocals and lead guitar for the anthemic pop-punk track, released last month.

“Substance” will appear on Lovato’s forthcoming LP, Holy Fvck, out Aug. 19. It was written by Lovato, Oak, Keith Sorrells, Alex Niceforo, Laura Veltz, and Jordan Lutes, and produced by Oak, Sorrells, and Niceforo.

“I’m so excited to share another taste of what’s in store for this album,” Lovato explained in a statement when the single dropped. “We can all relate to searching for something more in life, and I want this song to make you feel like you’re having a damn good time while doing it.”

Lovato sat down with host Jimmy Fallon to discuss their new music and to reflect on the full-circle moment when Kelly Clarkson covered one of their songs. The singer and Fallon also played a round of a game called Quicktionary.

Lovato launched their current rock era with “Skin of My Teeth” last month, the first single off Holy Fvck. Along with “Substance,” the singer has shared the album’s complete track list, which includes collaborations with Yungblud, Royal & The Serpent, and Dead Sara. The album is available for pre-order now.

To support the album, Lovato will tour in North and South America this fall. The 32-date tour kicked off Aug. 13 in Springfield, IL at the Illinois State Fair and wraps in Irving, TX at The Pavilion at Toyota Music Factory on Nov. 6. Dead Sara and Royal & The Serpent will open select dates.