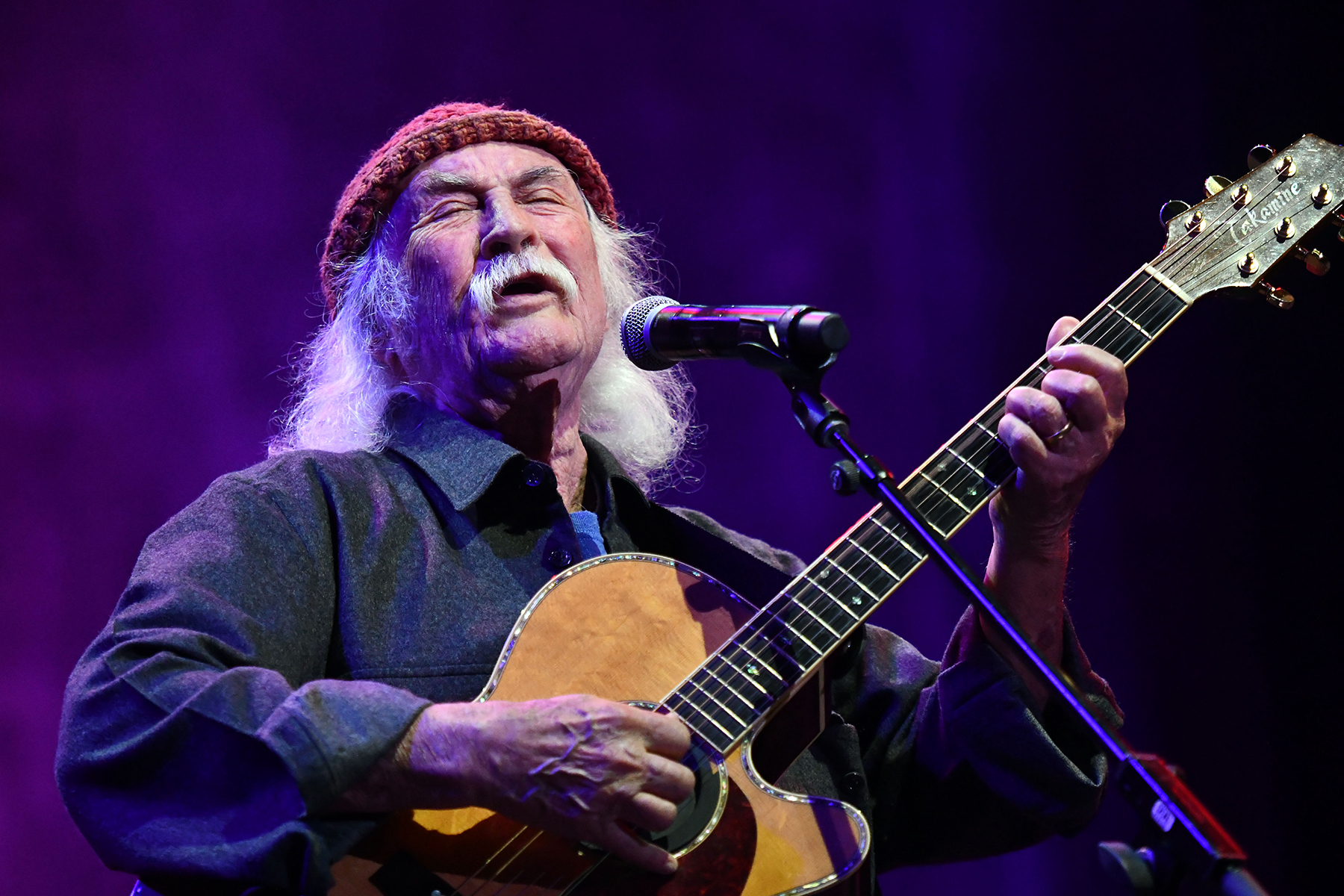 David Crosby came out near the end of Jason Isbell and the 400 Unit’s Santa Barbara, California, show on Saturday night to perform a powerful rendition of the 1970 Crosby, Stills, Nash, and Young classic “Ohio” alongside Shawn Colvin. It was his first time playing live in any capacity since 2019.

“Was soooooooooo goooood to play with people who love it,” Croz tweeted after the performance. “Haven’t played live for a long time. Jason and that band swing so hard. Then he is just sitting there alone singing ‘Cover Me Up’ and we’re crying.”

“It was an honor to have you, my friend,” Isbell wrote in response. “Lotta fun too.”

They also played “What I’ve Done to Help” from Isbell’s 2020 LP Reunions, which featured Croz on background vocals. “I think he’s the best young writer in country music right now,” Crosby Tweeted in 2021.

Crosby has recorded five solo albums since 2014’s Croz and he has another two in the works, but he turned 80 in August and he says his touring days are likely behind him. “I can’t do a bus tour anymore since I can’t sleep on them anymore; I’m just too old,” he told Rolling Stone last year. “Also, my guitar playing is a real problem. I can still do it, but I’m down 20 percent from where I was at my best, and it’s deteriorating pretty steadily. If I play again, I’d have to bring another guitar player into the band.”

He is at least slightly open to the idea of a week-long residency in New York or Los Angeles at some point. “All the musicians I talk to really want to do that very badly,” he said. “We’ve got good stuff to do. I’m not sure, but I do have a band in mind for it. And if I do it, it won’t be for the money.”

Croz stayed on the road in recent years largely for financial reasons, but he sold his catalog to Irving Azoff’s Iconic Artists Group last year. The move dramatically changed his financial situation. “That wasn’t a thing I wanted to do, but doing that deal with Irving made it possible for me to not worry about the money,” Crosby said. “I paid off my house. That was really scary. We were really worried we were going to lose it. I couldn’t work live and I couldn’t make any money doing records. That deal made a difference for us. It really helped a lot.”