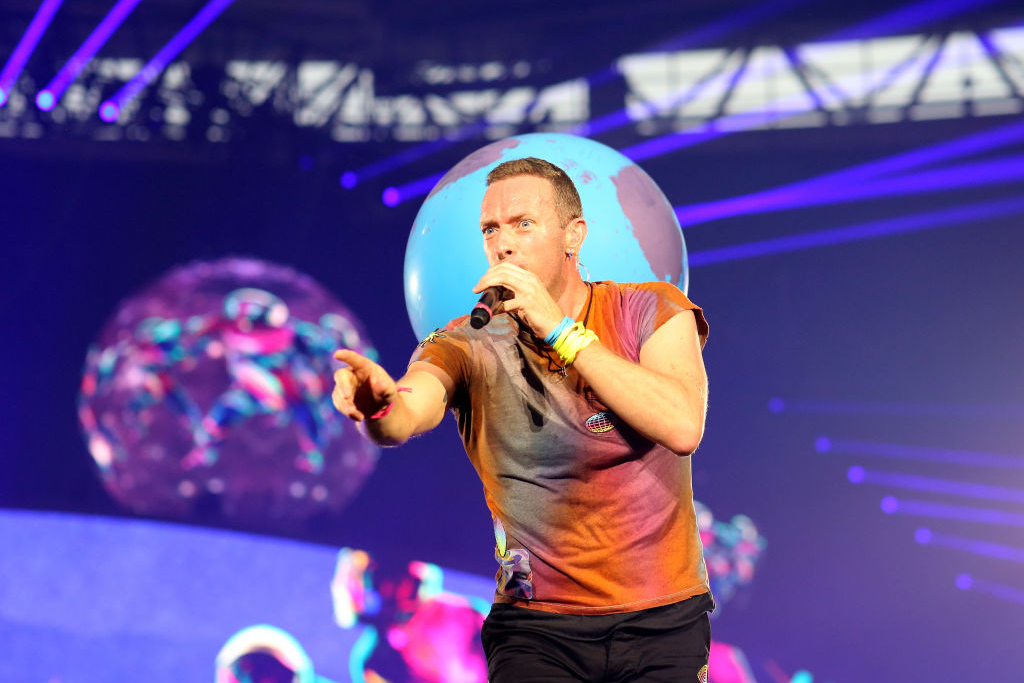 Coldplay, Natalie Imbruglia, and Jacob Collier performed a cover of “Summer Nights” in tribute to Olivia Newton-John, who died last week, during a concert at London’s Wembley Stadium.

During the performance, Imbruglia sang Newton-John’s part of the Grease hit while Coldplay’s Chris Martin took on John Travolta’s part. Collier joined him during the chorus, with much of the audience singing along.

At another point in Coldplay’s headlining performance, the band joined Imbruglia for a duet of “Torn,” Imbruglia’s 1997 debut single.

Coldplay are currently on the U.K. leg of their Music of the Spheres Tour, which initially kicked off in March in in Costa Rica. The tour aims to cut direct emissions from Coldplay’s last tour in 2017 by 50 percent, as well as power each show entirely by renewable, super-low emission energy; that includes installing solar panels at each venue, “kinetic stadium floor and kinetic bikes powered by fans,” and transporting around a mobile, rechargeable show battery to store the energy.

The band’s most recent LP, Music of the Spheres, dropped last fall. They recently shared a music video for album cut “Biutyful,” which features the Weirdos.

This is the second time Imbruglia has showcased a duet of “Torn” onstage in London recently. In July, she joined Olivia Rodrigo for a special rendition of the chart-topping single.