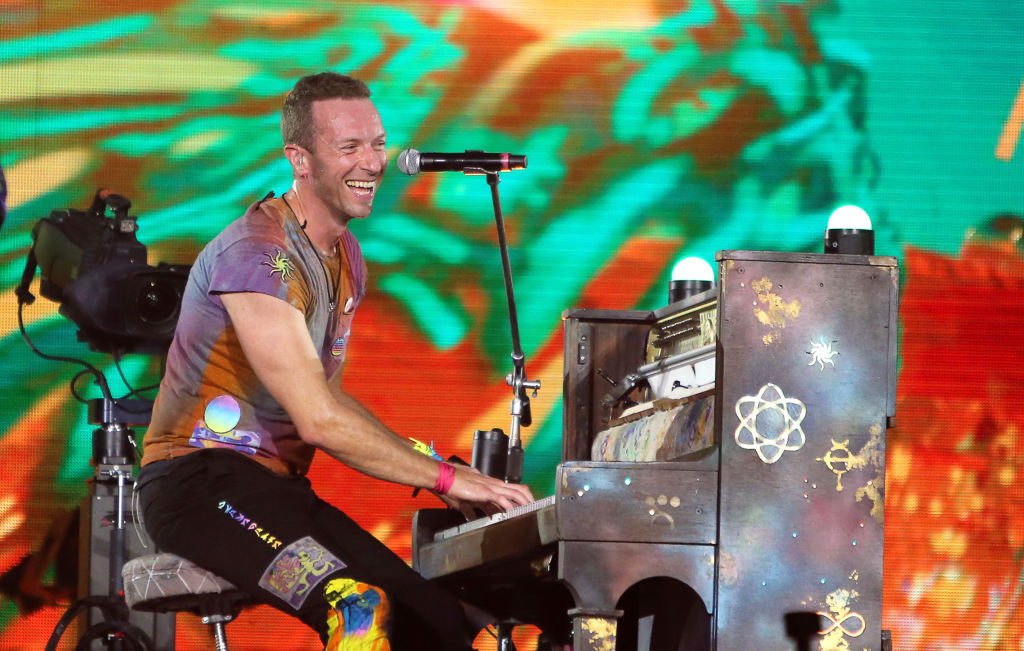 Band also showcased a rendition of ABBA’s hit “Knowing Me, Knowing You”

Watch out, Vecna. Coldplay jumped on trend last night during their six-night run at London’s Wembley Stadium to cover Kate Bush’s “Running Up That Hill.” Joined by Steve Coogan, playing his character Alan Partridge, Jacob Collier, and Nicole Lawrence, the group also performed a version of upbeat ABBA tune “Knowing Me, Knowing You.”

Later in the show, actor Simon Pegg joined Coldplay on stage for the band’s some “A Sky Full of Stars.”

Coldplay has invited numerous special guests onstage during their performances at Wembley over the past week, including Natalie Imbruglia, who they enlisted for a cover of the Grease song “Summer Nights” as a tribute to the late Olivia Newton-John.

Last week, Coldplay released a music video for “Humankind,” off their album Music of the Spheres. The “Humankind” video is the latest Music of the Spheres visual Coldplay have shared, following a clip for “Biutyful,” which arrived back in July. That video featured a band of puppets dubbed the Weirdos, who also joined Chris Martin for a performance of the same song on The Tonight Show.

Coldplay released Music of the Spheres last October, marking their ninth studio album and first since 2019’s Everyday Life. Following their London dates and a pair of shows in Scotland, Coldplay will kick off a fall tour of South America next month. More dates for 2023 are expected to be announced soon.