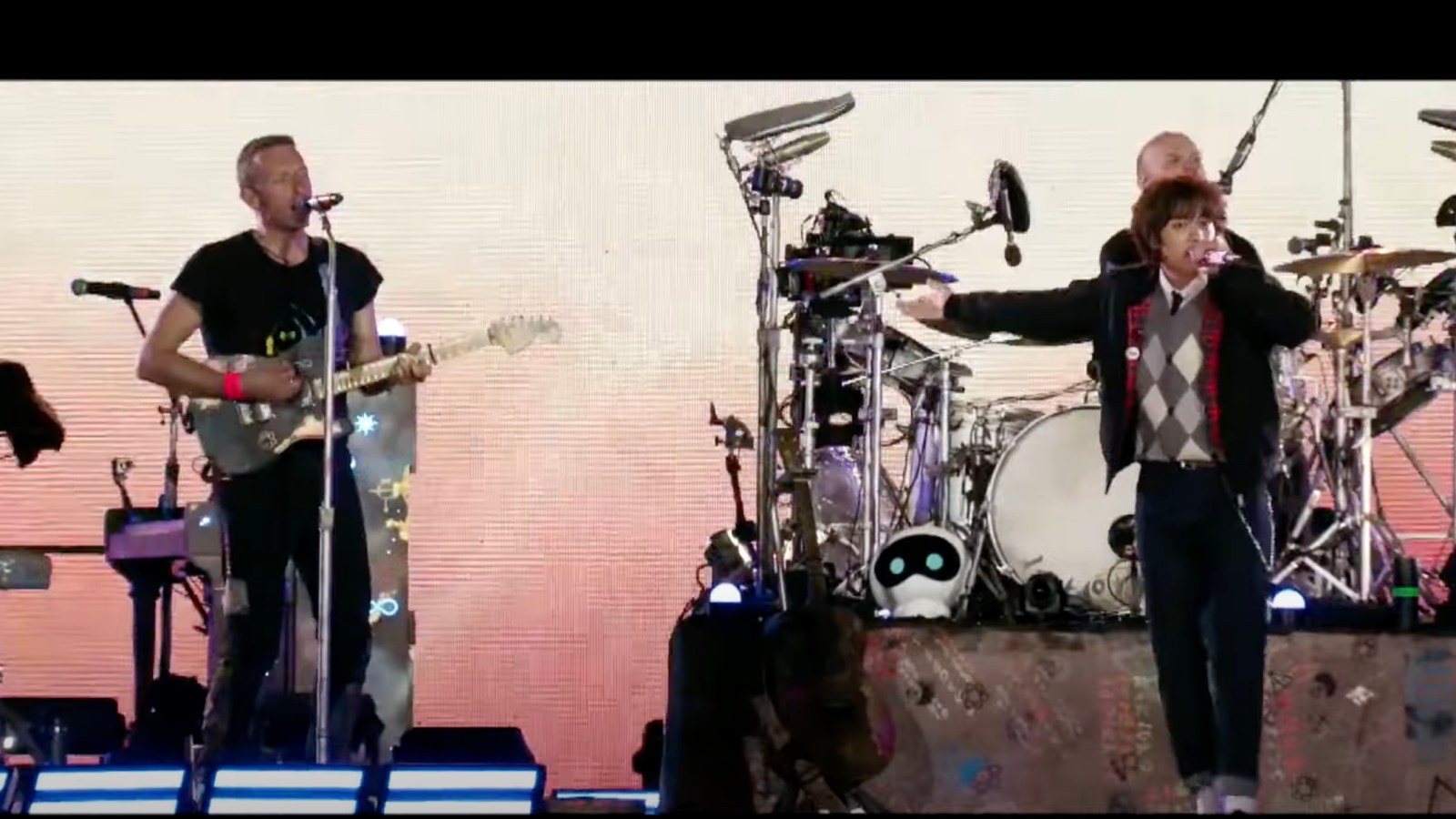 As promised, BTS’ Jin joined Coldplay during their Buenos Aires concert Friday for the live debut of “The Astronaut,” the just-released single the K-pop star co-wrote with the band.

Coldplay and BTS previously collaborated on the single “My Universe,” which ultimately led to the creation of “The Astronaut.”

“About six months ago, one of [BTS’] members called me up and he said, ‘I have to leave the band in December for two years to join the army in Korea, because that’s the rules there,” Martin told the crowd prior to the performance, which was part of the band’s concert livestream from River Plate Stadium (via Billboard).

“And he said, ‘I need a song that says goodbye to everybody for a little while, and tells them that I love them… So I said, ‘Okay, we’ll do a song together,’ and instead of being worried about it, I feel so excited about it, so grateful for this relationship that we have with BTS. Then this song arrived and I was like, ‘This is one of our best songs — let’s give it to this gentleman.’ And he’s flown all the way here.”

Jin’s appearance at the Coldplay concert came as no surprise as both artists previously announced they would debut the track live at the Argentina show, with Coldplay also sharing rehearsal footage earlier in the week.

With BTS on the precipice of “mandatory military duties” in South Korea, Jin reached out to Coldplay for his goodbye-for-now anthem.

“When we spoke about you having to leave for a while and missing the band and your fans, it was really powerful,” Martin previously shared in a text conversation with Jin. “I think the song found its way because of that conversation.”

Jin responded, “Thank you so much for working so closely on this song with me and listening to my opinions every step of the way. I feel super honored to have worked with you, my superstar, my bro.”