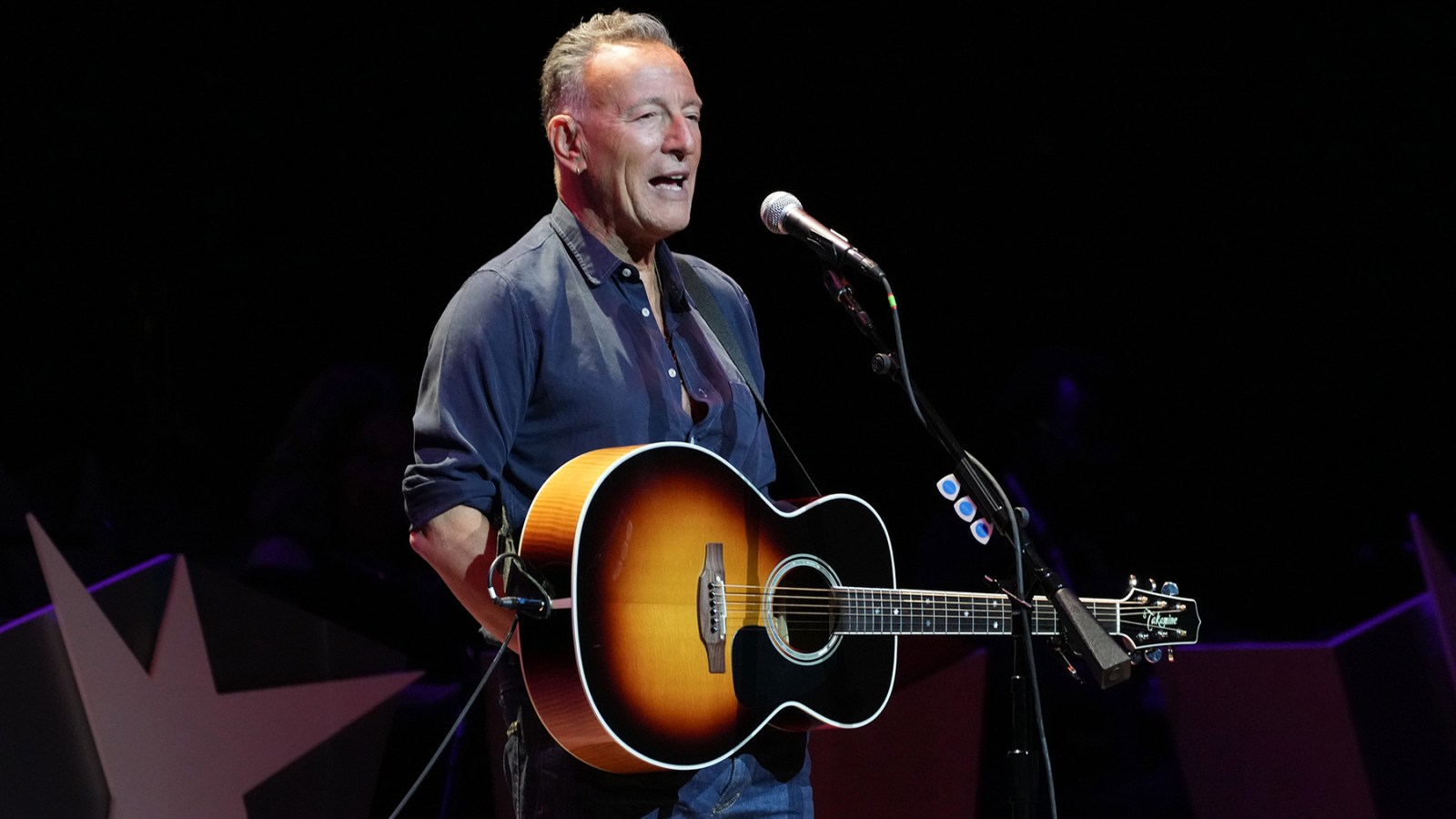 With the lone exception of the 2017 show that conflicted with his Broadway residency, Springsteen has played at every Stand Up For Heroes since the inaugural event in 2007. It raises money for veterans and their families. “I’ve been here for 16 years,” Springsteen told the crowd, which was packed with U.S. service members. “It’s always an honor to be here with our men and women in uniform who have given us so much. Thank you, thank you.”

Keeping with a long tradition, Springsteen sprinkled dirty jokes throughout the set, which you can watch right here via fan-shot footage. He offered up long, meandering stories at prior events, but he stuck to quick one-liners this time. “During sex, you burn off as many calories as if you ran eight miles,” he said right after taking the stage. “But who can run eight miles in 30 seconds? Got that off the Internet.”

“Why does it take 100 million sperm to fertilize one egg?” he asked later. “Because, like all men, they won’t stop to ask directions.”

His set began with “House of a Thousand Guitars” from his 2020 LP Letter To You, which he labeled his “state of the union.” He played the song at the digital iteration of Stand Up For Heroes in 2020, but this was his first time performing it in public. He followed it up with a tender “I’ll Work For Your Love” from Magic and a moving “I’ll See You In My Dreams” from Letter To You before wrapping up with a singalong rendition of “Dancing In The Dark.”

Springsteen has no live gigs on the books until his world tour with the E Street Band kicks off February 1, 2023, in Tampa, Florida, at the Amalie Arena. But he’s releasing the new soul covers Only The Strong Survive on Nov. 11. He appeared on The Howard Stern Show to promote it on Halloween, and he’s heading to England for another interview on The Graham Norton Show.

Stand Up For Heroes, meanwhile, raised $4.5 million from the event at David Geffen Hall. They’ve already announced a November 6, 2023, date for the next event. They haven’t released the names of any performers for it, but odds are very high that Bruce Springsteen will once again be a part of it.