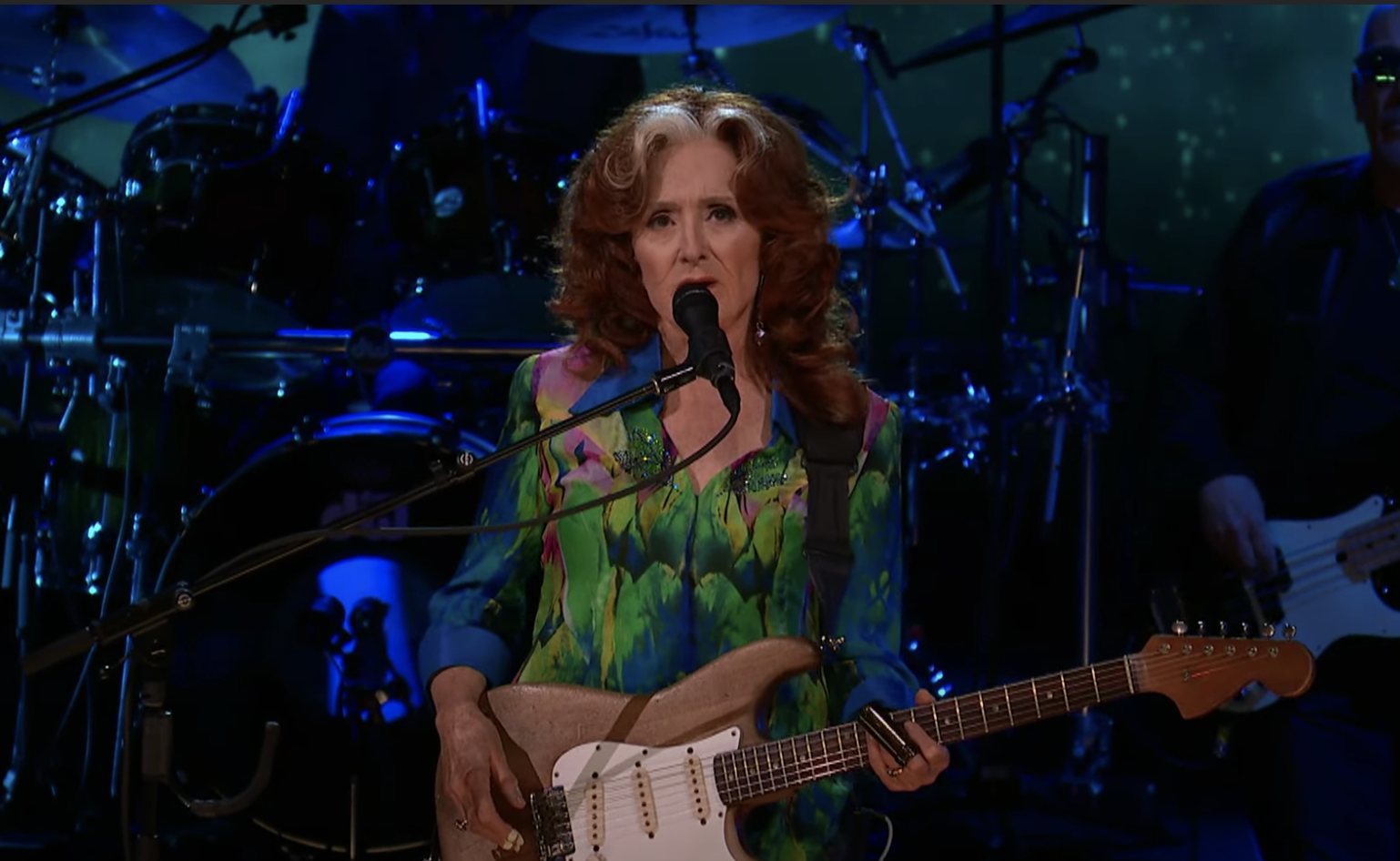 Bonnie Raitt slowed things down with a soulful rendition of her song “Blame It on Me” on The Late Show. The musician and her band gave the track a bluesy, intimate vibe, which was aided by the dim, moody lighting on the late-night show stage.

“Blame It on Me” appears on Raitt’s new album Just Like That…, which dropped in April via Redwing. Raitt recorded the LP in Sausalito, Calif. last summer. The musician produced it herself alongside mixing engineer Ryan Freeland. She tapped a collection of musicians for the songs: bassist James “Hutch” Hutchinson, drummer Ricky Fataar, keyboardist and backing vocalist Glenn Patscha, and guitarist Kenny Greenberg.

“On this record, I wanted to stretch,” Raitt said in a statement. “I always want to find songs that excite me, and what’s different this time is that I’ve tried some styles and topics I haven’t touched on before.”

She added, “I’m really aware of how lucky I am and I feel like it’s my responsibility to get out there and say something fresh and new—for me and for the fans. But I need to have something to say or I won’t put out a record.”

The musician will support the album on tour, with dates scheduled all the way through November. Raitt will receive support from Lucinda Williams, Mavis Staples, and Marc Cohn on select dates.