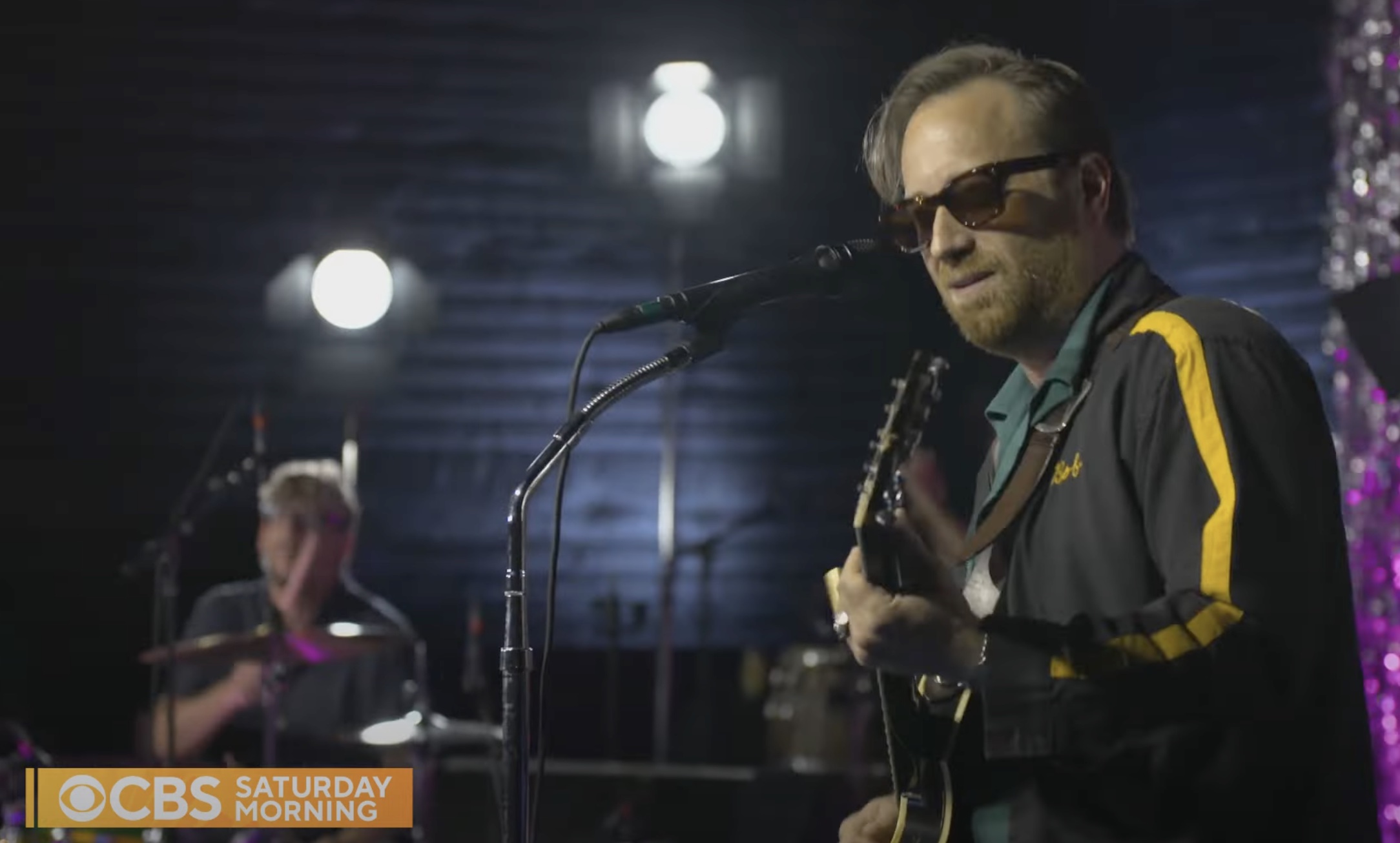 The Black Keys performed a trio of tracks and reflected on their now-20-year career in rock as part of CBS Mornings’ “Saturday Sessions.”

The duo of Dan Auerbach and Patrick Carney and their live band rumbled through the opening tracks from their latest album Dropout Boogie — “Wild Child” and “It Ain’t Over” — before reaching back to their 2012 hit “Gold on the Ceiling.”

In addition to the performances, the duo reminisced about their careers ahead of their first-ever amphitheater tour in support of Dropout Boogie and the 2021 covers LP Delta Kream, a trek that also celebrates the Black Keys’ 20th anniversary.

Speaking to CBS’ Anthony Mason for the first time in a decade — the two last chatted with Mason in 2012, when they were enshrined in their Akron, Ohio high school’s Hall of Fame — Auerbach and Carney talked about touring at the start of their careers.

“We communicate now more than we did even when we were 22,” Carney said. “We turned into old farts.”

“We’ve only got each other to talk to, we might as well go back in the van,” Auerbach added. “Especially with the 20th anniversary, it’s made us put some things in perspective. I’m always reminded when I get with Pat how easy it is to just make music. We don’t even talk about, it’s a magical gift we were given.”