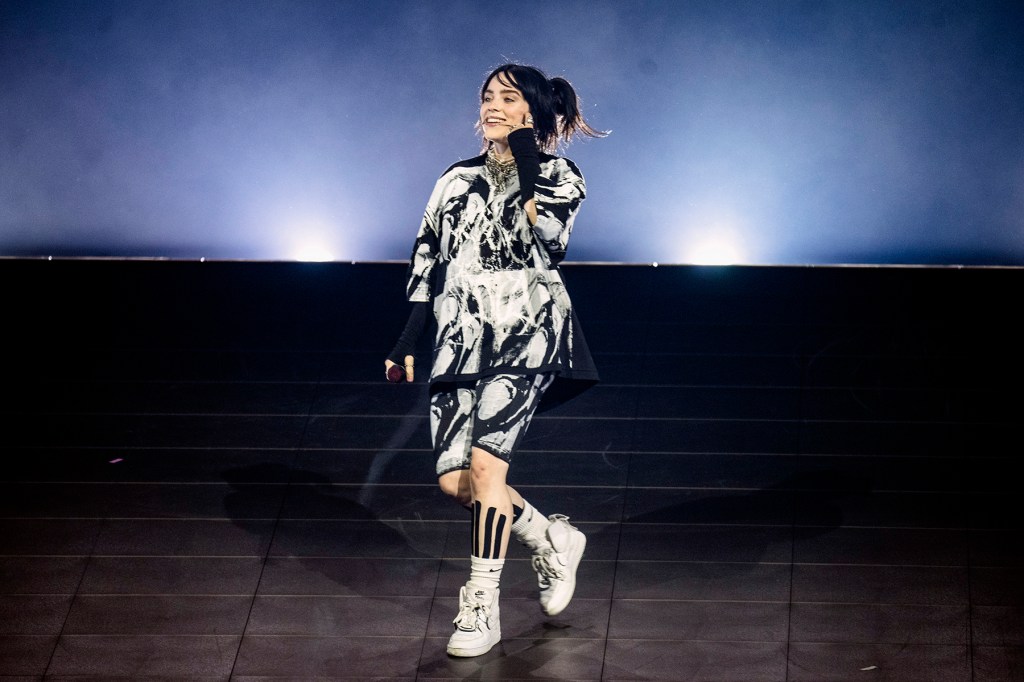 The world tour in support of Billie Eilish’s sophomore studio album Happier Than Ever was a long time coming. As the global event comes to an official close, the singer is sharing highlights from her career-spanning setlist with live performance videos from her sold-out show at London’s O2 arena, including the swaggering single “Therefore I Am” and the unbothered deep cut “I Didn’t Change My Number.”

Both videos were sourced from the recent global livestream of the Happier Than Ever tour stop presented exclusively by Apple Music Live. The show is available to watch in full on-demand and has been uploaded in Spatial Audio.

In each video, the sold-out audience challenges the volume of the 20-year-old singer’s own microphone and wins, screaming each lyric back with unbridled enthusiasm. This was Eilish’s reality night after night as she delivered a knock-out live show to audiences across 77 shows. The trek began in New Orleans, Louisiana, in February and wrapped last week in Perth, Australia.

“My live show is one of the most important parts of me as an artist,” Eilish explained in an interview with Apple Music’s Zane Lowe ahead of the live show premiere. “And the idea that there are people that know me as an artist and don’t know me live freaks me out. I kind of wish I was known mainly for my show.”