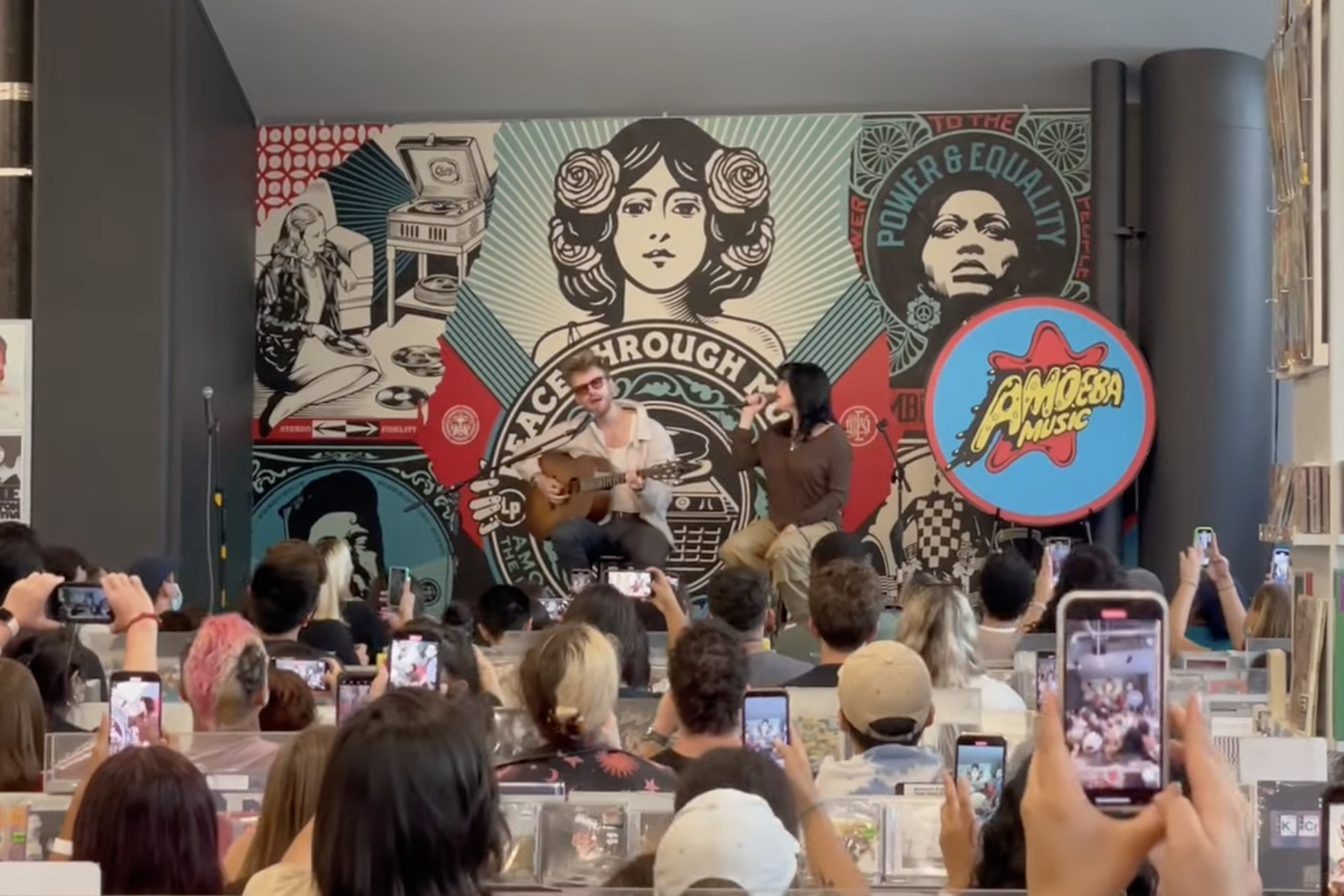 Billie Eilish marked the one-year anniversary of the release of her sophomore album Happier Than Ever Friday with a surprise performance at Amoeba Music in Hollywood.

The Grammy Award-winning singer was accompanied by her brother and songwriting partner Finneas on guitar for the intimate appearance. Eilish performed four songs during the lunchtime set: “Billie Bossa Nova,” “Getting Older,” “TV” and “Happier Than Ever.”

“This is so cute,” Eilish told the crowd between songs. “You guys are just the best, and it’s been the most amazing year. You guys have been so sweet and respectful about this album and I just love you.” The singer also took requests from the audience, but shot down fans who asked her to perform some of her more emotionally fraught songs. “I’m hearing ‘Everybody Dies,’ but it’s such a downer,” she said.

After the performance, Eilish was mobbed by fans as she drove her Dodge Challenger out of the parking structure attached to the popular record store.

Earlier this month, Eilish dropped her Guitar Songs mini EP, featuring new tracks “TV” and “The 30th.” In an interview with Apple Music’s Zane Lowe, the 20-year-old described the songwriting process behind both tracks, revealing that the mention of the overturning of Roe v. Wade in “TV” was included in the song long before the landmark decision was confirmed. “We wrote that line a few weeks before it was officially overturned. It was a placeholder of doom,” she said.

Long known for her political activism, Eilish recently partnered with the non-profit voter registration organization HeadCount in an effort to encourage more Gen Z voters to head to the polls. “With what is going on in our country, we need to get out to the polls and vote for what we believe in,” she said in a statement. “Not showing up is not an option.”