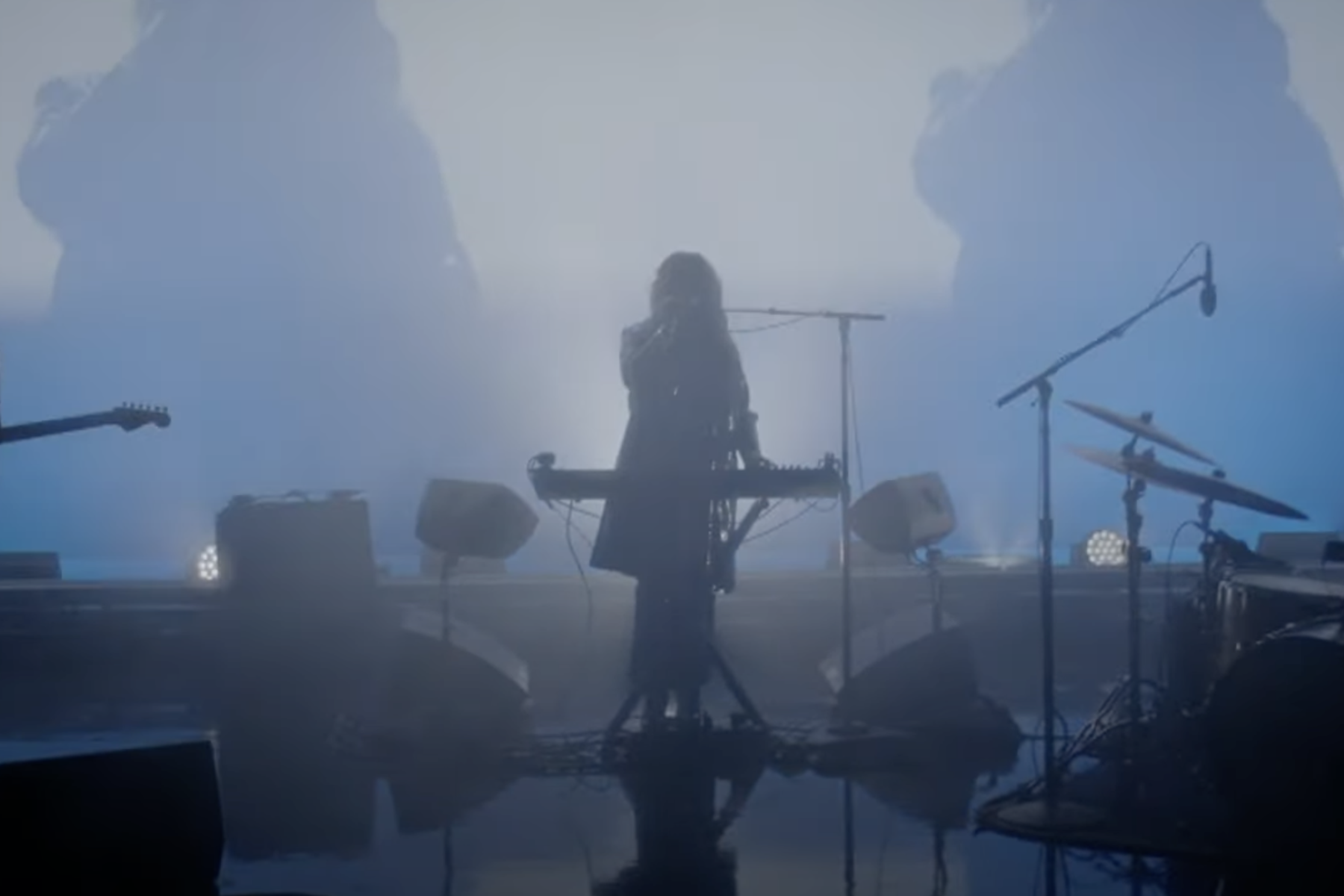 Beach House transformed the Late Show With Stephen Colbert stage into an indie pop dreamscape with their performance of “Superstar” Thursday. The shoegaze-inspired track comes off the group’s most recent album Once Twice Melody, which was released in February of this year.

The Baltimore duo of Victoria Legrand and Alex Scally are longtime figures in the indie music world — and in the 15 years since the release of their debut album, the group has transformed from DIY darlings to hotly tipped musicians whose work has been sampled by the likes of Kendrick Lamar and The Weeknd. Once Twice Melody — which is divided into four distinct chapters — marks Beach House’s eighth studio album and sixth full-length release for Seattle’s Sub Pop Records.

Once Twice Melody was recorded over the course of the pandemic in Minnesota, California, and Maryland. In addition to cutting the album, the band also spent their time working on a video collaboration with art collective Meow Wolf, titled “Marin’s Dream.” The piece debuted as a part of the permanent collection at Las Vegas’ Omega Mart art installation in early 2021.

Beach House is currently touring in support of Once Twice Melody, with the run wrapping July 24 in Washington, D.C.