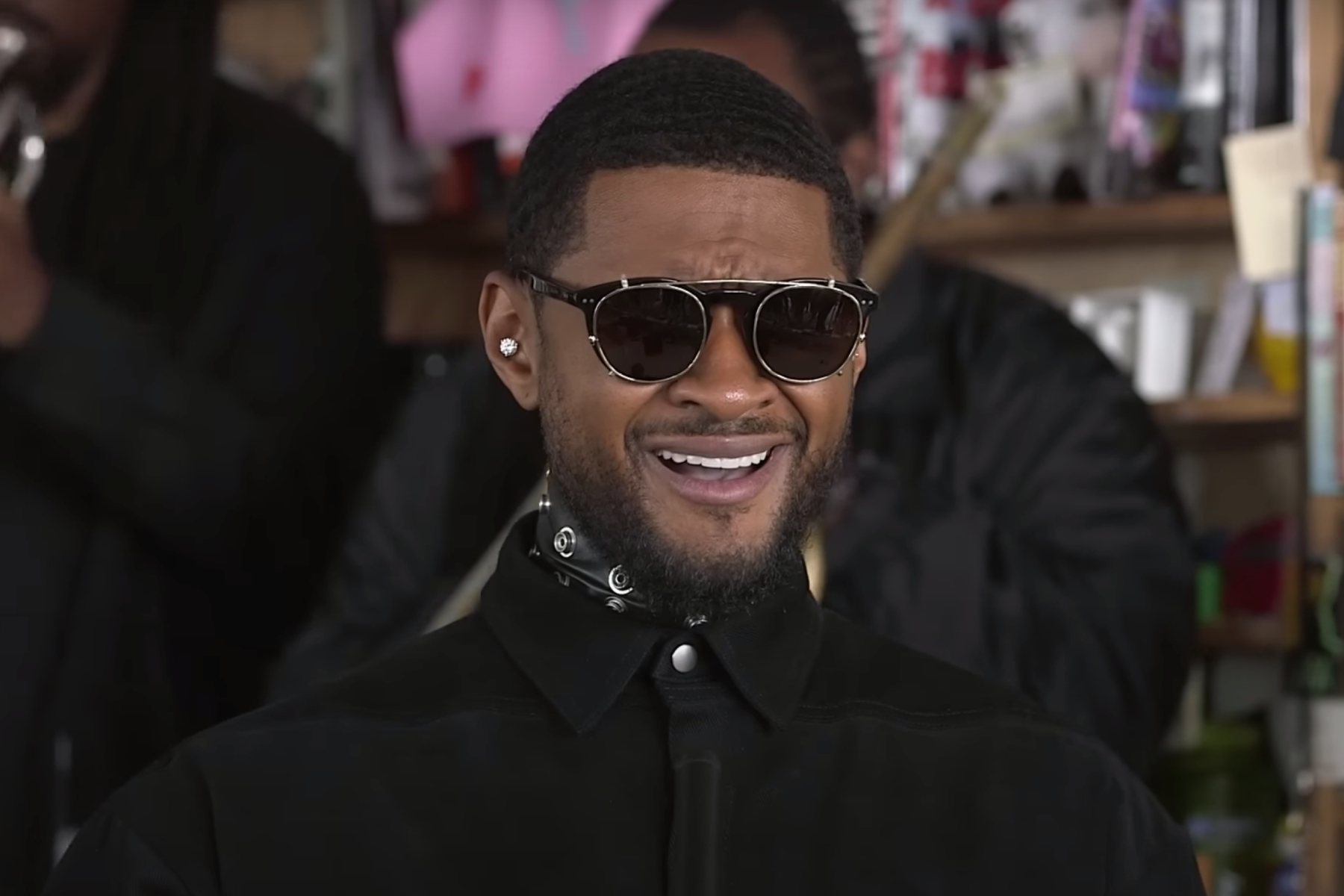 In the latest installment of NPR’s Tiny Desk concert series, Usher took the studio audience back with a performance of some of his greatest hits. The R&B heavyweight, clad in all-black, serenaded the eager crowd with songs fit to make anyone swoon.

NPR’s final addition to Tiny Desk’s Black Music Month schedule saw the R&B superstar making his Tiny Desk debut and performing tracks that span more than two decades. The show began with a song from Usher’s second studio album My Way — his 1997 hit “You Make Me Wanna…,” which marks its 25th anniversary in August. Other songs performed include “Superstar,” “U Don’t Have to Call,” “Nice & Slow,” “Confessions Part II,” and “My Way.”

The show, which took place before Usher’s appearance at the Something in the Water festival, had the audience singing along and screaming their approval of the artist’s impressive vocals and riffs.

Usher expressed the joy he felt sharing his career-spanning material. “This is Black magic right here,” he said. “I really, really am happy just to be able to celebrate all the years of music.”